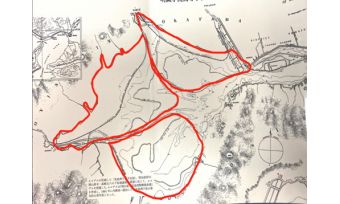 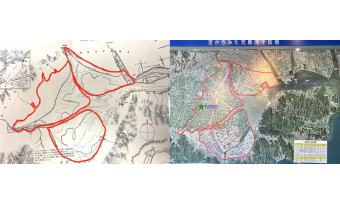 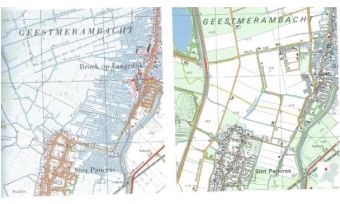 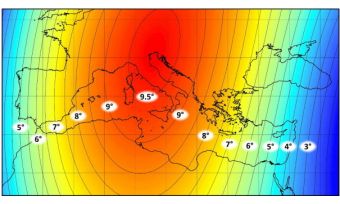 Crazy about history? Crazy about history? Join us in an Afternoon of History… This year, The FIG Permanent Institution of History of Surveying joint forces with De Hollandse Circle to put together a programme for an afternoon of history during the FIG Working Week. In this article we have highlighted a few of the papers that are related particularly to the history of Dutch Surveyors and Dutch Surveying which takes you all the way to Japan. Enjoy.

Reclamation Cooperation Between the Netherlands and Japan from the Samurai Period

Kengo Okada, CEO of Ripro Corporation, Japan has contributed with a paper that pays tribute to the corporation between Dutch engineers and the Japanese Government 140 years ago when the Samurai era ended. The Dutch engineers worked together with Japanese ex-Samurai governer and private companies. Their plans are still affecting their lives 140 years later. The technology has also helped and protected many people from recent Japanese flood disasters. Kengo writes "We are thankful for old Dutch engineers and ex-Sumurai and wish to continue good cooperative relationship through their wonderful work.  We wish continued success over next generation." Read the article.

A Century of Surveyors’ Involvement in Land Consolidation in the Netherlands

by Martin Wubbe and Paul van der Molen, the Netherlands

In 1916 the first land consolidation took place in the Netherlands: the project ‘Ballumer Mieden’ on the island Ameland. Land consolidation legislation did not exist yet, so the reallotment was purely on a voluntary basis. The project was small and comprised 190 hectares only, but the 119 landowners/farmers owned a total of 3600 different parcels! Land surveyor Klompe of the Dutch Kadaster was successful in consolidating the 3600 parcels into 219 parcels.

The differences between all those successive acts concern in the first place the ever broadening of the scope of land consolidation, namely from merely agricultural towards integrated and regional, and in the second place a continuing refinement of instrumental options.

The paper deals with the issues from the perspective of land surveyors, addressing their commitment during this century of land consolidation. The background of the paper is an extensive report (in Dutch) on the matter, published by De Hollandse Cirkel, the Dutch association for the history of the geodesy. Read the article.

The sudden appearance of portolan charts, realistic nautical charts of the Mediterranean and Black Sea, at the end of the thirteenth century is one of the most significant occurrences in the history of cartography. Using geodetic and statistical analysis techniques these charts are shown to be mosaics of partial charts that are considerably more accurate than has been assumed. Their accuracy exceeds medieval mapping capabilities. These regional charts show a remarkably good agreement with the Mercator map projection. It is demonstrated that this map projection can only have been an intentional feature of the charts’ construction. While the physical charts are without doubt medieval, the possibility is eliminated that the charts are original products of a medieval Mediterranean nautical culture, which until now they have been widely believed to be. Their true origin must lie considerably further back in time. Read the article.