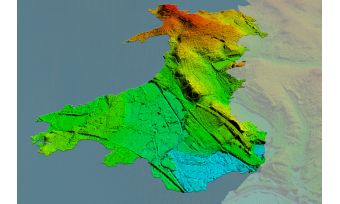 Aerial mapping company Bluesky International has been awarded a contract by Natural Resources Wales, on behalf of the Welsh government, to conduct a high-resolution laser-mapped aerial survey of the whole of Wales. Working alongside Natural Resources Wales and the Welsh government, Bluesky will capture the data at a resolution of 2 points per metre before processing and delivering Lidar data for more than 20,000 square kilometres of the rural and urban landscape.

The Bluesky Lidar data will be employed in a range of policy areas including flood modelling, forestry management, coastline monitoring, urban planning and archaeological conservation. In addition to being used internally by the Welsh government and Natural Resources Wales, the Lidar data will also be made publicly available in due course, via the government’s Lle Geo-Portal website and Bluesky’s Mapshop.

“Historically, Lidar data has been acquired over Wales at various points in time from the 1990s onwards,” commented Paul Isaac, project manager at Natural Resources Wales. “However, since these datasets have been collected for different reasons a patchwork of data exists that is inconsistent in terms of capture technology, coverage and resolution. Also, many of the high altitude, mountainous areas have not been captured at all resulting in key habitats and ecosystems remaining unmapped.”

“This pattern of largely uncoordinated acquisitions would likely have continued with different programmes and projects funded from various sources,” he added. “Therefore, rather than different public-sector bodies securing data individually – leading to inefficiencies and discrepancies – the Welsh government proposed to capture one consistent dataset to cover the whole country. A further key driver for the projects is the wider economic benefit as organizations and individuals will no longer have to fund separate data capture.”

Bluesky was awarded the National Lidar for Wales contract following a formal tender process with responses evaluated on technical ability as well as price. All tenders were required to provide a detailed methodology of how they would complete the project to the published specification.

“Bluesky was able to provide evidence that they could provide the required services at a competitive price,” concluded Paul Isaac. “Bluesky also showed they had extensive experience in this field having successfully delivered a number of related projects.”

Rachel Tidmarsh, managing director of Bluesky International, added, “We are delighted to be working with Natural Resources Wales on this nationally significant project. As a team we have great experience delivering large scale projects of this nature to the required specification and timescales.” 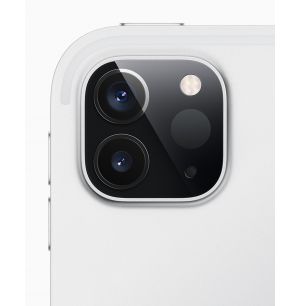