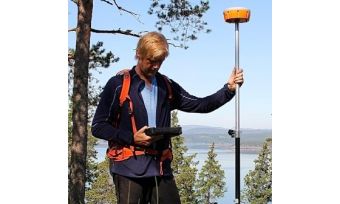 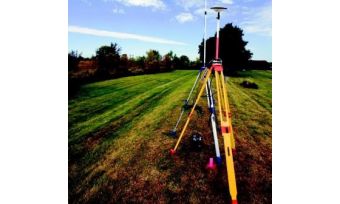 Altus Positioning Systems provides high-precision GNSS surveying equipment through its international sales network. Based in Torrance, California, USA, Altus is a part of the Septentrio group of companies and has primary responsibility for positioning systems in the surveying and GIS business sectors.

Altus was founded in April 2007 with a primary goal of bringing choice, quality and value to a marketplace which in many ways had consolidated in a few very large suppliers. Torrance, Altus’ original home, was a logical location for the company due to its long history of involvement with satellite positioning technology: Magnavox, an early GPS pioneer, was based there, and Raytheon and Hughes had large involvements with GPS development. Within the immediate neighbourhood today are Navcom, a subsidiary of John Deere, and Antcom, a Hexagon company specialising in antenna manufacturing. This creates an environment of cross-fertilisation and a natural talent pool.

Septentrio, based in Leuven, Belgium, was founded in 2000 and was the supplier of high-precision GNSS receiver engines for Altus’ family of GNSS products. Septentrio eventually became a major shareholder in Altus in 2011, expanding the company’s access to leading technology and growing market access around the world. Altus originally manufactured its products in Torrance, but following tighter integration with Septentrio production now takes place in Leuven, where the group has consolidated operations.

Altus’ primary product offering is the APS-3 family of GNSS RTK receivers. The APS-3 platform provides a 136-channel GPS/GLONASS/SBAS receiver, hot-swappable lithium-ion batteries, a removable 2GB SD card and other features. There are now over 5,000 APS-3 units in use around the world.

The APS-U was introduced in 2011, targeting machine control, agriculture, aerial photogrammetry, heading sensor and military applications. It was followed in 2012 by the APS-3L, the first GNSS survey receiver on the market with embedded L-band capability to work with the TERRASTAR-D differential correction service.

A key element in Altus’ product strategy is the open-architecture design, which avoids restrictive workflows that force the user into expensive long-term decisions. The modular approach allows the user to select the most efficient field computing solution and the most inclusive survey software. As a result, Altus achieves a low cost of ownership based on an inclusive warranty policy, flexible choice of open software and the ability to work with any RTK corrections network.

Although surveying has been Altus’s main focus, the rapidly growing interest in high-precision positioning has meant other segments generically entitled ‘GIS’ now make up a higher proportion of the business and drive new product development. In 2013, Altus became a member of the global Esri Partner Network for the ArcGIS platform. This enables Altus to work directly with Esri users to develop and deploy seamlessly integrated solutions using Altus’ GNSS surveying instruments with Esri database tools.

Altus now hosts the survey and GIS product management & support components of the Septentrio group and the sales team for Septentrio products in the Americas. Having been a manufacturing centre for the previous six years, Altus also has a very well-qualified service department and deals with service issues around the world as well as supporting service centres in Norway, Germany, Australia and Indonesia.

Led by Neil Vancans, founder and president of Altus Positioning Systems, Altus’ open style of management and employee engagement optimises productivity with a relatively small team. Currently, there are 15 employees working in the Torrance facility, augmented by the parent company Septentrio in Belgium with a total of about 100 employees in total.

Altus’ main geographic markets are China, Europe, Australia and the Americas, together with Russia and Canada. Topographic, cadastral and civil engineering surveyors form the historic client base, but the introduction of the APS-U, based on the demands of the offshore positioning and marine construction market, has extended the appeal of the company’s products into new areas. This has been followed by growth from the energy sector for exploration and asset management applications.

Major international deployments of the APS-3 products include the German Land Development Office for use as control in monitoring and verifying agricultural production, and the Norwegian Land Consolidation Court Division for use in supporting resolution of legal disputes over land ownership.

View on the Future

In response to the continuing trend toward open-architecture systems as well as solutions that leverage the power and flexibility of smartphones, tablets, mobile apps and ‘the cloud’, Altus has launched its next-generation RTK rover, the APS-NR2. It has a built-in web interface and integrated Wi-Fi for easy remote configuration and status monitoring, as well as Bluetooth for real-time data streaming. The user has a choice of Carlson SurvCE, MicroSurvey FIELDGenius or direct interface to Esri ArcGIS Online, as well as proprietary customer-developed software. Altus sees this as a major contributor to changing the paradigm associated with data capture and allowing ease of use of high-precision positioning in advanced database products with a minimum of intermediate software. 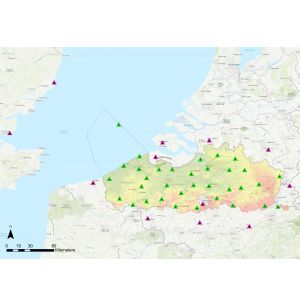