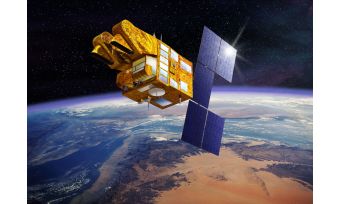 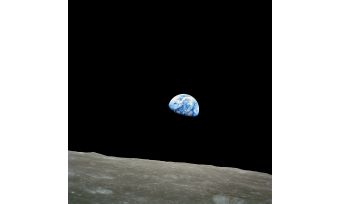 This year marks 50 years since man first set foot on the moon. The Apollo-11 spaceflight landed on the moon on 20 July 1969, and just a few hours later Neil Armstrong and Buzz Aldrin were the first two humans to step onto the lunar surface. The breathtaking photos of our planet taken from the moon – also the famous Earthrise photograph taken in December 1968 during the Apollo 8 mission – have since become some of the most iconic pictures ever. However, these were not the first images of Earth captured from space; the first satellite photographs of Earth were taken on by the U.S. Explorer 6 in August 1959. To be honest those images didn’t give us much information, comments Wim van Wegen in his latest contribution to 'GIM International'. For example, the first image showed only a sunny area of the Central Pacific Ocean and its cloud cover. Now, 60 years later, it’s impossible to imagine life without satellite imagery.

The evolution and rise of satellite technology has brought us an extra dimension. Satellite imagery is available everywhere nowadays, not least thanks to Google Earth – launched in 2001 – which renders a 3D representation of our planet built on satellite imagery. It combines satellite images, aerial photography and GIS data to create a 3D globe, including photorealistic 3D imagery of hundreds of cities all over the world. Google Earth uses digital elevation model data acquired by NASA’s Shuttle Radar Topography Mission.

Generation Y (also known as the ‘millennials’) and especially generation Z – the ‘digital natives’ – take satellite imagery and its many applications for granted. But it is all the result of endless trial and error, a lot of pioneering work, continuous innovation and the unmeasurable brain capacity of some of the smartest scientists in the world. Satellite imaginary has made an immense impact on many aspects of life, ranging from cartography, hydrology and meteorology to agriculture, geology and intelligence. It has enriched society with countless new solutions to improve our daily lives – and it will be a key tool to overcome some of the most urgent problems currently faced by our planet.

Sometimes the methods for tackling these problems are surprisingly less complicated than one would expect. A striking example of this is the Farmer-managed natural regeneration (FMNR) technique used in Niger and some of its neighbouring countries. In the Sahel, a gigantic region in northern Africa that comprises a belt of over 1,000km from north to south and 5,500km from the Atlantic Ocean to the Indian Ocean, desertification is a major issue. 12 years ago, satellite images were key in Chris Reij, a Dutch sustainable agriculture expert at the World Resources Institute, ascertaining the extent of the greening phenomenon known as FMNR: 250 million trees across six million hectares. FMNR proved to be a way more successful method than the prestigious – and expensive – Great Green Wall, the flagship initiative to combat the effects of climate change and desertification in North Africa.

The satellite industry is a high-cost industry, but it also generates solutions that save money and make the world a better place. The natural regeneration project in Niger is an example that gives new hope and inspiration for a sustainable future – not only for the generations Y and Z, but also for their descendants.