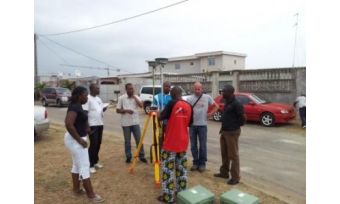 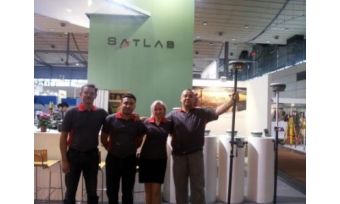 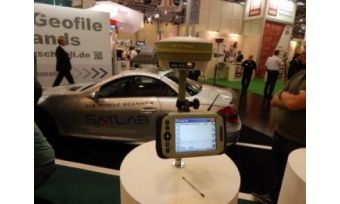 SatLab Geosolution is a Swedish satellite positioning solution company with its headquarters in Gothenburg on the west coast of Sweden. The company was founded by a group of passionate and pioneering engineers from the GNSS industry who between them have more than 40 years of experience in the geospatial and GNSS industry. SatLab Geosolution engineers are keenly aware of the missing technical and administrative features of the products that are currently available on the market. Thanks to this awareness, all of the company’s products reflect the high standards requested by the surveying community.

The idea of creating a new GNSS surveying receiver company came about around the end of 2009. The basic idea was to have design and development in Sweden and production in Asia. In early 2010, initial steps were taken to find a suitable ODM partner for the production, and a production agreement was signed in March 2010. In July of that year, SatLab Turkey Ltd was founded, based in Ankara. The company’s first product, the iSurvey SL500, a survey-grade ‘on the pole’ solution was subsequently officially launched at Intergeo 2010 in Nuremberg, Germany. At around the same time, SatLab s.r.o was also founded in Jicin, Czech Republic.

The company strategy was to establish wholly owned companies in parts of Europe where there were investments in infrastructure and, from these regional companies, to manage a network of distributors in surrounding countries. The strategy also included development of a GNSS receiver brand with a Swedish identity, product quality and customer service/support but in a price range suitable for the regions.

Nowadays, ‘on the pole’ GNSS RTK equipment is a commodity. RTK is not what it used to be; it was a ‘heavy nightmare’ with cables, radio modems and batteries, not to mention the necessity of having your own base station – which meant it had a sizable price tag too! Reliability was not that good either, calling for an extensive service and support organisation if you were to stay in business. In today’s world, most countries have CORS networks which makes the surveyor’s life so much easier. Also, modern RTK systems have virtually no cables at all and, thanks to modern lithium batteries, the equipment stays powered up for the whole day. This ease of use and also a significant price drop on these systems is attracting a new group of customers: businesses like landscaping companies, architects, disaster rescue teams, fire fighting and police organisations will increasingly start using this technology in their daily work.

With Chinese manufacturers arriving on the scene, a different situation is set to evolve in the GNSS surveying equipment marketplace. So far,

Chinese manufacturers have been relying on Western technology for the signal-receiving and processing aspects of their products but, in view of their own Beidou satellite system, they will soon start to integrate domestically developed core technology. The current domestic market for ‘on the pole’ GNSS surveying systems in China is approximately 40,000 systems/year. With quantities of this magnitude, the price point of the systems is completely different to what is experienced in the US or in some European countries. So far, there has been some reluctance among the professional surveying community to buy high-tech surveying products from China. The main reasons have been issues like service and support, doubts about product quality and the availability of spare parts, badly written manuals and suchlike.

SatLab Geosolution AB is addressing all these issues by having a range of GNSS products with a Swedish identity, guaranteeing product quality and an industry-

standard service and support organisation at a price point very much appreciated by customers. The company has also decided to use only one supplier of field software for all products, since that makes it much easier to support the end user. One could argue that this is a limitation of sorts, but the advantages far outweigh the disadvantages.

The company has enjoyed tremendous growth over the past three years. Today, there are 17 active distributors, primarily in Eastern European countries, selling SatLab products. During 2014, the organisation will be incorporating SatLab LLC in the USA, which is another key target market. Future growth will not only come from operations but also from launching new products and solutions. The company will soon be launching a brand new survey-grade GNSS system capable of tracking all available satellite systems to be used in surveying and machine control systems. Moreover, SatLab Geosolution AB has recently invested in developing a 3D laser scanning system together with its Chinese ODM partner as well as Wuhan University in China. The first product is expected to be available towards the end of 2014. As the company itself says: ‘Changing times – time for change’.