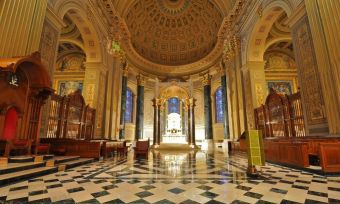 Surveyors have been working for centuries on creating cadastres, measuring buildings and other construction works, building roads and suchlike. Whenever there was a need for measuring with coordinates, the surveyor was called in. And, in effect, nothing has changed – and yet everything has changed too. After all, no one can claim that surveyors are working in the same way and at the same pace as they did decades ago. While it is true that the surveyors are called upon whenever measurements are needed, nowadays measurements are needed everywhere and on a continuous basis. Read on for thoughts on what this could mean for the sector.

In April, Greg Bentley, CEO of software company Bentley, held a keynote at this year’s SPAR 3D Expo at The Woodlands Convention Center in Houston, Texas, USA. He shared details of the amazing project his company has carried out in conjunction with a number of partners to ‘model’ the papal visit to Bentley’s hometown of Philadelphia last September. To do justice to this honour, the company utilised the newest techniques in order to minimise safety risks and create the optimum set of circumstances under which Pope Francis could attend the World Family Meeting in the city. Bentley explained how everything started with a 3D reality mesh of Philadelphia, enriched with some 28,000 digital images. A model was made not just of the outdoors, but also of the indoor environments, such as the inside of the Cathedral Basilica where the pope would celebrate mass. The reality mesh was used also to draw and plan all the safety barriers that needed to be set up for security reasons or to guide the crowds, as well as water stations, traffic routes, decorations, etc. The whole visit could be visualised upfront – it was even possible to show the influence of different weather situations.

The surveying in this project was no longer the work of the specialists alone; a lot of people were involved too, helping to photograph the interior of the cathedral and other places the helicopter and unmanned aerial vehicle (UAV) were unable to capture from the right angle. Engineers, planners and processors joined in, envisioning the real world in a model. The papal visit to Philadelphia was a success, probably not just because of the reality mesh that Bentley made, but it certainly contributed to the flawless logistics of the event and generated experience that can and will be put to good use in the future. In his keynote at SPAR 3D Expo, Bentley identified ‘continuous surveying’ as being key in the future of the profession due to a number of factors: increasing geocoordination of all data captured, extremely high-quality digital photography that can be used in seamless 3D models, real-world engineering models, and last but not least the ubiquitous UAVs that are creating so many more possibilities to conduct surveys quickly, cheaply and at all times. As a result, it will no longer be necessary to call in the surveyors for a particular project; they will already be there, because they will be continuously surveying 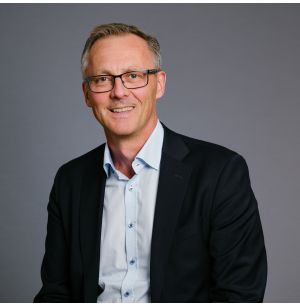 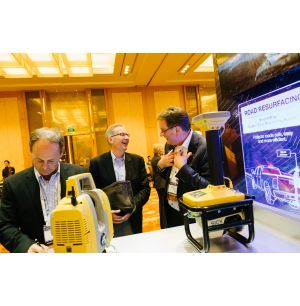