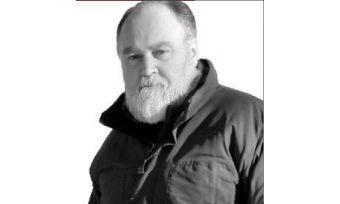 Author, professor, and originator of Map Algebra, Dana Tomlin was inducted into the URISA GIS Hall of Fame in 2010. It was an honour bestowed in recognition of his many distinguished and ongoing contributions to the field of geographic information systems (GIS). As a teacher and researcher he focuses on the development and application of GIS. In addition to his role as lecturer, Professor Tomlin has been involved in a number of high-level ecological research projects. His extraordinary contributions to GIS extend across a number of years and a wide variety of applications. GIM International caught up with him to find out more about what motivates and inspires him.

How did you get into the field of GIS?
As an undergraduate I was among those quite opposed to the use of computers. It was the late 70s and the idea of using a machine to do what could otherwise be done by hand was completely alien to me. Later, as a graduate student, I found that I was completely intimidated by technology. I suspect it was my own anxiety that caused me to then jump into it so aggressively. At the end of my first year of grad school, my professor offered me a job in GIS. I asked him why, and he replied that I was the only student who had never spoken to him throughout the whole year. That seemed like a good enough reason to me. But what really appealed to me about the position was that the field of research appeared to be similar to the work I had done in landscape architecture. It was all about thinking spatially, and I like to use the right-hand side of the brain. I began to think in terms of spatial algorithms and found I was getting the same kind of gratification from GIS as I had from landscape architecture.

What inspired you to create the Map Algebra language?
It was thanks to my graduate school experience in the early 80s. There were three professors whose influence on me was significant at this time. The first was the professor who offered me the job. We were working within very early GIS systems and many of the ideas which would become Map Algebra were embodied at this stage. The second professor encouraged me to use computers to see how we look at and find patterns in wildlife habitats in particular. That sucked me right into the field. The third professor was more of a generalist whose interests lay in the language of Map Algebra itself rather than its applications. But then there were also my classmates who had to do complex things with rudimentary GIS capabilities. I really enjoyed being able to respond to the requests and requirements of my fellow students. Map Algebra provided a framework for classifying ways to combine map data to produce new maps. It's primarily applied to raster datasets, but can also be applied to many types of cartographic information.

How is Map Algebra still used today?
It's been extended to 3D, time and other domains. It's also being used for a wide range of GIS applications, including suitability modelling, surface analysis, density analysis, statistics, hydrology, landscape ecology, real estate, and geographic prioritisation. There are different flavours of Map Algebra today, but the concept is used now in just about every GIS application that supports raster calculations. We're seeing the use of the basics of the language in the construction of more sophisticated models. Suppose someone is interested in hydrographic modelling, or wildlife, or real-estate development, and they have access to the data and insights to predict the location of high- or low-quality areas according to specific requirements. They can codify this in the form of a GIS programme so that it looks at shapes, striations and other complex information which can then be packaged and distributed to interested parties.

You've been involved in a number of high-level ecological research projects. What drew you to these?
As a true child of the 60s, the prospect of saving the earth seemed appropriate and doable. I started out at forestry school, but then I discovered landscape architecture, which is all about designing outdoor and public spaces to achieve optimum environmental, social and aesthetic outcomes. The more I studied, the more it fulfilled a certain creative need I have. I was drawn to the investigation of social, ecological and geological conditions and processes in the landscape. As a result, I went back and forth between ecology and environmental design. GIS encompasses both fields.

You have worked as a teacher and lecturer for many years. What are the most important challenges in GIS education today?
In the past my response would have been decidedly pragmatic. I would have cited the availability of data, the cost of software, and access to machines. Today, that is not true at all. The tools and toys get more powerful and less expensive every year. Because of this the focus is more on the education itself. The greatest challenge today is to encourage students not just to master the course in the technology sense, but also in the creative sense. The most difficult assignment I give to my students each year is when I ask them to make up their own assignments. It's challenging for them, even though they are in the prescriptive rather than restrictive field of landscape architecture. The problem has to do not with the distinction between science and the arts, but more with the demanding workload. The students are more than sufficiently challenged already, so it's hard to get them to sit back and think creatively.

What advice do you have for young people who want to study GIS?
I like to apply the automotive metaphor to GIS: decide whether you want to be the driver or the mechanic of the vehicle. In other words, do you want to go somewhere, or do you want to focus on the tools? Of course, you also have the option of being and doing both, which is what I have done. I am a tool builder, but I also enjoy working with an enormous variety of applications. I find the combination of these two aspects of GIS very satisfying.

Where is GIS going?
I'm not the best person to ask. An old dog is not as inclined to learn new tricks. But I can say that GIS is taking to the streets, literally, through GPS, social networking and the like. The nervous system of the planet is evolving every week, and what GIS brings is the ability to acquire information, but also to interpret it. People can think more about the decisions they make daily. In the past GIS was applicable only in the professional world. Today it's part of everyday life - from transport to health, crime, and real estate, more and more of the decisions we make are automated by way of smartphones. It will become more and more routine to drive down a street and know about the weather in the area, the history, nearby hospitals and clinics, and local crime statistics, for example.

What is driving the advancement of GIS today?
Initially, back in the 60s and 70s, the development of GIS was impacted by the environmental movement. After that the dollars for development support came from the military. Today the money is in crime and video games. Easy-to-use GIS applications have allowed crime mapping and analysis to flourish.

Will GIS be web-based in future?
It's already there. Had you asked that question five years ago, the answer would not have been as obvious. Essentially, the web enables us to work directly with phenomena we would otherwise only be modelling. Access to spatial data as well as advanced mapping and spatial analysis over the internet is becoming more common. It's enabling professionals in the field to make decisions and disseminate results; they can be in real places in real time. That changes the whole ball game.

What is your view of Open Source GIS?
The relationship between commercial and non-commercial sectors is necessary and beneficial in any public arena. Like independent filmmakers, non-profit organisations and bloggers, open-source GIS is supplied by people who operate outside the normal structures, so they have the mobility and flexibility to act in ways that regular people and institutions cannot.

You have a reputation for sharing your knowledge and ideas freely. Why is this important to you?
As a young academic and a junior faculty member I was extremely generous. I saw that as a way to establish my reputation far more effectively and efficiently than waiting for academic papers to do the job. I gave my source code, documentation and other materials to anyone who asked. That's why the Map Algebra vocabulary, concepts and MAP algorithms are embedded in virtually every raster GIS on the market. I believe in freely sharing ideas and insights with students, educators, software developers and others in the GIS industry.

What lies ahead for you professionally?
This question reminds me of a project I was involved in a few months ago with a Philadelphia-based company called Azavea. It creates geographic web and mobile software, as well as geospatial analysis services. The company works on projects with strong social value, and my work there got me back into what led me to GIS in the first place. I would like to focus in future on the conceptual design of geometric algorithms. I also enjoy working with my students and communicating with people from all over the world to grow the GIS knowledge base.