Solutions from Airbus Defence and Space 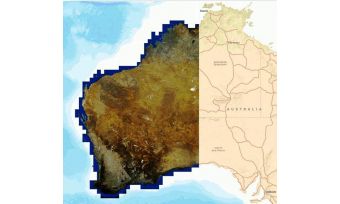 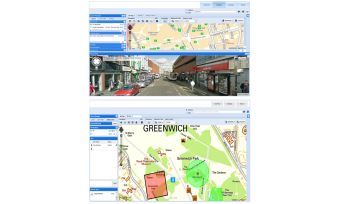 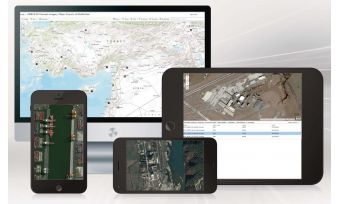 Easy access to repositories of space-borne imagery and other geospatial data is becoming increasingly important now that sensors are able to produce petabytes of data in the blink of an eye. The value of imagery to customers relies not only on its quality, but also on the ability to provide easy access to, and management and analysis of, the resulting geodata. Here, the author presents the geodata management services developed by the Geo-Intelligence programme line of Airbus Defence and Space and its strategic partners to serve the diverse needs of a broad spectrum of users.

The twin Pléiades satellites are each able to collect up to 1 million km² worth of imagery daily, and SPOT 6 and SPOT 7 can each acquire up to 3 million km² per day. The TerraSAR-X and TanDEM-X radar satellites also have a high acquisition capacity. To make handling this massive amount of satellite imagery less cumbersome and to reduce access costs, the data management services offered along with the image products are crucial. Such services are often best provided as secure, hosted/cloud-based portals which allow authorised users access to their data anytime, anywhere, and which ease dissemination to others. These services can also be installed on-premises, behind the organisation’s own firewall. The following are four examples of how organisations are using Airbus Defence and Space solutions to manage their geodata.

Airbus Defence and Space’s own online sales portal, GeoStore, provides access to the company’s imagery archive and satellite tasking capabilities. The platform technology behind this portal is the DataDoors software. Organisations can use custom-branded DataDoors portals to manage and disseminate all of their proprietary and third-party data. An example of this is the Netherlands Space Office’s (NSO) Dutch Satellite Data Portal, which opened on 21 March 2012 within the framework of the European Copernicus (formerly the Global Monitoring for Environment and Security (GMES)) programme launched by the European Space Agency (ESA). In 2015, a series of satellite missions – Sentinels – will be operational for delivering satellite data free of charge for applications including precision farming, subsidence monitoring, water management and forest monitoring. This innovative Earth observation programme will revolutionise the way businesses, institutions and government agencies will use satellite data in the future. In the run-up to this, NSO – along with Airbus Defence and Space – is currently providing Dutch citizens with imagery collected daily over the entire country of The Netherlands. The images are captured by the FORMOSAT-2, Deimos-1/UK DMC-2 and SPOT 6 satellites. This portal, which was awarded the Geospatial World Innovation Award for Technology Innovation in Big Data in 2014, enables the NSO to efficiently disseminate imagery to Dutch citizens free of charge and to track who is using it. Providing single-point access to this large amount of imagery gives Dutch organisations a competitive advantage in geobusiness.

Government agencies in Western Australia have a need to easily share geodata for environmental mapping, cadastre, infrastructure, engineering, agricultural and emergency services purposes. The Western Australian Land Information Authority (Landgate) is responsible for coordinating the supply of data while minimising duplication of resources by collecting geodata just once and distributing it across the government. To address this need, Landgate developed a platform called the State Land Information Capture Program (SLICP) for which a high-quality foundation dataset was required. With complete, seamless coverage of Western Australia’s 2.6 million square kilometres of land mass, the 2.5-metre-resolution SPOTMaps mosaics (see Figure 1) fulfil Landgate’s need for a high-quality foundation dataset, and delivering the mosaics through a streaming service supports sharing across the State government. Users can now quickly access SPOTMaps via their GIS software or web browser, which eases integration into workflows.

To ensure safety and security during the 2012 London Olympics Games, the UK police departments needed a way to view and share maps, real-time camera data and other data in a secure and uniform manner. The existing desktop GIS systems, loaded with different types of maps and data that were not linked to one another, did not meet the requirements. Therefore, Airbus Defence and Space helped to develop a single spatial data infrastructure based on interconnected platforms (Figure 2). The result is a web browser-based mapping portal using another of the company’s core products – GetGeo – which enables analysis of links between people, objects, locations and events. A coherent set of geodata was created from Ordnance Survey’s complete range of mapping data, including aerial photos. Added to these were datasets especially created for the Games such as an audit of all street furniture around Olympic sites and the Olympic route network. The single-point access portal supported authorised police officers in sharing information transparently and in a harmonised manner. The collaborative environment allowed sharing of data on traffic accidents, riots, fires and more in real time. The system also allowed post-event analysis.

To perform their numerous operations, intelligence agencies have to merge and manage maps, imagery, videos, track & trace, communications, open-source information, field intelligence and much more. To access, visualise, search, merge and analyse such data from worldwide scale to 3D urban level, the French Ministry of Defence developed a virtual globe, which Airbus Defence and Space named I4D to serve a wider audience of intelligence agencies. In order to fit all agency sizes and organisational set-ups, the storage volume of data is scalable while extensions can be made. Like many of the company’s data management services, to ensure interoperability I4D supports all OGC standards as well as all major raster, vector and multimedia formats. Meanwhile, to make data and information querying and filtering easier, I4D contains an embedded timeline tool which supports the retrieval of data covering different areas and captured at different times. Figure 3 depicts a combination of data sources to identify a suspect vessel.

With newly developed premium content services available through the ArcGIS Marketplace, ArcGIS users can easily access Airbus Defence and Space satellite imagery and monitoring services. The most popular services is an app that can be used to order newly tasked Pléiades and SPOT data and to archive it simply by clicking a point on a map (Figure 4). The imagery is automatically produced and delivered as an Image Service through the user’s ArcGIS Online account. A newly developed plug-in enables users to search the 1.5m SPOT 6 and SPOT 7 and 50cm Pléiades data archives within the ENVI environment and gather the information they need to quickly place an order. Together with Exelis, makers of ENVI, Airbus Defence and Space is also currently offering a voucher programme that enables anyone who purchases a new ENVI licence to receive EUR1,000 worth of imagery for free.

Jessi Dick has been with Airbus Defence and Space for nine years, having first directed the marketing activities for the North American office before moving into the global role of senior marketing manager for the company’s cloud and overall data management services as well as online and software partnership

Figure 4, Access to Pléiades and SPOT data through ArcGIS Online.