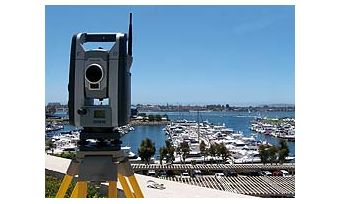 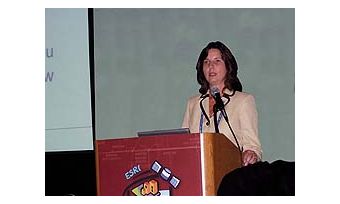 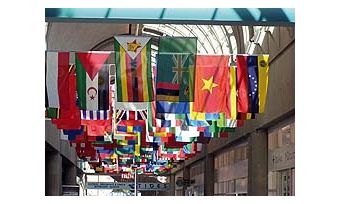 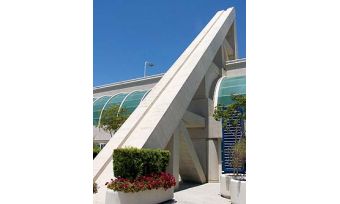 We hear all the time how surveyors should engage with the GIS field, both to improve the accuracy of maps and create work opportunities. That time of year came round again recently when surveyors and GIS folks make the annual pilgrimage to beautiful sunny San Diego in California, for a week at the ESRI User Conference.<P>

The Survey Summit portion of this week serves as prelude to the main gala at the San Diego Convention Center, running Saturday and Sunday. Saturday was an all-day plenary scenario, while Sunday featured breakout sessions.

Brent Jones, surveying/engineering industry manager for ESRI, welcomed the Survey Summit crowd. A technology guru, Jones compared surveying to media technologies such as newspapers, Twitter, PDF, and AutoTrader.com, declaring that those who turn data into information "succeed". More data should be transferred to the operation and maintenance stages of a project after it was built, he stated, as 75% of a project's costs were incurred here. In essence, turn project data into system data.

Next up, Juliana Blackwell, director of NOAA's National Geodetic Survey, related the history of NGS and how Thomas Jefferson mandated it for our new country when he was president. Today NGS manages a network of over 1,300 Continuously Operating Reference Stations (CORS) and an additional 220 co-operative CORS.

After lunch attendees headed to one of two sessions from the conference's Platinum Sponsors; we ventured to that given by JAVAD GNSS because of the waves made by Javad Ashjaee in recent years with his new line of GNSS receivers. JAVAD has become the first receiver to work with ArcPad data-collection software out-of-the-box to give survey-grade accuracy. Trimble, the other sponsor, showed off its Trimble Access software which provides the survey industry with a comprehensive data-collection solution bridging office and field.

Sunday brought with it a bevy of breakout sessions to choose from, most on case histories or subjects integrating surveying with GIS. I sat in on ‘The Technological Revolution in the Geodetic Unit at MnDOT'. Mar Alojado, senior land surveyor for the state of Minnesota, teamed up with Ben Butzow, a state GIS practitioner, to give an overview of how their DOT has adopted GIS. Actually, the state has many GIS, and a handful of agencies are implementing them, including the Land Management Information Center. A major project had them using 27 students entering data on 70,000 historic survey markers throughout the state to create a GIS for managing them. It has been very successful for us," Butzow reported.

In his address ‘Using GIS and Survey Grade Data for Urban Energy Operations', Robert Young of Young and Associates Surveying and Mapping in Texas described how GIS could help in selecting sites for drilling natural gas wells and mapping a pipeline route. Choosing routes in urban environments got complex, he said, because they intertwine with roads, buildings, power lines, other pipelines and various underground infrastructure. An example was the "Peaceful Pipeline": they had to bore under an airport runway to place it. Adding survey-grade coordinates and high-resolution photogrammetry helped in analysing a route. An accurate base-map of the parcel fabric was a must, and on-ground surveys provided this. Young stressed that surveyors should work with the GIS world, in some cases even giving away their work initially to get clients interested.

About 11,000 people attended the ESRI User Conference, down from the 14,000 that normally attend. Following the usual format, thousands streamed into the huge ballroom of the convention centre for the opening day of plenary sessions.

President Jack Dangermond kicked off the proceedings, presenting his President's Award to Maryland Governor Martin O'Malley for his efforts in using GIS in state operations. Maryland has implemented a state-wide land-use plan to manage state operations, and mapped trends such as homicides and shootings in Baltimore in an effort to reduce crime, mass transit ridership, and water quality in the Chesapeake Bay. They have also mapped home foreclosures, unemployment, and allocation of stimulus funding.

The biggest development seemed to be the forthcoming release of ArdGIS 9.4, which Dangermond said his crew had been working on for the last three years. Describing it as "the next big step", he said ArcGIS 9.4 Desktop would make GIS easier and more productive; several of his co-workers took to the stage to demonstrate the features. As the screen played ‘Mobile GIS is Growing Rapidly', Dangermond added, "Mobile GIS will connect everybody," adding that 9.4 would improve the mobile platform. ESRI is expanding 9.4 to tablet PCs.

The same Monday afternoon, the plenary session featured talks by keynote speakers. Hernando de Soto, a celebrated economist from Peru and president of the Institute for Liberty and Democracy, described how GIS technology was being leveraged to formalise land ownership; he sees this as helping poor people in developing countries rise out of poverty. Indonesian biologist Willie Smits shared his passion for rebuilding forest habitat and orangutan populations; a project in Borneo was impacting communities by creating a better future for local people, trees and the orangutan.

The tone of the conference changed on Tuesday, as attendees dispersed throughout the convention centre to attend myriad technical sessions, peruse the Map Gallery with its more than eight hundred maps, attend special interest group meetings and stroll along the aisles of the Exhibit Pavilion. With the ESRI Showcase occupying centre stage here, some 180 exhibitors populated the trade show on either side: GIS companies, survey equipment manufacturers, and government agencies.

Concluding his talk on Monday, Jack Dangermond had told us, "This year, ESRI is forty years old." The company's purpose remained unchanged, he said, and it is financially strong and growing.

That bodes well for GIS continuing to progress and present opportunities for surveyors. And it also means we can plan on coming back to sunny San Diego for the annual user conference.