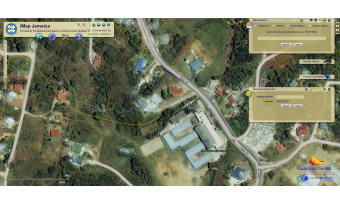 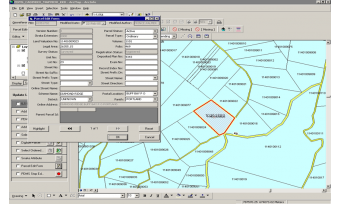 Prior to the year 2000, less than half of the parcels in Jamaica were formally registered, and even the simplest of land transactions took weeks to complete. In 2001, those delays and a public outcry about widespread land fraud led to bipartisan support to merge all of Jamaica’s cadastral departments. A modern system of record immunised to fraudulent transactions was established. That became Jamaica’s official National Land Agency (NLA) and was the first step in the country’s land management digital transformation. Since then, the NLA has experienced extraordinary improvements in processing times and performance – all because of the digitisation of its system of record and GIS-enabled transparency.

One of the NLA’s primary missions in 2001 was to construct a land database to maintain its parcel records in a digital environment that linked to a spatial component and was designed to be used by everyone via an interactive viewer. Through that front end, the public would be given access to the country’s land records with a digital map as the backdrop. On the back end, a parcel data management system would be used to maintain the spatial and attribute components of Jamaica’s cadastral database. Esri’s ArcGIS and parcel fabric standard played a key role in the preparation of the spatial data.

Additionally, Esri’s ArcGIS and parcel fabric standard played a role in the digitising and georeferencing of Jamaica’s spatial records for display on a map of the nation. GIS smoothly interoperated with Jamaica’s existing embedded systems, speeding up the recording of land and property and greatly minimising the fraud attributable to the easy doctoring of Jamaica’s vulnerable storehouse of analogue records.

By 2004, the NLA had completed the digitisation of its land records into a single database, now known as the Aumentum Registry implemented by Thomson Reuters. With its disorganised records being the primary culprit in its slow workflows, the first phase of Jamaica’s cadastral revolution was to establish a digital system that tracked the entire history of records from when the assessor entered the basic information into the database to the end of transactions. This immediately sped up workflows and investigations. In addition, automation was used to eliminate manual steps prone to human error. Template forms replaced lengthy coding and custom creation. To ensure security and authentication, an audit trail was required at the end of each step. “Aumentum specified the information required to move transactions forward,” says CEO Elizabeth Stair. “This helped us maintain document integrity and eliminated the possibility of staff not knowing what to do next or who had the document throughout the process chain.”

The Parcel Data Management System (PDMS), with ArcGIS at its core, was linked to Aumentum Registry and enabled the visualisation of the records in their locational context. Additionally, the PDMS authenticated each parcel through the automatic issuing of parcel identification numbers. Unfortunately, this part of the reform got off to a rocky start mainly due to the lack of resources. Initially, the NLA designed the PDMS software along with former Esri partner NovaLIS, but the increasing need for advanced editing functions and interoperability required coding that the agency had neither the expertise nor the money to perform. “At that time, whenever a new version of the base GIS was installed, staff had to manually migrate codes, which resulted in bugs and crashes,” explains Stair. “The server had to be rebooted several times a day.” Shortly thereafter, support to begin internal capacity building was given to properly address the situation and better engage the public.

Changes in the access to spatial data began in 2010. When a local insurance company named Guardian Group came to the NLA to purchase a parcel dataset, the agency’s managers seized the opportunity to create a stable public geographic information system (GIS) by partnering with the company. It would involve pulling from the spatial data which, before then, was just being maintained on the back end. Guardian Group wanted to use this system to show which homes were situated in the path of floods and landslides in order to determine risk. For presentation purposes, the company also wanted the ability to display the data in a digital map with layers that could be turned on and off. The NLA, on the other hand, wanted a system that would allow it to provide spatial data and parcel records to the public in a simple way. The agency entered into a public-private partnership deal with the insurance company to provide the desired data in exchange for the company hosting a publicly available version of the map it was developing. That map came to be called iMap Jamaica, and it marked a significant change in how the agency engaged its customers with the aid of technology. The iMap Jamaica deal mutually benefited the NLA, Guardian Group and the country as a whole. Ultimately, it helped anyone in Jamaica to see the country from a top-down perspective. They could zoom in on properties and search for other parcels, addresses and valuation numbers. Everyone – from insurance companies to real-estate professionals to homeowners – could benefit from it.

In collaboration with the National Spatial Data Management Department (NSDMD), the NLA today also provides basic free parcel data to planning authorities for the development plans for their respective parishes. This is part of the agency’s initiative to aid national development through data sharing. In addition to sharing, the agency has also adopted Esri’s parcel fabric standard that enables easier serving and editing of parcels. “The parcel fabric model enables us to continually update parcel data for display in the map viewer,” says Stair. “It also helps us maintain the integrity of our cadastral database.”

Since the completion of the digitising of its land records and PDMS expressed through iMap Jamaica, the NLA has experienced extraordinary improvements in processing times. Before 2001, first registrations typically took 70 days to process, changes such as transfers took 25 days, and survey checks took a staggering 26 weeks. By 2010, the time needed for registration and changes had been halved and survey checks were reduced to 40 days. And performance is even better today – all because of the digitisation of its system of record and GIS-enabled transparency.

Encouraged by these numbers, the NLA recently decided to magnify efficiency even more with a new public interface. Currently, the iMap Jamaica portion of its system is undergoing a visual facelift using Esri products. The new version is due to be launched next year.