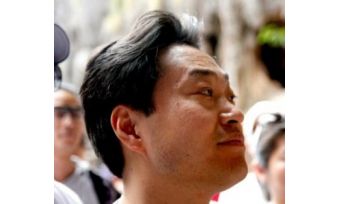 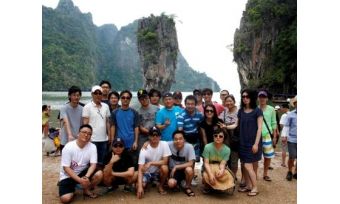 Taking its name from Gaia, the Greek goddess of the Earth, Gaia3D, Inc. is dedicated to digitising the Earth and various features on it in 3D. Gaia3D is a professional software and service company in the field of geospatial intelligence and Earth science technology, based in South Korea.

Gaia3D, Inc. was founded in November 2000 by Sanghee Shin, current CEO, as a private South Korean company. Gaia3D started out with a couple of passionate software engineers in a very small location and initially worked for local government and research labs in South Korea. The first major development output came from a GIS-related research project regarding a multi-image processing software engine for efficiently processing large amounts of map data. Gaia3D’s multi-image processing software engine, called MIP, has since been exported to several countries including Southeast Asian nations.

The company has grown steadily and currently has two offices in South Korea and one joint venture in Singapore. Nowadays, Gaia3D employs 26 people including more than a dozen enthusiastic and professional software engineers for the GIS software industry who have worked both domestically and internationally for more than 20 clients including central and local governments, research labs, universities and private companies. Gaia3D has two major development teams for system integration works and one research lab for developing new software, plus a marketing team for global and domestic market. The company generated approximately USD2 million of annual turnover in 2012, about 5% of which came from its export business.

Gaia3D, Inc.’s mission is to digitise the Earth in order to understand human beings. It believes that a deep understanding of the Earth and space will certainly help to solve various problems that human beings face these days. As a professional software company in the field of geospatial intelligence and Earth science technology, Gaia3D develops software and systems related to geospatial information processing, image processing, and meteorological information processing and visualisation for various kinds of clients. The company has set its sights high: it is continually evolving, and aims to become the world’s best geospatial intelligence and Earth science technology company.

The Gaia3D, Inc. philosophy is based around openness. Openness firstly means co-operation: the company openly co-operates with other companies, governments and institutes. It believes that it can create creativity and core value from collective intelligence throughout openness such as OpenAPI and open source. Gaia3D also strives for openness towards its employees. Transparency is one of the key elements in the company’s philosophy, and it endeavours to ensure that the company and its employees can trust each other through transparent management.

The domestic market in South Korea is relatively small and very competitive, plus it also seems quite saturated. Therefore, the company plans to

‘go global’, even though the global market is much harder to penetrate. Gaia3D is keen to identify the markets outside of South Korea which need its GIS technology. To help it do so, Gaia3D established a joint venture in Singapore for the Southeast Asian market. Not only did Gaia3D set up an international office, but it has also actively and strategically participated in global geospatial exhibitions including AGF (Asian Geospatial Forum), InterGeo, ELMF (European Lidar Mapping Forum) and suchlike. Gaia3D sees a bright future for the 3D market and expects the 3D modelling technologies it recently acquired to deliver positive results by satisfying the company’s current and potential customers alike.

In terms of going global, the company goal is very straightforward: to supply great and useful but simple products to its customers. Gaia3D regards much industry software as being equipped with impressive functionalities which most customers unfortunately do not know how to use, even though they are often valuable and necessary functions. Hence, the company intends to target customers who want simple functions and easy-to-use programs at a competitive price.

Gaia3D, Inc. is of the opinion that GIS should not be restricted to high-end technology that can only be utilised by a limited number of people with specific professional knowledge. It believes that the industry should try to lower the bar and penetrate into the general domain. GIS is related to everything in a person’s life, yet the industry continues to targets a very specific area. The company sees a trend towards GIS becoming a commodity, and considers this to be the right time to move the technology into the wider arena. Hence, Gaia3D focuses mainly on R&D related to life in general.

Looking to the future

Secondly, the company regards 3D GIS as one of the ‘mega trends’. Many countries are trying to map their entire nation in 3D because it managing the buildings or land in 3D is much more efficient than in 2D. 3D GIS technology can be used when constructing buildings, bridges or tunnels, and help to manage those constructions after completion. Gaia3D is involved in several research projects deeply related to 3D GIS and expects this work to take the company to the next stage in the near future. Since 3D building modelling jobs require a lot of manual work, automation could become another issue in the near future.

Finally, big data is another ‘mega trend’ in the GIS field. Due to the sheer size of some GIS data such as MMS (Mobile Mapping System) Lidar, processing big data efficiently and quickly will become increasingly important in the next decade. Gaia3D has had the capability to process large amounts of data from the beginning, and has already completed several R&D projects regarding big data.