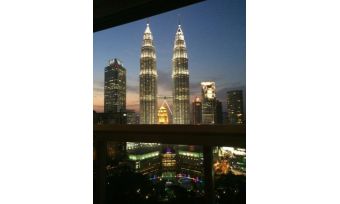 The theme of the XXV FIG Congress, ‘Engaging the Challenges, Enhancing the Relevance’, could not have been more apt. Firstly, a series of impressive developments are under co-ordination for implementation, such as the Global Geodetic Reference Frame, Global Geospatial Information Management and GNSS World. Furthermore, a series of approaches and tools such as, for example, ‘fit-for-purpose’ Land Administration and the Social Tenure Domain Model, demonstrate that FIG, together with its partners and the profession, is ready to use its scientific and technological knowledge and practices to engage challenges including undernourishment, shelter, climate change and economic progress.

The first FIG Congress in Asia was held successfully from 16-21 June 2014 in Kuala Lumpur, Malaysia. The event covered a wide range of activities, from technical sessions and special sessions in co-operation with FIG partners such as the World Bank, FAO, UN-ESCAP, UN-GGIM and UN-Habitat/GLTN to technical and social tours. Co-organised by FIG and the Association of Authorized Land Surveyors Malaysia (PEJUTA), the Congress attracted some 2,600 participants from almost 100 countries. The event was a celebration and culmination of the collective efforts and collaborative actions of the past four years. In his opening speech, FIG president Teo said: “The surveying profession is a real-world, people-centric, solution-oriented profession. It is a creative and constructive profession engaged in idea generation, conceptualisation and constructive development, engaging the creative and innovative processes that generate new approaches and opportunities, including that which has never before existed.”

The world we want

“Politicians and governments can do more to embrace the revolution in data gathering and analysis; to use evidence-based policymaking to design programmes that work. So too the surveyors who produce some of the most important data of all,” said the Prime Minister of Malaysia, the Honourable Dato’ Sri Mohd Najib bin Tun Haji Abdul Razak, in his opening speech. He added: “We should work to improve existing information infrastructure, including spatial data infrastructure, and to implement policies to ensure that spatial data is reliable, accessible for re-use, and can be easily integrated into collaborative environments.” Keynote speakers including Greg Scott and Vanessa Lawrence from UN-GGIM referred to the first report of the UN System Task Team on the Post-2015 UN Development Agenda from 2012, entitled ‘Realizing the Future We Want for All’. That vision sets out four core dimensions where progress needs to be made:

- Environmental sustainability, including improved land use planning and food security

- Peace and security, including no land conflicts.

The new joint FIG/World Bank publication on ‘fit-for-purpose’ land administration is aligned with that vision. During the FIG Congress it became clear that further talks are needed with surveying colleagues and professionals from other disciplines in order for this approach to be fully understood. Keith Bell highlighted the Word Bank’s support for the ‘fit-for-purpose’ approach also in the context of the challenges of the Post-2015 Development agenda. Likewise, Dr Clarissa Augustinus from UN-Habitat/GLTN expressed support, underlining the responsibilities of professionals: leadership; more attention on managerial aspects rather than merely data creation; understanding the shift at global level, e.g. the continuum of land rights; working with other disciplines; and large-scale innovation and institutional strengthening. Dr Augustinus was also happy about the open source software of the Social Tenure Domain Model. During the Congress, the open source software and the commercial software packages were widely seen as being complimentary in a win-win environment. Meanwhile Chris Rizos from the International Association of Geodesy presented innovations concerning a ‘Multi-system GNSS World’ which were very well matched to ‘fit-for-purpose’ land administration, especially for georeferencing of imagery and for future upgrading and maintenance of boundary data.

Ahmad Fauzi Bin Nordin provided a clear overview of the relevance of geospatial information for crisis management and national development, putting the Malaysian case in an international context. The relevance of a good link to spatial data in the marine environment was highlighted by Mustafa Iptes from the International Hydrographic Organisation. Ben Elder from the Royal Institute of Chartered Surveyors explained the impact of, and developments within, the International Property Measurements Coalition. The standardisation activities are fundamental to property markets and to the profession, he said. Jean-Yves Pirlot from the Council of European Geodetic Surveyors explained the relevance of his organisation. Dato Sri Mustapa Muhamed, Minister of International Trade and Industry, Malaysia, and David Mitchel from RMIT University, Australia, discussed environmental and economic aspects in a sustainable future. Fittingly in this context, the local host organised a special Carbon Offset Tour during which presidents from FIG member associations contributed to the sustainability of our Earth by planting more than 50 heavy hardwood trees.

Within its framework of celebration, contributions and commitment, the Congress celebrated the Cadastre 2014, which not only represents ideas and concepts but also the collective professional passion and ability to better comprehend and apply evolving concepts. The authors of Cadastre 2014, Jürg Kaufmann and Daniel Steudler from Switzerland, were highly recognised during the Congress for their contribution to the development of the profession. A new FIG publication is available on Cadastre 2014. A number of joint declarations were also celebrated including the Joint FIG-World Bank Declaration on Fit-for-purpose Land Administration, the Suva Statement on Spatially Responsible Governance in the Context of Small Island Developing States, and the UN-GGIM-AP Kuala Lumpur Declaration on Spatially Enabling Governments and Societies.

The well-organised exhibition hosted 56 international and national exhibitors, including stands from platinum Congress sponsors Trimble, Esri, Leica and Topcon. A new feature, the Bunga Raya Platform, was located in the exhibition area for technical/product presentations, briefings or launches and various exhibitors held presentations there throughout the day.

The young surveyors held their own successful Congress in a hotel next door. The atmosphere was dynamic, interactive and with a focus on documentation via social media. Eva-Maria Unger from Austria summed up the results of that event for the FIG General Assembly: “Yes, we are the future and we are dreaming big!”.

Land Challenges in a Revolving World