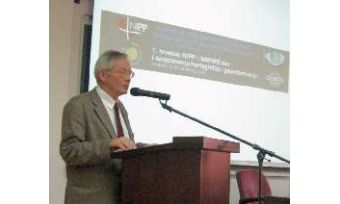 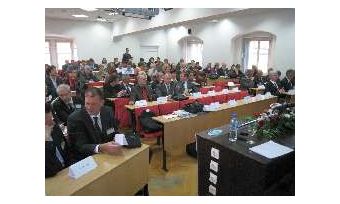 Varaždin, a city in northern Croatia, hosted the First Croatian NSDI (national spatial data infrastructure) and INSPIRE Day and Conference entitled ‘Cartography and Geoinformation’ from 26th to 28th November 2009. This ‘first’ conference was jointly organised by the Croatian Cartographic Society and the State Geodetic Administration, the two main players in Croatian SDI establishment, although it in fact followed several other conferences precipitated since 2004 by one or other of them.

The main purpose of this meeting was to present the status of SDI development in Croatia and bring together all stakeholders to provide further national stimulus for its implementation and for INSPIRE, the European directive for spatial data infrastructures.


A paper on NSDI in Croatia appeared GIM International (No.12, Vol. 23, December 2009, pp 18-21) and this conference was the place to present the details to a wider audience, mostly from Croatia, but also other countries, for the purpose of international exchange of ideas. Both Croatian and foreign speakers presented individual aspects of SDI development, but whereas presentations on the first day were all translated into English or Croatian, most on the second were actually available only in the Croatian language.

The programme covered many aspects of SDI in Croatia and Europe as a whole. European aspects were dealt with in several keynotes following the official opening by conference organisers Prof. Miljenko Lapaine of the University of Zagreb and Prof. Željko Bačić, director of the State Geodetic Authority. Katalin Toth of the European Commission Joint Research Centre presented the status of INSPIRE in Europe, and Arvid Lillethun of the Norwegian mapping agency spoke about the development of the NSDI in Norway that is part of Norway Digital, an initiative that includes the use of spatial data, business and economic aspects, and may serve as example for SDI development in other countries. Another instance of an existing SDI was the Lithuanian Geographical Information Infrastructure, which includes a centralised metadata system.
From Croatia came presentations showing the status of NSDI development in that country, with individual working groups for SDI development each given the stage. New working groups were interesting on the subjects of capacity building and business aspects, in their infancy but very significant next to more technically orientated working groups.

Important for NSDI development in Croatia, as in other Eastern European countries, is land management and cadastre, which creates a certain difference to INSPIRE defined from the perspective of the environment. INSPIRE nevertheless turned out to be the main trait in Croatia, and the Croatian presentations demonstrated how far the country has already come in implementing this directive, thus serving as an example to most other countries in the South-East Europe region.

Let’s Embrace It… INSPIRE is Here to Stay