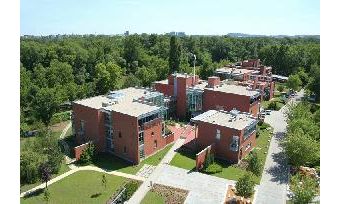 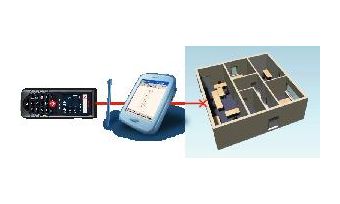 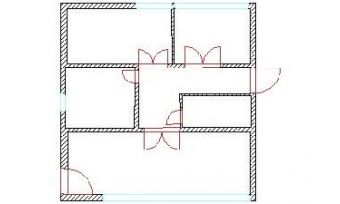 Floor plan surveying software is a tool for creating onsite floor plans using a handheld device. Developed by OrthoGraph from its base in Graphisoft Park in Budapest, Hungary, the software was first released in 2007 and now reaches the global marketplace through official partners in many countries. The company’s main focus is on development of floor plan survey, inventory register, facility management, and building inventory management software.

Responding to Demand
Founded in 2004 by private investors, OrthoGraph has focused primarily on developing handheld surveying software for personal digital assistant (PDA) or Windows mobile touchscreen device. Three separate versions have been marketed from the start: OrthoGraph Inventory in 2007, followed by OrthoGraph Survey and Architect in 2008. The company prides itself on customer orientation, with a focus on enhancing the processes for onsite survey. According Adam Korbuly, the founder and brains behind the company, the idea for it first came to him when he saw the demand for as-builts by nearly all computer aided facility manager (CAFM) system implementations, while there was no solution for helping with onsite work. "The surveyors were just running around the building with lots of paper, making their rounds again and again, re-measuring what others had done already etc." Building owners wanted the as-builts of their buildings and the only way to provide them was to "go back to the middle ages with paper and pencil". Handling of floor-plan symbols was originally not one of the company's goals, but came only during initial tests, "when architects and CAFM professionals wanted us to allow them to draw built-in furniture (later all kinds of furniture) on the spot". CAFM specialists were also involved in developing the software, so that the right answer could be provided for the demand not just for onsite graphical, but alphanumerical data management.

The evolution of OrthoGraph later resulted in a little brother: OrthoGraph Survey, the OrthoGraph Architect version, created for people who didn't need teamwork functionality and wanted to deal only with small buildings and very few objects. It is a tool for those who want to measure only rarely, or for professionals like painters or interior designers who need easily achieved but exact floor-plans and wall surfaces. The drawing and measurement functionality of the OrthoGraph Survey module is completely present in this light version.

Onsite and Mobile
The OrthoGraph mission statement is to develop a product family of the best onsite graphical surveying tools that allow customers to achieve the highest level of productivity. Company management style is focused on the customer and providing them with true solutions both onsite and during the post-processing phase. Rather than push the customer to buy OrthoGraph, the sales team acquaints itself with the particular company and industry involved, and how the software relates to them. OrthoGraph Survey is capable of supporting teamwork and can handle a large volume of objects; it can solve the demands of large inventory projects of more than 150k onsite objects. While this software does not form the entire CAD system, it is the first step in creating building information models (BIM).

Mobile devices really represent a new world of computerisation, and people sometimes fail to see why they support Windows Mobile and not other trendy platforms. As Korbuly remarks, "I always say the device shouldn't define the goal, but the goal should define the equipment to be used. Windows Mobile has a pencil that architects are used to; it is capable of communicating with distance meters and barcode readers, and can run for more than a whole day. The company takes the pragmatic view that this is what matters: an effective device for floor-plan survey, nothing more and nothing less. OrthoGraph staff conducts ongoing research into the AEC/BIM industries, and is always hungry for feedback. Thanks to their close proximity to Graphisoft, OrthoGraph personnel are able to collaborate with their strategist and developers to handle changes in the market. This collaboration, along with implementation of the ArchiCAD add-on for OrthoGraph, has changed the dynamics whereby surveyors plan data collection.

Broad User Scope
OrthoGraph prides itself on its software being beneficial for an array of different professions. Current OrthoGraph users include estate agents, architects, engineers, surveyors and construction site managers. The software has generated interest from forensic scientists in New Zealand to solar-panel installers in the US. Because the software is used in many different countries and industries, OrthoGraph is able to collate ideas when determining the future features of the software.

BIM and Beyond
OrthoGraph sees BIM as the future of effective facility management. Architects and facility managers will be able to view a 3D model of their properties, which will enable them to conduct day-to-day maintenance and manage assets more easily. Although this process is currently being used, the company feels that over the coming decade more firms will begin incorporating BIM into their daily maintenance, asset management and renovation activities. The ever evolving BIM model will be the primary resource in maintaining an up-to-date, well functioning facility. Onsite data collectors, such as distance meter and barcode scanners, will become imperative for future facility managers.

Every month GIM International invites a company to introduce itself in these pages. The resulting article, entitled Company's View, is subject to the usual editing procedures, but the publisher takes no responsibility for the content and the views expressed are not those of the magazine.

State of the Art in 3D City Modelling
Latest article