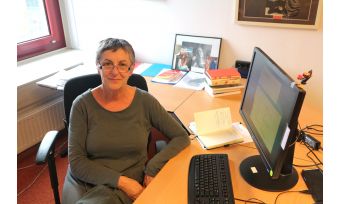 In today’s datafying world, we continuously leave – unintentionally – digital traces of our daily lives. These traces can reveal a lot about us, our beliefs and our actions to parties who are not the intended recipients of such information. In May this year, Professor Yola Georgiadou held a compelling keynote speech during the FIG Working Week in Helsinki. She called for prudent use of data acquired during the rapid land surveying of developing countries and for action to protect citizens’ privacy. 'GIM International' talked to her about the topic that has become so dear to her: ‘geo-ethics’.

Geo-ethics is about fairness in the way we – citizens – and our resources and land are made visible, represented and treated as a result of our production of digital data in a datafying world. I have to give credit here to Dr Linnet Taylor of Tilburg University for framing the original definition for data justice, which I adapted here for geo-ethics. We have to find ways to make sure that all of us who produce digital data while carrying on with our daily lives are represented and treated fairly.

Why has geo-ethics become more important over the past few years?

Engineering professions have always had a Code of Ethics, and this is a good thing. Geo-ethics is now becoming extremely important because we produce digital data as we live our daily lives. Every click we make, every search on Google, every post on Facebook or phone call we make leaves geolocated digital traces. Entities that are not accountable to us may collect, store and analyse these digital traces and use them to influence our behaviour in several ways: from how we buy things to how we vote for our political representatives. In the past we were asking ‘What can my data tell me about here, about this location, about where I am?’, but now the question has changed dramatically; it has become ‘What can my data tell you about me?’ And if that ‘you’ is our government that we have elected and is accountable to us, it may be okay, but if the ‘you’ is Facebook, Google, Apple or Amazon or any data broker we have not elected and who is not accountable to us, then we have a problem. That’s why geo-ethics is so important right now!

Do you think an entity like the European Union is currently doing enough to protect its citizens in this sense?

The EU has certainly made some progress, such as with the Data Protection Directive issued several years ago and with the new regulatory framework, GDPR, that is coming into force next May. In liberal democracies, we have the luxury to protest and petition government for more privacy protection. In the Global South, there is often either no protection or, sometimes, active censorship by authoritarian governments. And in those places we, as researchers from the North, promote tools and solutions. For example we generate high-resolution imagery with drones for urban planning, or develop innovative apps and tools for land and water security, among other things. We should be sensitive to what such technological interventions mean to people on the ground and whether we are actually harming them instead of helping.

Do you see a way to safeguard the privacy of people in the Global South?

Personally, I would be willing to support a movement that advocates for people from the Global North to pay for internet access to cross-subsidise the access of people from the South so that they don’t have to pay. That way, we wouldn’t have to commodify our privacy to corporations in exchange for free internet services – but I wonder how popular such a cause would be among other people.

Well-known geospatial companies like Fugro, Trimble and Esri might hold large volumes of privacy-sensitive data as well. In your view, should they uphold a certain set of rules or code?

Absolutely. And I believe that engineers working in these big companies in the Global North are adhering to the code of ethics of their profession. Whether we are surveyors or civil engineers, we all pledge to do no harm while exercising our profession. But what happens for instance when data is collected with apps – often not by companies that we know – that are becoming popular in the South? We collect data about individuals and their land, often without asking ourselves, ‘Who will have access to this data, and who is the data controller that can guarantee that the only purpose for which the data will be used is, say, land tenure security and not something else, e.g. land grabbing?’

What do you feel are the most important aspects of a set of standards to which private companies carrying out land administration projects should adhere?

Context, purpose and consent are three important aspects. First, information always flows within a specific context governed either by explicit or implicit norms. Let’s take ‘travel’, which is location-intensive. Even in this simplest example, we can distinguish at least two travel contexts – travel for tourism and travel for refugee migration – each governed by different norms. Second, the purpose of data collection and processing should be guaranteed by a data controller, who decides on the purposes and means of personal data processing and can be held accountable for non-compliance. Third, data should be collected with the informed consent of the people who provide the data – who may not only be vulnerable but also unable to consent. These three aspects, if agreed upon with the government for which the company is carrying out the work, can minimise the harm and maximise the benefit of land administration projects, especially when innovative land tools are being used.

Do you think that geo-ethics is high enough on the agenda of decision-makers in, for instance, UN-GGIM?

The time is ripe for geo-ethics to be put on the agenda if it is not already there. It’s possible that similar global bodies with broader digital information protection mandates are using alternative terms. The term ‘data justice’, for instance, is now becoming quite popular in the literature. Data justice refers to all sorts of data, which may or not be pinned to a geographic location.

In your research, have you seen any examples of data being misused?

I am often uncomfortable with how high-quality geodata collected for one purpose may later be used for other purposes, especially in political regimes known for being repressive. For example, one of my colleagues used drones to map the capital city of a country in the Global South at high resolution for urban planning purposes. The raw images collected from a height of 50 metres above ground revealed details of human behaviour on the streets that may be considered suspect or even criminal by the local police. Of course, these details disappear in the mosaic formed by combining the raw images, but the question remains: ‘Who has access to the raw images and derived products, and for which purpose, other than the original purpose, will the data be used?’ Similarly, the collection of names and mobile phone numbers of thousands of vulnerable people so that they can use innovative apps to communicate with service providers and complain about failures in these services may backfire if those names and phone numbers are used in a different context and for a different purpose than originally intended. I see two issues here. First of all, we – as researchers from the North who work in the South and learn a lot and build our careers on their backs – have to be much more careful with the private information people entrust to us. Second, we have to think about how to protect digital data representing people and their property in the South, especially when their governments are not yet considering these issues.

It’s not all bad, is it? Gathering geoinformation can enable governments to make better decisions, can’t it?

Yes, it certainly can. But there’s no automatic correlation between better data and better government performance; it’s more complicated than that. We first have to understand how governance processes work in specific contexts and for this we need theory and methods from the social sciences. Only then can we start deliberating about the most suitable ways to automate some governance processes, with respectful and sensitive technological interventions and innovative land tools that do not disrupt the local social fabric and can be fine-tuned and improved over longer periods of time.

In Helsinki you called upon FIG as well as other geo-related societies to take action to safeguard location-based data and the privacy of vulnerable people in the developing world. What should FIG and the other industry societies do, exactly?

Well, the consensus is that a large percentage of people on the planet lack secure land tenure and that innovative technology will play an important role in solving this problem. FIG needs to think about what ethical issues may arise when its members intervene in the South. As a professional community that counts legal and technical experts from both the North and South among its international membership, FIG is uniquely qualified to engage in geo-ethics. Surveyors already adhere to the traditional and valuable engineering Code of Ethics, but we now need a different thinking to handle the question of ‘What can my data tell you about me?’

So basically you’re calling for prudence in implementing technology as well, because we don’t know what it will do in the long term, right?

Exactly. We should first understand how land or water or urban governance works on the ground and then figure out how we can design technological interventions that go with the grain. The aim should not be to merely ’Do no harm’ but to empower people to make decisions autonomously and without undue interference.

What message do you have for the decision-makers, the geomatics professionals that are reading GIM International?

The world has changed. Big corporations are determining our lives much more than before. They are becoming more powerful than nation states and the data they collect about us, without us noticing, may be used to influence us. This takes away our freedom and our fundamental right to make decisions for ourselves, autonomously and with the people we love, and not because somebody predicts our behaviour and influences us to vote for this person or to buy that product. So we are losing our freedom. We are instrumentalised. We are becoming products. We have to be aware of that – not just in our personal life, but also in our professional life because it influences that as well.

Yola Georgiadou is a professor of geoinformation for governance at the Faculty of Geo-Information Science and Earth Observation (ITC) of the University of Twente, The Netherlands. Before joining ITC she earned a doctorate in geodetic engineering, on rotation modelling of a deformable Earth, at the University of Stuttgart, Germany. She is a past member of the Board of the GSDI Association, of the Capacity Building Working Group of CODI-Geo, United Nations Economic Commission of Africa and of the Executive Committee of the International Society of Digital Earth (ISDE). Her research is at the interface of geoinformation technology, policy and global development. She studies whether and how people enact, organise and institutionalise geoinformation technology in various domains (water, environment, urban and land policy) and how infrastructure – the informational, social and material underpinning of human action – is built, maintained and breaks down. Her methods are qualitative. Her normative orientation is ‘working with the grain’ of institutions and organisations in the Global South. 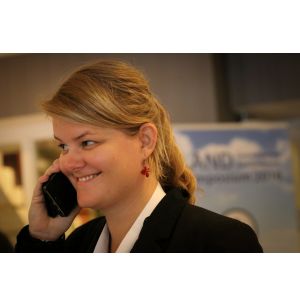