The benefits and availability of new signals and systems 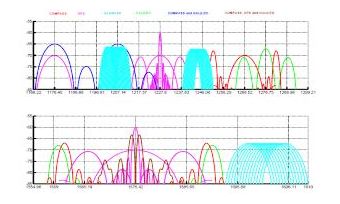 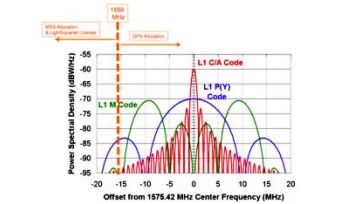 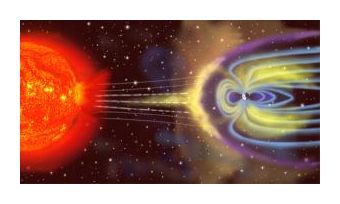 What will the new GNSS signals bring to the user of high-precision receivers? This article provides a brief overview of what users can expect from GNSS systems that are currently in the modernisation/development stage, looking at new signals and emerging techniques including coverage of GNSS developments such as GPS, Galileo, GLONASS and Compass/Beidou. In view of the planned timeframe, what we can do to improve the robustness of our receivers with a special focus on interference and the upcoming solar maximum?

The use of high-precision GPS for surveying applications has increased dramatically over the last decade. GPS receivers can provide high accuracy (1-2cm is often required for surveying tasks) and rapid results, saving enormous amounts of time by covering large areas in a short time. This accuracy can only be obtained using code and carrier-phase measurements. However, carrier-phase measurements contain an initial integer cycle ambiguity that needs to be resolved. While single-frequency observations take from 5 to 30 minutes to resolve the integer cycle ambiguities, dual-frequency measurements make it possible to resolve integers very reliably within seconds. Furthermore, they allow a significant number of spatially correlated errors due to the ionosphere or troposphere to be eliminated. Therefore, dual-frequency or multi-frequency receivers are the only ones able to perform Real-Time Kinematic (RTK) surveys with a reasonable Time To First Fix (TTFF).

However, current dual-frequency receivers are very expensive. The high cost comes from the need to use a second frequency, the L2 signal, which is highly protected by patents. While there have been some developments that have produced high-accuracy, real-time solutions with single-frequency receivers, the appearance of new signals and constellations is now making it possible to use two frequencies less expensively. The latest developments in GNSS are expected to lower the cost barrier for obtaining high-precision applications with double and triple-frequency solutions.

Scientists have long discussed the potential of new signals for multi-frequency, multi-GNSS applications and have expressed a great interest in signal combinations, particularly those of carrier-phase measurements, involving multiple frequencies simultaneously. The use of triple-frequency combinations has, for example, been demonstrated to be of great interest for ambiguity resolution in precise carrier-phase-based positioning, for receiver autonomous integrity monitoring, and for ionospheric research. The availability of carrier-phase measurements on three frequencies offers a particularly simple way to assess carrier-phase quality and multipath effects with the associated increased accuracy.

New civil signals will be provided as part of the modernisation of GPS and the development of the new GNSS (GLONASS, Galileo and Compass) that will allow added functionality at lower costs. The characteristics of the new GPS, Galileo, and Compass Open Service (OS) signals are summarised in Table 1.

Table 1, Characteristics of the future Open Service (OS) signals. The final decision about the future GLONASS and Compass signals has not yet been made.

The L2C GPS signal was the first to be implemented. This signal started to be transmitted by a GPS satellite in September 2005 and is expected to be available in up to 24 satellites by 2016. It will provide higher accuracy allowing double-frequency ionospheric corrections. The L5 signal (2009-2018) was designed to meet the demanding requirements in transportation Safety-of-Life (SoL) while the L1C signal (2014-2021) was designed for GNSS interoperability. Compared to L2C, the new L5 signal offers a much higher chipping rate (the same as the encrypted P-code signal) of 10.23 MHz, which promises a lower ranging noise and better multipath resistance.

Regarding Galileo, the first two satellites (Giove-A and B) were launched to secure the frequency allocation and key technologies validation. The next step is the launch of the four In-Orbit Validation (IOV) satellites. The first two are scheduled for launch in October 2011, followed by the other two in 2012. The Full Operational Capability (FOC) phase will include an intermediate initial operational capability phase with 18 satellites in operation (the four IOV satellites plus 14 others). By 2015, 18 satellites should be in place, followed by the rest (up to 30 satellites) in 2020 making the E1 and E5 signals widely available.

GLONASS uses Frequency Division Multiple Access (FDMA) although it is updating its system to Code Division Multiple Access (CDMA) (the same as used by GPS). With 27 satellites in orbit and 23 operational satellites, GLONASS provides almost global coverage. The Russian GLONASS system would have been complete if the launch carrying three GLONASS-M satellites on December 2010 had not failed. Now, GLONASS should be completed by the end of the year with the launch of another three GLONASS-M satellites. The first GLONASS-K demonstration satellite is already in orbit, from where it will transmit the system's first CDMA signal designed to increase compatibility and interoperability with other GNSS systems, thus reducing the receiver's cost. In GLONASS-K1, the CDMA signal will be broadcast on the system's L3 band centred at 1202 MHz. Beginning with the next generation of satellites, the K2 version, GLONASS will offer a BOC(1,1) CDMA signal at the L1 frequency. A BPSK(10) signal will eventually appear at the GPS L5 band. A full set of CDMA signals should be operational by 2020. A second GLONASS-K1 launch is expected by the end of 2011.

The initial Chinese regional constellation system, Beidou-1, consisting of three GEO satellites was completed in 2003. The system is now being expanded into a global one known as Beidou-2 or Compass. It will include five GEOstationary (GEO) satellites, 27 Medium Earth Orbit (MEO) satellites and five Inclined GeoSynchronous Orbit (IGSO) satellites. The system is expected to be fully operational by 2020. The final decision about the Compass signals has not been made yet.

Summarising, by 2020 there should be four GNSS constellations fully deployed resulting in more than 40 satellites in view from nearly every point of the Earth's surface, generating OS signals at about three different frequencies (see Figure 1). But this is still far off, and meanwhile there are important challenges to face in the years ahead. Let's see how we can benefit from what we already have in tackling the current and emerging threats to GNSS, such as interference problems and the upcoming solar maximum expected in the year 2013.

Interference would adversely affect a GNSS receiver's performance in terms of accuracy, integrity, continuity and availability. High-precision receivers are particularly affected since they require wide front-ends to implement codeless and semi-codeless techniques (for L2 signal processing) and to accurately measure L1 pseudo-ranges for ambiguity determination. The sophisticated cm-accuracy receivers use a part of the Government spectrum that was not intended for civilian use; thus, high-precision receivers may be subject to harmful interference from adjacent signals, such as the L-band MSS allocation (see Figure 2).

In addition to the signal combination, some other aspects deserve consideration too - such as a good antenna, since this plays an important role in determining overall receiver frequency selectivity. Phase linearity is another important aspect in high-precision survey receivers, since it requires a large bandwidth, as are receiver designs with a high 1-dB compression point, which also improves third-order intermodulation products and mitigates intermodulation effects. Higher compression points lead to slightly higher power consumption, but out-of-band signal tolerance improves greatly. In the longer term, adaptive equalisation methods should be considered.

The Next Solar Maximum

To the naked eye, space appears to be quiet and vast. But, in fact, space is far from empty. The solar system has the cosmic equivalent of winds, clouds, storms and hurricanes - scientists call it ‘space weather'. Changes in the space weather are caused by the solar cycle, which takes an average of about 12 years and which is observed by counting the frequency and placement of sunspots visible on the sun. The solar maximum and solar minimum refer respectively to epochs of maximum and minimum sunspot counts. The next solar maximum - the period of the greatest solar activity in the solar cycle when there is a sudden burst of energy from the sun's atmosphere (see Figure 3) - is expected to occur between January and May 2013. Although the 2013 solar maximum is expected to have a relatively weak peak in terms of sunspot count, much of the GPS equipment has not been tested under the intense ionospheric scintillation (a form of space-based multipath causing serious deep fades in the signal) that accompanies a solar maximum. Furthermore, many of the most intense solar outbursts have occurred during below-average solar cycles.

Scintillation is an issue for any GPS signals which need to be continuously available with low dilution of precision, few or no cycle slips and no loss of tracking. High-precision receivers using carrier-phase tracking techniques are especially vulnerable to scintillation. In addition to signal amplitude fading, scintillation also causes the signal phase to vary, although in a more subtle way. If the phase shifts are rapid enough, they can challenge the tracking loops in a GPS receiver's phase lock loops. At the current availability of signals, high-precision receivers can combat scintillation using a third-order PLL with a pre-detection interval of around 10 ms and a bandwidth of about 10 Hz. Dual-frequency receivers using codeless, semi-codeless or z-tracking techniques to track the L2 signal should be avoided, since they make the tracking loops of such receivers especially vulnerable to scintillation.

As the new signals appear, old L1+L2P(Y) receivers should be replaced with modern dual-frequency receivers (L1+L2C or L1+ L5). Furthermore, the new pilots (i.e. dataless signals) on L2 and L5 contain no data-bit transitions, which makes them more scintillation-resistant by definition. Note that, as a minimum, receivers should be designed to recognise if they are being affected by scintillation.

The Age of Mobile Mapping