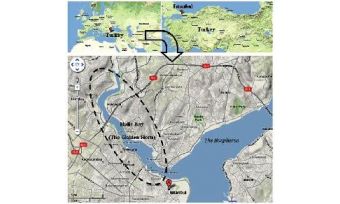 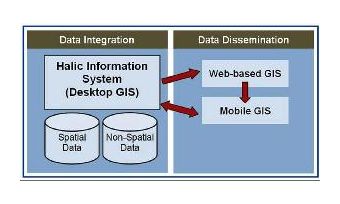 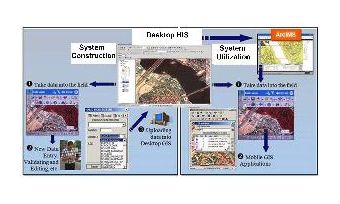 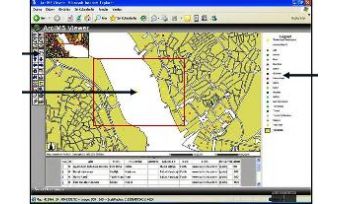 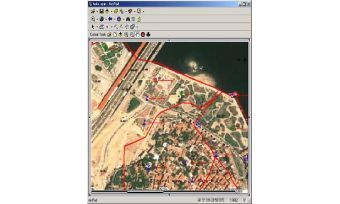 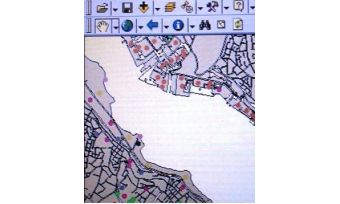 As part of an ongoing project to bring to city managers, citizens, tourists and others geo-data of the Golden Horn area of Istanbul, Turkey, the authors designed a geo-database accessible both via desktop computers connected to the internet and wireless handheld mobile GIS devices used in the field.

The Bay of Halic (Golden Horn), Istanbul, Turkey, is world famous (Figure 1). Since the 1950s the Halic area has been faced with intensive urbanisation and rapid industrialisation, resulting in pollution and sediment deposits in the bay. A successful rehabilitation project costing over 400 million Euro has reshaped the area into a centre of trade, culture and tourism for domestic and foreign visitors. Today the ancient sites of the Golden Horn are surrounded by parks and promenades.

Comprehensive HIS
Due to its increasing popularity, the creation of an information system was thought to be beneficial for managing the Golden Horn area, and so the Halic Information System (HIS) came into existence. The system not only contains map data, but other spatial and non-spatial data on cultural and historical places, important buildings, schools, hospitals, police stations, bridges, wharfs and shipyards.

In addition to the land-related data, HIS contains marine information such as depth of the bay and ferry timetables, and so serves domestic and foreign users alike through web-based GIS. Data stored in the HIS database can be disseminated to professionals, citizens and tourists either over the internet using desktop PCs or mobile GIS systems (Figure 2). The system can be used by any individual user, such as local government, while others will employ it as a location-based service (LBS) for navigating through the city and retrieving information about the Blue Mosque, the Grand Bazaar and many other points of interests (Figure 3).

Data Collation
To create the HIS database, nine digital 1:5,000 orthophoto maps made in 1996 were seamlessly joined into a mosaic. To create a base-map the mosaic was overlaid with scale 1:1,000 plans obtained from aerial photographs. Cultural and historical places, along with other important objects, were marked as points on the base-map. Attributes such as name, use, type, address, neighbourhood name and district were also extracted from the plans and assigned to the map features. In addition, precise bathymetry was conducted over the whole of Halic Bay. Positioning was done with Leica dual-frequency GPS receivers, and depth measurements with the Atlas Deso15 echo sounder. After processing with hydrographic and mapping software, a digital terrain model (DTM) of the seabed was obtained and integrated into the HIS using ESRI’s ArcGIS software.

Web-based GIS
Web-based GIS gives people all over the world access to map data stored at one location or over several distributed servers, via the internet and without the need to purchase GIS software. The map may be used dynamically and interactively. The number of web-based GIS applications has increased rapidly in recent years. The web-based HIS of Istanbul gives users worldwide easy and rapid access to geodetic, oceanographic, bathymetric and historical data of the Golden Horn area. To deliver the dynamic maps and GIS data via the Web, ArcIMS is used (Figure 4), which also enables local government and other organisations to disseminate geo-data both internally and to the public.


Mobile GIS
As a further development, the geo-data contained in the HIS has been made accessible to handhelds equipped with GPS receiver, digital camera; pocket PC and ArcPad mobile GIS software. Communication and data transport is carried out wirelessly. ArcPad Application Builder includes ArcPad Studio for Windows NT, enabling users to create toolbars containing built-in and custom tools, as well as edit and identify forms. The edit form enables rapid collection of geo-data, and the identify form makes it possible to retrieve information about objects stored in the HIS database in predesigned templates. Such handhelds, equipped with customised software tools, can be used by government fieldworkers as low-cost tools for easy and efficient geo-data acquisition, validating, editing and updating. Because they are cheap, citizens and tourists can also benefit from such tools to retrieve orthomaps and other geo-data of the Golden Horn area and its surroundings in real time for, among other purposes, navigation (Figure 5). Some restrictions and weakness emerged during design and implementation; the screens of handhelds are small, which affects display quality and causes data loss, while processor speed is low. The battery may become rapidly exhausted too, and the cost of wireless connection and software licence fees may be prohibitive.

Practical Experience
Rahmi Koc, a museum dedicated to the history of transport, industry and communication, was chosen to test data retrieval and navigation facilities. While in the field, data about the museum was retrieved and displayed on the map backdrop; the museum’s website could also be accessed by zooming in and tapping on its location. Various pieces of information were found from the website, including museum opening hours and public transport. After determination of current position with GPS, distance and bearing to the museum could be determined and visualised in the GPS position window. The mobile GIS system was also used on a vessel sailing through the Bay of Hali; the real-time location of the vessel was displayed as GPS coordinates, while depth was taken from the database. In the future, positions of buoys, anchorages and other objects will be added to the database. As a client to ArcIMS, ArcPad allows users to wirelessly download images. Using a GPRS connection we could download and display part of the map of the Halic Bay area on our mobile GIS device (Figure 6). To test facilities for collection, validation and updating of spatial and non-spatial data, we brought a pocket PC into the field and selected objects of interest to which we assigned attributes using the edit form and coordinates using GPS. Specially designed menus enabled easy and accurate data entry. Data verification and editing of objects were also performed. The updated data were wirelessly sent to the office via mobile phone and uploaded into the HIS database.

Concluding Remarks
Users can now share valuable spatial data about Golden Horn Bay. Users all over the world can reach spatial information and historical documentation about the bay and its surrounding area by taking advantage of mobile GIS. Long-term goals include developing marine navigational tasks such as waypoint insertion and route planning, and creating a system for warning ships when approaching danger, crossing a certain counter or entering forbidden areas.

Acknowledgements
Thanks are due to the ITU Scientific Research Projects Division and to the Mapping Directorate of Istanbul Metropolitan Municipality.