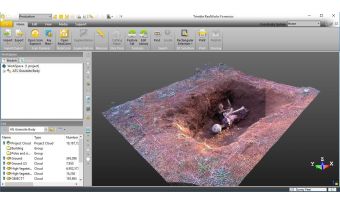 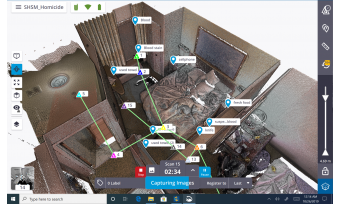 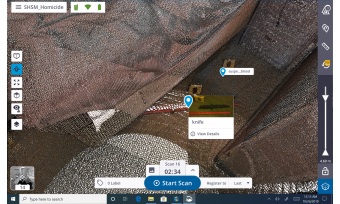 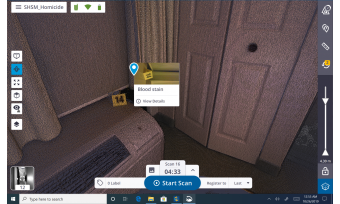 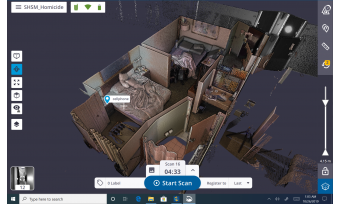 Crime scene investigators with larger US metropolitan police departments and state patrols are increasingly deploying 3D laser scanners to tell detailed, data-based stories that will withstand public and legal scrutiny while bringing justice to victims. 3D laser scanning technology is being used to accurately depict the relational aspect of each piece of evidence so investigators can rebuild and reconstruct crime scenes. This is a powerful investigation tool, especially as legal systems grow more comfortable with high-tech evidence in courtrooms.

In this digital age, the use of 3D laser scanners is expanding the role of geospatial technology in crime scene investigations. As a result, rather than having to rely on photographic imagery alone, judges and juries are able to see accurate, feature-rich visualizations that recreate the scene of the crime and put complex evidence into context.

This relational aspect is important to investigators because they can capture accurate locations of evidence, reconstruct the scene in its end state and rebuild the circumstances that led to that end. The result is a more comprehensive investigation that goes beyond the capabilities of the traditional forensic tools or the talents of the humans hired to record a scene. As acceptance grows for high-tech tools in the courtroom, 3D scanning is likely to become a standard forensic practice.

The documentation of crime scenes is a painstaking process complicated by a short time to collect evidence, logistical challenges of many people working at the scene, and the need to quickly determine what might be relevant in a trial that will not take place until months, or possibly years, later. Traditional forensic tools include cameras (stills and video images), tape measures and measuring wheels. As geospatial technology has advanced into other industries, it has also entered the forensics investigator’s toolbox, which has grown to include unmanned aerial vehicles (UAVs or ‘drones’), photogrammetric analysis, total stations, GNSS systems and, more recently, 3D laser scanners.

3D scanning systems in particular have the power to bring a crime scene into the courtroom through photorealistic 3D models using methodical, scientific approaches. They allow analysts to collect precise dimensions, evidence and features to be recorded for later analysis. By capturing large amounts of data quickly, 3D scanners enable investigators to create a complete 360-degree image of a scene in a matter of minutes.

There are two main technologies used within 3D laser scanners to accurately determine the location of an object with respect to the scanner position: time of flight or phase shift-based technology. In the past, there was a distinct difference between systems using the different methods. Time of flight scanners were slow (a 360° scan could take more than 30 minutes) and offered lower resolution (point density) but had a great distance range (100-1,000 metres) to obtain a return from an object. Phase shift-based systems were fast (a 360° scan would take approximately five minutes) with high density but had limited range (>80 metres) and did not perform well in full sunlight. However, with today’s advances in technology, this difference between methods is not as pronounced; time of flight systems are now collecting data as fast and as densely as phase shift-based systems, which in turn now have increased range. For example, 3D point accuracy can be in the order of six millimetres at 40 metres on a scan that takes under three minutes to complete (including image capture) and collects approximately 12 million points. Today, some 3D laser scanning systems include automatic levelling and automatic calibration features.

Until recently, 3D scanners were slower to be adopted by forensics teams, mostly because resources are tight for law enforcement agencies. While violent, heinous crimes are a smaller portion of incidents investigated by law enforcement agencies, crime scene units sometimes have more access to newer technologies due to the seriousness of the offences. By delivering accuracy and precision quickly, scanning solutions help investigators reconstruct crime scenes methodically and build stronger cases. Part of the value of using 3D scanners to investigate crimes is that evidence can be documented, analysed and processed later, as needed. Besides enabling investigators to clear a scene more quickly, this is also useful if new evidence surfaces or if suspects change their stories.

3D scanning allocates a coordinate to almost any object the laser hits – from bodies to blood splatter to bullet holes. In addition, point cloud data can reveal missed evidence or enable collected evidence to be considered in new ways. By changing the intensity values in a point cloud, objects with different reflectivity are revealed, such as footprints in a grassy area that might otherwise go unnoticed in standard black and white imagery. The higher the density settings and the closer to the item, the closer together the points on an object will be. Conversely, objects farther away from the scanner will have lower density settings and some space between points.

Since a 3D scanner can only collect data it receives from a return signal, for a complete 3D representation more than one scanner set-up location is needed to collect the reverse side of objects or other hidden items. With multiple scan positions around an object or scene, the density of the scan will increase, filling in gaps in the point cloud. Previously, users had to stitch together multiple scans from various set-up locations, utilizing specific office software and powerful computers. Today this ‘stitching’ of the data can be performed at the scene on a tablet as the scans are being taken. The investigator can then review the 3D data as collected prior to leaving the scene.

To truly explore the value of 3D scanning at crime scenes it is necessary to discuss some of the more sensitive areas of evidence: bodies, blood and bullets.

In the case of violent crimes, the bodies of perpetrators, victims and witnesses – whether alive, injured or dead – are key evidence. A focus in any violent crime investigation is determining where an individual was located, as well as the points of view of all involved. The point clouds generated by 3D laser scans can serve as walk-through visualizations of a scene, giving jurors various points of view in the crime scene. Because the data collected by 3D scanners generates a very dense collection of points that have a location in space, very accurate measurements can be obtained. Point clouds are often colourized by the images that are taken by the 3D scanner at the time of data collection. This colourization enhances the visualization and can give jurors the sense that they are at the scene with spatial and visual reference.

There is a science around blood splatter that analyses the direction and shape of how the blood has landed on walls, floors or other surfaces. Are the drops big or small? Do they form a spray pattern? Questions like this, explained through the 3D reconstruction, reveal the possibilities of what occurred. If blood drops are small, a technician would want to use a high-density setting and scan the area from different positions. Larger pools of blood as well as blood smears from a crawling victim or footprints from a perpetrator can all be captured with a 3D scanning solution. Moreover, light is not required to scan a scene. A grayscale value can be assigned to certain points based on the intensity of the signal received by the instrument, revealing differences between the blood on the floor and the floor itself. This means it is possible to scan a dark scene, view the point clouds and analyse the different intensities to produce a photorealistic model from a completely dark setting.

3D laser scanning technology also provides advantages in investigating shootings. Assessing a scene where a gun was fired requires analysis of all aspects including the location of the gun and where the shooter was positioned, as well as the resulting bullet holes (‘wall defects’). If the bullet hole is prevalent enough, specially trained investigators will use a trajectory rod to indicate from which direction the bullet entered the wall and where the shooter was standing. By putting a rod into the hole and scanning it, investigators can get an accurate representation of the path taken by the bullet and, likely, a location for the shooter. If there are multiple bullet holes, the intersection of the possible directions will give an investigator a likely position and height of the weapon when fired.

Data visualization is a major component of modern forensics work, and 3D laser scanning technologies with better workflows are making it easier and faster to achieve storytelling that holds up in court. Faced with challenging environments, law enforcement agencies need scanning solutions that are fast, easy to operate and complete in their data. Barriers to acquiring the 3D scanning solutions are increasingly coming down, with recent advances decreasing the cost of ownership while also providing new features, such as automatic infield registration, elimination of the need for annual calibration, longer warranties, and data capture capabilities from highly reflective and dark surfaces. Thanks to built-in integrations, varying geospatial forensics technologies can work together, enabling investigators to collect evidence and create diagrams, animations and fly-through models that tell an accurate story of the events. The models bring clarity and build understanding of complex testimonies and exhibits, delivering immense value to the criminal justice system.