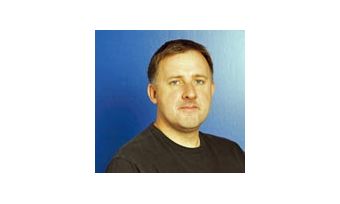 Once upon a time, the study of the Earth's surface, its features, inhabitants and phenomena was nothing more than a tiresome school subject for the average person on the street. Google has changed all that with its interactive map of the world. Stitched together from aerial and satellite footage, it has been downloaded more than 400 million times, with people and organisations putting it to all sorts of interesting uses, from spying on celebrities to locating the nearest hotel in a foreign city. We spoke to Ed Parsons, Google's geospatial technologist, to find out more about what lies ahead for one of the world's most-loved applications.

Google Earth and Google Maps were relatively new when you joined Google. What was your initial goal and what do you now consider as your main accomplishment?

I was hired to improve the interface between the new geoweb company and the GIS industry. My main objective was to bring these two worlds together. In truth, there is still some tension between Google and GIS industry professionals, even though we are really two sides of the same coin - we both want to create geospatial information and make it useful and usable. Where we diverge is that we target different sectors of the market. Both Google Earth and Google Maps are targeted at the mass market and we necessarily hide a lot of the complexities behind our systems to create a product that is user-friendly for the consumer.

I suppose there is an element of intellectual snobbery involved. Bear in mind that for 20 years the GIS industry had been desperately trying to communicate how important geography is - then along comes Google and suddenly everyone is talking about it.

On Google's part there has been a certain amount of reinventing the wheel, but I prefer to see it as the community of Google developers standing on the shoulders of giants; we have simply built new applications on top of application program interfaces that exist because of the work of our predecessors in the GIS industry.

Google is making information widely available and, through its mapping products, bringing geography to the masses. Does Google Earth intend to develop specific products for the professional and consumer market?

No, not really. Google's mission is to make maps and geographical information more accessible to the general public. All we are doing is giving people access to information that already exists. Our focus remains firmly on the mass market. That is not to say that our services are not also used by professional organisations, but we are not in the business of developing vertical applications.

GISs are increasingly being used for hazard and vulnerability mapping and analysis, as well as for the application of disaster risk management measures. Have mash-ups of Google applications been involved in prevention of damage or predictions of disasters?

Google applications have not been used so much in the prevention of disasters, but they have come into play in the aftermath, with our tools being used to communicate the results of these events. However, we have no interest in the creation of very specialised data models. We just make the information we have accessible to whoever wants it.

Is Google aiming to service areas traditionally served by the GIS industry?

The broad answer is no. The GIS business as it stands meets the needs of the market very well. We are not into the development of tools. What we are good at is communicating results and publishing what industry players have done.

Google is working towards information available anyhow, anywhere, on any platform. Will Google encourage or develop live mapping applications for surveyors?

These days, anyone with a mobile phone is a surveyor, so if someone is out and about and discovers some feature that is not apparent in our maps, we will incorporate it and update our system. However, that is not strictly speaking surveying and we are not creating base data sets.

That said, we have developed tools that are being used in parts of Africa and Asia simply because there is no other source of information available in these areas, but it is on a very small scale.

How deep can you currently go when combining various online data in Google Maps?

Our mapping products have two components: the imagery we licence from other companies and the actual mapping data itself. In a few places around the world, we have 15cm imagery, which is really quite a high resolution and even enables you to identify different makes of cars. In most locations, however, we offer 50cm resolution. In terms of the mapping data itself, we focus on street-level mapping and points-of-interest databases. North American cities offer the most detailed information and you can view individual buildings and see 3D representations of structures.

In 2007, we introduced Google Street View, a feature of Google Maps and Google Earth that provides 360° horizontal and 290° vertical panoramic street-level views and allows users to view parts of some regions of the world at ground level. It includes thousands of locations in the USA, France, Italy, Spain, Australia, New Zealand and Japan. Google Street View displays photos taken from a fleet of vehicles mounted with spherical cameras and placed in ‘image orbs' within Google's maps, displayed against the backdrop of images previously taken from satellite that make up Google's maps.

The photos can be viewed in different sizes, from any direction and from a variety of angles. It is not traditional GIS, but that's about as detailed as it gets.

Will the increasing availability and use of geographical information change the professional nature of the surveyor or GIS specialist? How?

I don't think so. What the GIS professional does remains unchanged. The only difference now is that there is greater awareness of what these people do and there is a bit of a stronger focus on the end-user. I believe there is a continuum between the GIS industry and what Google Earth has to offer - where previously the information gleaned by GIS specialists was difficult to access, it is now far more readily available to anyone who is interested.

What is the relationship between geospatial and other data with Google? Did this develop or advance in the last two years? And what lies ahead in the future?

It is continually advancing. Not a huge amount of it is very visible, but there are major innovations taking place all the time.

What is most obvious to people is the shift towards more mobile computing. As we are less and less tied to our desks, the ancillary technologies that help to locate devices and individuals signal that mobile computing is hugely important in the development of geospatial data.

How will the availability of ‘linked', ‘free' data affect the traditional surveying and GIS business?

It will have an impact and that will increase over time, but I believe the two will co-exist because free data sets will never replace commercial ones. It is a bit like the software market, where open source is widely accessible and has a particular role to play; free data sets are much the same. My feeling is that data used by governments should be made freely available, as people have already paid for it. North America has far more well-developed geospatial data than does Europe, but that is changing with the development of OpenStreetmap, a collaborative project to create a free editable map of the world. The maps are created using data from portable GPS devices, aerial photography and other free sources. As a result, smaller-scale data sets can now be produced using free and open source tools.

In which direction will the division between consumer/professional geospatial data move?

A lot of the focus today is probably on the consumer end, where change impacts more people and the market is larger. In general, the technology for capturing information is much cheaper and the processes for capturing it are changing with the incorporation of devices that know where they are. Big changes will impact the professional GIS space, but consumer applications will get a lot more press.

The move from Street View to point cloud scans is not a giant leap. Is there a target or limit to the geospatial data collected?

The requirement to capture more data and our ability to store it are pretty much running in parallel. We are not constrained in terms of the amount of data we can capture, particularly as the cost of disk speed and storage is always dropping.

Will national hydrographic data sets be available in Google?

With time, we will see more and more types of information being made available, but only if it is of use to a relatively large community of users. We are not falling over ourselves to make data available to small communities.

What is your question for the Open Geospatial Consortium?

My question is how will you ensure that the OGC remains relevant as an organisation and stays on the cutting edge? The OGC has done this very well in the past, identifying many key issues over the last 20 years. However, I can imagine that this must be more difficult today, given the wide community of disparate users and their many different areas of focus.