A Stress-free Journey Based on 2,000 Beacons and a Simple Map 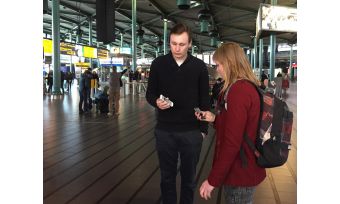 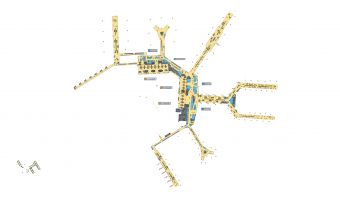 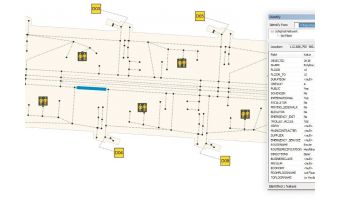 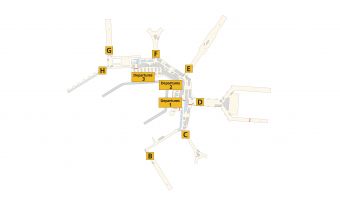 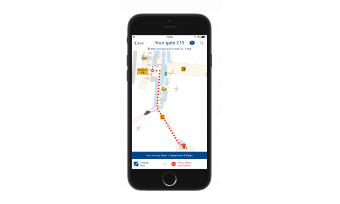 Thousands of people pass through Amsterdam Airport Schiphol in The Netherlands every day. Despite being one of the largest and busiest airports in the world, Schiphol strives to offer passengers a stress-free experience. Being unable to find your way around an airport is a common frustration for travellers the world over. In an endeavour to solve this problem, Schiphol has launched an update to its existing Schiphol Airport app to include indoor wayfinding based on 2,000 beacons. However, both the dynamic environment of Schiphol and the complexity of the source data and business processes turned out to be a real challenge in keeping the wayfinding application simple for passengers to use. Read on for insights into the project.

(By Mike Smolders, M2mobi, and Harald Görtz, Esri, The Netherlands)

Indoor wayfinding applications help people to orientate themselves and to navigate from A to B as quickly as possible. The real-time feedback about the user’s location significantly improves the user experience compared with physical maps and signs. Interactive wayfinding applications have been around for many years. However, most of the current applications are based on GNSS, which makes them unsuitable for metre-level navigation in complex indoor environments where GNSS signals are weak or even completely blocked. In addition, indoor environments usually require very different maps from outdoor environments, as users need different ‘landmarks’ and specific local information. Such maps or the data to produce those maps may not be readily available. For these reasons, even with today’s modern technology, indoor wayfinding applications can still pose a sizeable challenge, in particular in an environment like an airport.

For satisfactory indoor wayfinding, an accuracy of around five metres is required. If the error range is any bigger it becomes difficult to interpret direction and the user might take a wrong turn. As this accuracy is difficult to achieve with GNSS positioning, indoor wayfinding requires additional positioning techniques that overcome the indoor limitations of GNSS. There are various technologies available, each with their own advantages and disadvantages. To facilitate indoor wayfinding, the redesigned Schiphol Airport app uses beacon technology based on Bluetooth 4.0 LE (low energy) for both technical and practical reasons. Firstly, Bluetooth 4.0 LE uses little power and is compatible with most modern smartphones and other smart 4.0 devices. In addition, initial trials at Schiphol showed that a position accuracy of five to seven metres was possible in most areas; a similar trial at Schiphol based on Wi-Fi positioning had not managed to achieve that. In addition to these technical aspects, one practical consideration was that beacon technology from Polestar was already in use for other applications at Schiphol. Polestar beacons are known for their good performance in complex buildings, like Schiphol, and using the same beacon technology would improve future interoperability and facilitate maintenance. Ultimately, to achieve the desired accuracy, more than 2,000 beacons have been placed throughout the airport.

To create the map for the indoor wayfinding app, Schiphol’s asset management database was used. Schiphol was already using that data source for maintenance of its buildings and other assets and it made sense to manage the app’s map data from the same source. This ensures that the app will always utilise the most up-to-date map of the terminals. The map source data, which is managed in an Esri environment, had to go through multiple processing steps and required some smart workarounds in order to create simple maps with objects and annotations that passengers would be able to understand.

The design criteria for creating a meaningful map for use in the Schiphol Airport app were based on complete and recognisable objects. The source objects were decomposed and stored in high detail in Schiphol’s asset management system which delivers the real-time source data for the app. A shop, for example, consists of many components, such as the sales area, storeroom, internal walls and support columns, but none of these individual asset components provide a meaningful map item for the end user. Therefore, the first challenge was to transform the data from detailed asset objects into generalised cartographic objects. Asset elements needed to be merged, gaps needed to be filled and boundaries needed to be generalised in order to achieve the design criteria.

The second challenge was the transformation of particular areas into cartographic symbols on the map. For example, a toilet zone consists of all the elements of that asset (such as men’s and women’s toilet areas, baby care facilities and disabled toilets). Using spatial tools in the ArcGIS platform, these areas were ‘translated’ into appropriate symbols. First, the minimum bounding geometry of each toilet group was calculated based on its unique identifier. Per toilet group, this provided a centre point for placing the symbol. The frequency of the elements within the toilet group was calculated using geostatistical tooling. If an element was counted once or more within one group, its value was set to 1. This method provided codes for each different toilet group, e.g. if all the elements were present the code was 1111. This code was then added as attribute data to the centre point of the toilet group so it could be displayed as a symbol on the map. These and various other similarly smart approaches were necessary to create the final map for the Schiphol Airport app.

To provide passengers with a simple navigation experience, much attention was paid to creating accurate routs and presenting them clearly. The routes are calculated using Esri’s Network Analyst, a platform extension providing network-based spatial analysis tools for solving complex routing problems. The first phase was to design a geometric network consisting of, to use Network Analyst terminology, two ‘feature classes’, i.e. collections of geographic features with the same geometry type (such as point, line or polygon), the same attributes and the same spatial reference. In the network, this resulted in a ‘junction’ feature class and an ‘edge’ feature class. The junctions are all the points of interest (e.g. check-in desks, passport control and security, toilets, shops, departure gates), and the edges connect the junctions and represent the walking routes. The second phase was to design and implement operational rules within the network, such as in the case of one-way routes at security or, for example, designating preferred routes by giving the moving walkways preference over regular walking when devising the route. In other challenging route examples, routes for wheelchair-bound passengers cannot use stairs but rather are restricted to lifts, and VIP areas are not accessible to all passengers.

Schiphol is one of the first major airports to have integrated indoor wayfinding into its own mobile application and such technology has rarely been used before in such a large and complex environment. Since the release of the new version of the Schiphol Airport app in September 2015, more than 20% of the app’s users have also used the indoor wayfinding map. Looking to the future, Schiphol will be able to analyse visitor flows inside the building by using the spatial intelligence capabilities of the ArcGIS platform. Based on those results, operational rules can be enhanced to achieve optimised routing efficiency. In addition, real-time information can be integrated from other systems at Schiphol in the future, such as to avoid overcrowding at security control or to quickly identify and repair a moving walkway.

Mike Smolders is a project manager at M2mobi, a mobile development agency based in Amsterdam, The Netherlands. Mike graduated with a master’s degree in international business administration from the Vrije Universiteit Amsterdam (VU). At M2mobi, Mike has worked for several large brands and companies like Heineken, Schiphol and Dubai Airports.

Harald Görtz is a business consultant at Esri Nederland. He graduated from Van Hall Institute of Applied Sciences in nature management and GIS in 1998. Harald is specialised in cross-departmental information management. Before joining Esri Nederland he was team lead GIS & technical application management for the Province of Groningen.

Figure 1, Indoor wayfinding helps passengers to navigate from A to B as quickly as possible at Amsterdam Airport Schiphol.

Figure 2, Initial map of Schiphol based on the asset management source data. The decomposition of asset management objects and lack of recognisable labels and symbology made this map unsuitable for indoor wayfinding purposes.

Figure 3, Part of the network used for route calculation. Each dot (a junction) is connected to a line (an edge). Here, the selected edge (visible as a blue line on the left) is a one-way route in a public area.

Figure 4, Final map with simplified objects and symbology suitable for use in the Schiphol Airport app. Any changes in the source data are automatically updated in the map.

How Esri Is Putting Effort into Drone Mapping