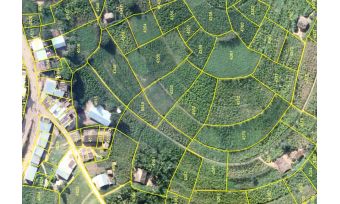 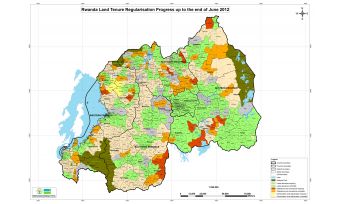 In Africa, land reform can be a highly complex and political process. As a result, governments are often reluctant to engage in land reform programmes, preferring instead to maintain informality and flexibility in this area. But for those countries that do change the way land is held and administered, the benefits can be significant. Here, Thierry Ngoga, Head of Support to State Capability at AGRA, considers the valuable lessons offered by Rwanda’s recent land governance reforms.

Land reform, properly executed, can help to increase tenure security and improve land management, administration and investment. The positive impact such developments can have on peace and social stability are well established. But few countries have assessed the wider benefits of land reform to their national economies.

They say data is the new oil, powering the information economy the way oil once powered industry. Through land reform, governments can generate a wealth of land data, the availability of which has major positive implications for sectors such as natural resource management, trade and business, construction, industrial development, banking and finance. Increased access to land data can also drive progress in revenue collection, urbanisation, mortgage management and job creation, helping countries to accelerate socioeconomic development.

So, could the early realisation of these multi-sector benefits help to incentivise countries to embark on much-needed land reform programmes? And how should land reform be delivered to maximise these advantages?

In my home country of Rwanda, over the last fifteen years the government has implemented a major and multifaceted programme of land reform – the Rwanda Land Tenure Reform (RLTR) scheme. The benefits have been widespread and transformational. Under RLTR, the number of title documents collected by landowners has increased from 900,000 in 2012 to over 8.2 million in 2020. Registered transactions have also risen from about 10,000 in the 2013/14 financial year to just over 547,000 between 2015 and 2020.

The registration of land and associated data this has generated has not only enabled the creation of a legal land register, but also a spatial land cadastre. Under RLTR, both are fully integrated into one national land register, which makes it easier to identify legal and cadastral land holdings. These developments have had a positive impact on many aspects of life in Rwanda.

For example, the system has helped to enhance gender equality, as evidenced by new gender-disaggregated data. As of June 2020, out of 11.5 million registered land parcels in Rwanda, 2.1 million were registered to women as de facto owners, and 1.2 million to men, reversing decades of inequality in land ownership. Surveys have also indicated that three in four women feel empowered seeing their names on land titles, which is likely to have a positive knock-on effect for women in society more generally.

RLTR has also stimulated employment opportunities, with previously underdeveloped professions such as land surveying and valuing receiving a much-needed boost through increased demand – both in the field and through formal training. Indeed, with more universities now offering courses in land management, surveyors and valuers have found their knowledge and skills much sought after in recent years.

But it is the digitisation of land data that has been one of the most transformative aspects of  Rwanda’s land registration programme. Through a new digital land registry, RLTR has driven an open data revolution in land governance, facilitating information access and sharing while making land-related transactions quicker, more efficient, and more transparent. For example, via SMS, interested parties within and outside Rwanda can now gain access to information about land size, usage, and any associated legal liabilities.

In urban areas, people now have a clearer understanding of designated terms of land use, spatial delimitation of lands, and the rights attached to them. And in rural areas, the spatial demarcation and registration of forests, mining sites and lakes makes it easier to manage these and other natural resources and accurately monitor change in land use. Indeed, as competition for land increases, particularly between urban and agricultural communities, RLTR datasets are helping to guide efficient land use planning. In a small country with a rapidly growing population, these developments are of huge significance.

Elsewhere, interoperability between the Land Administration Information System (LAIS-digital land register), the national mortgage register, and Rwanda’s ID project, has helped to establish the legitimacy of land claims, enabling the correct allocation of land leases and certificates. Online system linkages with the Rwanda Revenue Authority have also improved oversight of land ownership and increased the number of taxed and titled parcels. These measures have led to significant risk reduction and minimised opportunities for fraudulent transactions and land grabbing. They have also helped to ensure all land lease and fixed asset taxes are paid regularly and in full.

The lesson from Rwanda, then, is clear: a systematic, well-planned and well-executed land reform programme can deliver exponential benefits across a range of sectors, enhancing overall national performance. Indeed, following the rollout of the RLTR, Rwanda’s rating in the World Bank’s Doing Business Index is on the rise. Between 2012 and 2019, for example, the country jumped from sixty-first to third place on the ‘ease of registering property’ indicator.

I personally believe Rwanda’s success can foment a revolution in land registry in Africa, presenting an opportunity to incentivise reform through valuable data generation and cross-sector system enhancement. What governments need to understand is that the long-term gains of data-driven progress far outweigh the quick wins of informal, opportunistic land management.

But if other countries are to follow Rwanda’s example, it is essential they plan in a holistic and inclusive manner. They need to incorporate a range of sectors and stakeholders to ensure that all voices are heard, and that all needs are incorporated. Given the widespread social, economic and environmental significance of land reform outputs, high-level political support is also vital. Indeed, these efforts should be spearheaded by the highest leadership structures, with the full involvement and coordination of key frontline ministries. Only in these ways will land reform link to the wider development agenda, and set the wheels of data revolution in motion.