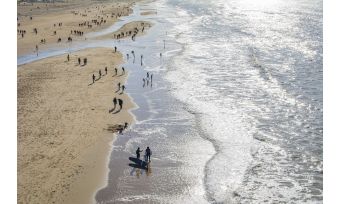 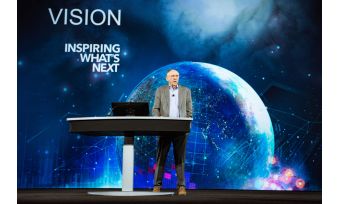 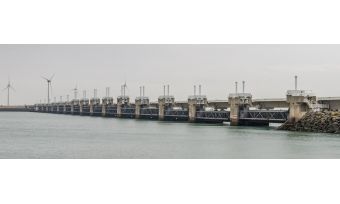 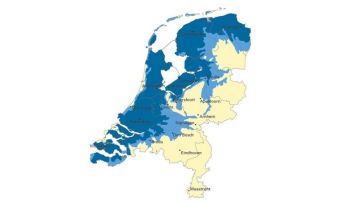 Earlier this year, Esri CEO and founder Jack Dangermond paid a visit to Zwolle, a pioneering city of about 130,000 inhabitants in the eastern part of the Netherlands. He described the country as a centre of excellence when it comes to knowledge, technology and innovation, which puts it in a strong position to lead the international response to the challenges of climate change. Geoinformation is a core ingredient in protecting us from the threats of global warming. So which other ingredients do the Dutch – and especially the country’s geospatial professionals – have to offer?

Firstly, knowledge of cartography can play a key role in tackling climate change. After all, skilled map-making ensures that maps can be interpreted quickly and can serve their purpose. Interactive maps, such as those provided by Esri, help us to get a better understanding of the potential hazards posed by global warming. By clearly visualizing the threats that our world’s ecosystem faces at every level, such maps are crucial in enabling governmental authorities to act to mitigate climate change, and to obtain the social and professional support required.

The Dutch and the Flemish have an impressive history when it comes to cartography. Joan Blaeu, Gerard Mercator, Abraham Ortelius, Jodocus Hondius, Lucas Janszoon Waghenaer and Petrus Plancius were all some of the most prominent cartographers of the 16th century. Without such highly skilled map-making, the Netherlands – which at that time was still known as the Republic of the Seven United Netherlands – would never have been able to achieve its status as such a powerful seafaring nation in the late 16th and throughout the 17th century. The maps that were drawn around that time are considered to be remarkable milestones in cartographic history, with Mercator and Ortelius from the Southern Netherlands (which is now situated in Belgium) regarded as key founders of the Golden Age of Dutch cartography.

Let’s fast-forward to the 21st century. The Netherlands lost its status as a major world power long ago and is now a small (40,000km2), densely populated (17 million inhabitants) country on the shores of the North Sea. Having seen their geopolitical power become eroded, the Dutch are keen to prevent the same thing happening geographically. Large parts of the physical land are situated below sea level, which has forced the nation to develop engineering skills to protect itself against the sea. As a result, the Dutch count among the leaders in coastal protection and land reclamation, and Dutch engineering companies are contracted for major infrastructure projects worldwide, such as to build colossal dams and advanced storm surge barriers to protect major cities against the sea.

As Jack Dangermond observed, the Netherlands – with its history of maritime and engineering innovations – is also in a strong position to become a front runner in the sustainable production of energy. The truth is that the necessary technology is already available. But although Dutch companies are involved in projects all over the world, the country itself still is lagging behind in its progress to reduce greenhouse gas emissions by 49% by 2030 (compared with 1990) and to become practically carbon neutral by 2050. The Dutch government hopes that its national climate agreement will enable the country to achieve these climate goals, while also strengthening the Dutch economy.

Futhermore, the Netherlands excels in land administration, which is an important pillar in the prevention of and response to natural disasters. Kadaster International is widely recognized for its work in this field of expertise, as too are institutions such as Delft University of Technology, University of Twente and Wageningen University and Research. So I echo Dangermond’s observation: the Netherlands has great potential to accelerate the transition towards a smart and sustainable economy and to tackle climate change. What are the core ingredients? Geospatial data combined with broad social, professional and political support!

Still doubting climate change? At the website #ShowYourStripes you can check out the annual average temperatures shown by stripes. These ‘warming stripe’ graphics are visual representations of the change in temperature as measured in each country over the past 100+ years. Each stripe represents the temperature in that country averaged over a year. For most countries, the stripes start in the year 1901 and finish in 2018. For the UK, USA, Switzerland & Germany, the data starts in the late 19th century. (Source: Institute for Environmental Analytics)