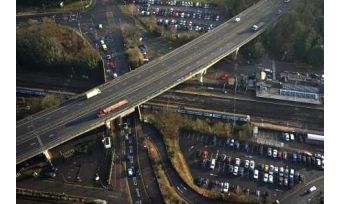 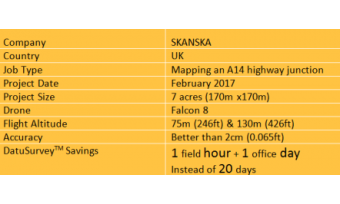 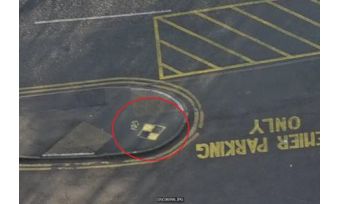 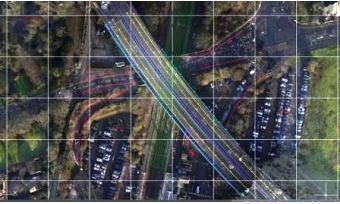 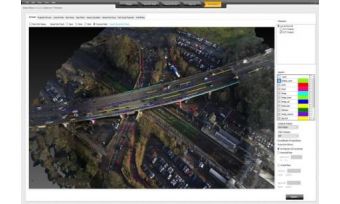 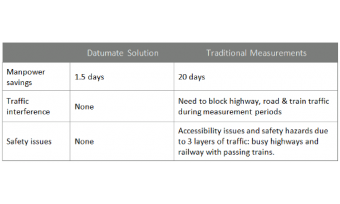 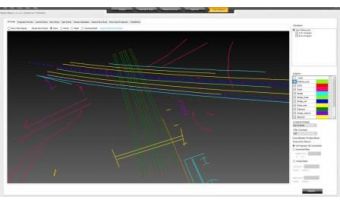 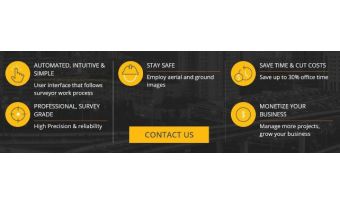 As part of the UK’s A14 improvement scheme, Datumate was required to map a busy A14 highway junction including a highway intersection and a railway line. Traditional total station usage posed harsh accessibility issues and safety hazards due to the busy highway and the passing trains. The complex mapping included multiple infrastructure layers (bridge, road and railway line) as well as an accurate snapshot of the surrounding buildings and mapping of existing cracks to avoid future damage claims during road reconstruction work.

(This case study is brought to you by Datumate)

The A14 road and railway intersection.

A Falcon 8 drone with a 36 megapixel Sony A7R camera was used for high-resolution imaging. The aerial photography was then processed using DatuSurvey Enterprise photogrammetry software.

A Falcon 8 drone was used for quick, precise and easy image capturing. A total of 142 images were taken – from various heights.

First flight took images from the height of 80m for:

Second flight took images from the height of 130m for:

A total of 142 images were taken using oblique angles.

Four permanent ground control points were placed in the area, enabling area georeferencing capture at any given time, without a need for professional surveyor equipment.

A point file, including names, codes, descriptions and coordinates of all new points, was generated. Overall, more than 450 new points were drafted directly on to the images.

The measurement accuracy of all the points was better than 2 cm (0.065ft) in 3D coordinates.

Skanska is one of the world’s leading project development and construction groups. Skanska, a publicly traded company (Nasdaq Stockholm: SKA B), was established in 1887 with multiple companies in the Nordic region, Europe and North America.

Skanska UK, one of the UK’s top contractors with more than 5,400 employees, maintains major roads and highways in a number of regions in the UK.

For more information on the benefits offered by DatuSurvey Enterprise click on the image below. Watch also the video of the challenging A14 road and railway intersection project.