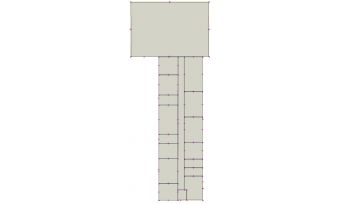 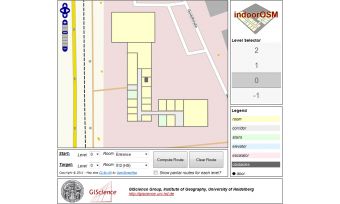 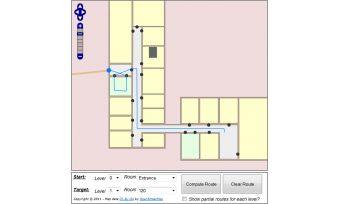 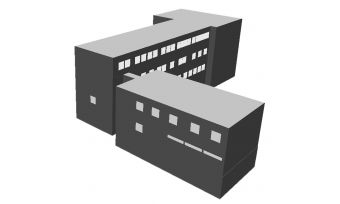 The availability of mobile devices for all has boosted the demand for indoor location-based services such as indoor routing or indoor navigation. Both researchers and companies are trying to adapt well-known outdoor solutions to the requirements of indoor spaces. Crowdsourced geographic information is already a promising new data source for outdoor applications. A logical next step would be to apply this novel paradigm to the indoor world. The authors propose and discuss a new model that extends the scope of Volunteered Geographic Information (VGI) communities – essentially OpenStreetMap – towards indoor spaces. This enables the open collection and usage of indoor information such as emergency navigation in a hotel or personal navigation at the airport. Hence, large-scale availability of indoor VGI would have a positive social impact and add value in many different areas.

As the size of public buildings such as airports, railway stations or shopping malls is increasing, so too is the complexity of their internal structures. It is not uncommon for a hotel to have over 50 floors or for an airport to comprise hundreds of thousands of square metres on several levels. Inspired by existing outdoor mapping or navigation applications, several companies are trying to capture indoor information in order to provide similar services for indoors. However, large-scale capture of indoor information appears to present several challenges.

The widespread availability of GPS-equipped mobile devices and the development of VGI communities such as Wikimapia or OpenStreetMap (OSM) enables the general public to collaboratively collect, share and distribute geographic information. In recent years, the quantity and quality of VGI has grown significantly to the extent that VGI represents a serious alternative to geographic information collected by professionals. These communities are also collecting increasing amounts of information about buildings: recently, the building footprints in OSM surpassed the amount of data on streets. With the integration of additional sensors such as acceleration sensors, barometers, Near Field Communication (NFC) and images, future mobile phones will enable the collection of indoor information. This indoor information can then – if an appropriate methodology for modelling is available – be provided as VGI. However, the existing (outdoor) VGI methodologies need to be extended with methodologies for collecting and sharing indoor information. The authors designed an indoor mapping schema for OSM since, with more than 500,000 members, it is currently one of the largest VGI communities.

The OSM contributors provide two different data types: (1) two-dimensional geometries and (2) additional (semantic or metric) information. For the creation of real geometries, so-called ‘nodes’ can be utilised. Each node describes a distinct geotagged point (with latitude and longitude). For the creation of linear or polygonal geometries, several nodes can be combined to ‘ways’, whereby a closed way (i.e. first node equals last node) represents a polygon and a non-closed way represents a line. Complex polygons with holes or relationships between OSM features can be mapped with ‘relations’.

Enabling the community to provide an arbitrary amount of additional information, OSM applies a concept of freely definable key-value pairs. Thereby, a key (describing an information domain) with a distinct value (refining this information) is attached to the corresponding OSM feature. For example, a closed way with the key ‘building’ and the value ‘yes’ represents a building footprint in OSM. The amount of key-value pairs is unlimited.

Development of an OSM indoor extension requires a basis for a common understanding of various information about a building. Bearing in mind that VGI is collected by non-professionals, the ontology needs to be as simple as possible yet detailed enough for real-world applications. The resulting data model is suitable for the description of both outer appearance and indoor structure.

The newly invented IndoorOSM model follows the existing OSM methodologies, i.e. indoor information can be contributed using existing OSM editors (e.g. JOSM or Potlatch) without changes. The model is based on the simple building ontology outlined above.

A building is mapped as a relation within OSM, whereby this building-relation contains a relation-member (a ‘child’ for each individual building level). OSM nodes representing building entrances or exits are additionally attached to the building-relation. Each building level is again mapped as an OSM-relation, whereby the different building parts such as rooms or corridors on the corresponding level are mapped with closed ways and attached to the level-relation. Additionally, for each level, there is one closed way (or sometimes several closed ways) to represent the level shell (i.e. the outer boundary). Besides these two-dimensional footprint geometries, additional three-dimensional information such as the height of a part of the building or the height of a complete level can be added to the corresponding OSM feature by utilising the key ‘height’. Also semantic information, such as a building name, room names, level numbers and suchlike, can be attached with key-value pairs. For example, the main building-relation is tagged with ‘name=Central Station’ or a level-relation is tagged with ‘level=-1’. Figure 1 depicts how a complete level looks when mapping it in the JOSM editor. Information about doors is provided by attaching a node to one of the corresponding OSM building-part features. It is assumed that a door always connects two different parts of the building; hence, the location of the node represents the centric position of the door. Additional information such as the width or height can be added. Windows are mapped similarly. Additionally, information about the breast of a window can be added with the key ‘breast’. Connectivity information about vertical passages such as elevators or staircases is also provided with OSM key-value pairs. Thanks to the open tagging methodology of OSM, collection of other information (e.g. the room temperature) is also conceivable.

A first draft version of a map application has been developed to demonstrate the power and manifoldness of the IndoorOSM model. Indoor information about a test-case building has been provided in OSM using CAD data, personal measurements and a conventional JOSM editor. The map application (available at indoorOSM.uni-hd.de) visualises the interior structure of the building for each individual level. A level-switcher allows different levels to be selected, with the application instantly visualising the desired floor from a bird's-eye view. A screenshot of the application can be seen in Figure 2.

The application features an indoor routing service, thus making it possible to compute routes within the building, including between different floors. When computing a route, two different modes are available. In the first mode, a user can request the complete route at once, which provides a brief overview but lacks visualisation (especially for long, multi-level routes). In the second mode, the user can also request partial routes for each floor, whereby the parts of the route are updated on-the-fly while switching the level. Within the map, a blue dot indicates the start, and a cross marks the desired target. Figure 3 shows an exemplary route (complete mode) from the building’s entrance to an office on the first floor. The application can be used with any browser, including browsers on mobile devices. While the application currently requires an internet connection, it should also be possible to deploy a standalone version since memory requirements are low.

As the exemplary application demonstrates, crowdsourced indoor geographic information shows strong potential. Additionally, the three-dimensional information contained in this model can be used to create 3D models (Figure 4), such as for applications like OSM-3D.org. As such applications are further improved and new ones are developed, it is likely that the community will become increasingly motivated to contribute information about indoor spaces, utilising existing sensors, personal knowledge or publicly accessible floor plans (available in many public buildings) to do so. Since quality aspects are crucial (especially for high-resolution indoor information), the positional accuracy is an important issue. Creating indoor VGI based on publicly accessible floor plans seems very feasible, whereas the accuracy of GPS or Radio-Frequency Identification (RFID) in indoor spaces is still questionable at present. Although we have shown that the IndoorOSM model can be mapped using existing editors, it is desirable that new or extended editors will be developed that offer specialised functionalities for the specific requirements of handling 3D data or specific senor input. This will make data mapping easier, thus further supporting OSM’s members in collecting and sharing indoor information.

The authors would like to thank the Klaus-Tschira-Foundation (KTS) Heidelberg for its financial support for this research.

Biography of the Author(s)

Marcus Goetz has been a PhD student and research assistant at the GIScience group at the University of Heidelberg since early 2010. His doctoral research focuses on the extension of Volunteered Geographic Information (especially OpenStreetMap) to indoor spaces, with particular interest in the usage of such data for indoor location-based services.

Alexander Zipf is a professor and the chair of the GIScience group at the University of Heidelberg. His research areas include 3D-GIS and spatial data infrastructures 2.0 as well as volunteered and crowdsourced geoinformation or location-based services.

Figure 1, IndoorOSM information about one building level in the OSM editor, JOSM.

Figure 3, An exemplary indoor route inside the building (complete mode).