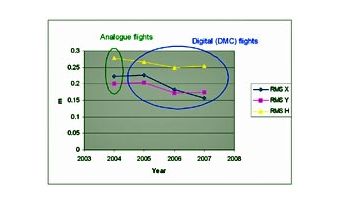 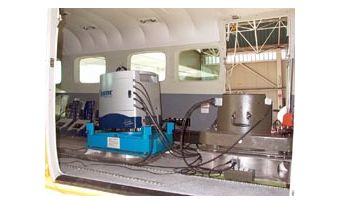 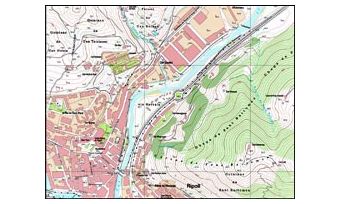 Over the period from December 2004 to 2008 the Institut Cartogràfic de Catalunya, Spain, took nearly 200,000 digital aerial images using two Digital Mapping Cameras (DMC) to replace analogue RC30 cameras. We discuss how the shift from analogue to fully digital workflow can improve accuracy and efficiency of production.

In its role as overseer of cartographic production in Catalonia, the Institut Cartogràfic de Catalunya (ICC) flies an annual 32,000km2 (approximately 10,000 DMC images) at ground sampling distance (GSD) of 45cm; more than 500km2 at 7.5cm GSD is captured annually, covering urban areas (approximately 15,000 DMC images). Since 2004 half the territory of Catalonia has been flown yearly and aero-triangulated from 45cm GSD images (see Figure 1).

When in late 2004 ICC received the first DMC, it required some adjustment to parts of the analogue aero-triangulation workflow. New ‘know-how' also had to be acquired relating to issues like self-calibration and GPS/IMU quality and their impact on aero-triangulation results.
There was gradual improvement in quality of aero-triangulation over the first three years of DMC operation (Figure 2). Expressed in terms of residuals after adjustment, the accuracy of semi-manual point identification using ISDM from Intergraph in DMC images is 30% better than in analogue images; using automatic image matching accuracy improves by a factor of three (Table 1). Application of automatic image matching on digital images with 1/10th of a pixel yields significantly higher accuracy than for scanned photos, and this generally compensates for accuracy loss caused by the lower base-to-height ratio.

The relative accuracy of the checkpoints (2cm) is of the same order as those of the image points, which might have negatively affected the results. In general, an X,Y accuracy of 1/2 pixel and a height accuracy of 2/3 of a pixel can be achieved on a routine basis.

The accuracies of automatically derived Digital Elevation Models (DEMs) were determined using images from three surveys flown over the same area. The data was collected using a DMC at GSDs 45cm and 20cm in 2006 and 2007, and in 2004 with a RC30 at 45cm GSD obtained from scanning the photographs of pixel size 15µm (see Figure 3). The DEMs were created using Inpho's Match-T and compared with Lidar data. In an area free of buildings and vegetation the digital and analogue images of 45cm GSD resulted in similar accuracies of approximately 1/2 GSD, although the DEM derived from the DMC images appeared to slightly better. The 20cm GSD images resulted in 8-9cm accuracy, reaching the accuracy level of the Lidar data.

The Topographic Database of Catalonia scale 1:5.000 (BT-5M, see Figure 4) is generated by stereoplotting from 45cm GSD images. The X,Y and height accuracy are specified in terms of one sigma as, respectively, 60cm and 90cm. In terms of two sigma, that is 90% of the points that can be well identified in stereo mode, these figures are, respectively, 1.0m and 1.5m. The two-sigma numbers for mapping urban areas at scale 1:1.000 from 7.5cm GSD images are 20cm and 25cm. Accuracy is assessed in terms of RMSE by comparison with independent checkpoints taken from aero-triangulation of projects at larger scales and not used in the aero-triangulation. Table 4 shows the results for 45cm GSD images, and Table 5 for 7.5cm GSD images. In general, an X,Y accuracy of 1.1 pixels and height accuracy of about 1.5 pixels may be routinely achieved.

DMC images contain more infor-mation in shaded areas than do photographs, enabling extension of flight period over the whole year, including winter; this gives flexibility in workflow. This is, however, only true for large-scale imagery used for stereoplotting; generation of orthophoto products from small-scale imagery requires light conditions which can be met only from May to September. The definition of digital imagery is better than analogue imagery at all scales, providing more security for operators during stereoplotting. Relief is less well indicated in DMC imagery; in images of 7.5cm GSD it is difficult to digitise objects differing less than 20cm in height from their surroundings, such as pavements, curbs or rails. Another disadvantage is the high contrast. If the image histogram cannot be modified (semi-)automatically during stereoplotting, digitisation proves more difficult than using photos, where the contrast is not so high.
The limited area covered by digital stereo-pairs also demands more data management during stereoplotting - unless adjacent stereo-pairs can be automatically loaded.

Thanks are due to R. Alamús and T. Ruiz.

Table 1, Residuals in µm and pixel.