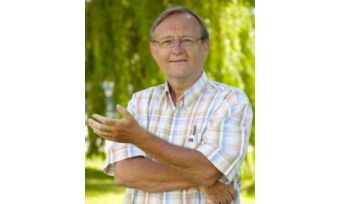 In 1994 the European Commission saw the need for a European involvement in global satellite navigation. Twenty years have passed since then; what has Europe achieved? After eight years of scuffling, the EC agreed on the launch of the European civil satellite navigation programme, Galileo. That was in 2002. Progress was steady: Galileo’s Giove A was put into orbit in late 2005 and Giove B followed in April 2008. Two initial operational capability (IOC) satellites became operational in October 2011, with the second pair launched one year later. These four satellites enabled validation of the Galileo concept both in space and on Earth.

There was much disagreement among the EU member states from the start, but the blade of hope that amalgamated the clashing minds was that Galileo would become a commercial success because users would be willing to pay for superior services. Together with GPS, Galileo would enable better coverage and higher reliability, also indoors and in urban canyons, which is key for safety-critical applications. But that hope was in vain. Cooperation is difficult, especially when it concerns a broad spectrum of bureaucratic institutions. The plethora of issues raised can be grouped into two main categories: converging interests and funding. The US was unhappy with a competitor which purely focused on the civilian user. At that time, selective availability had not yet been turned off, Beidou was still on China’s to-do list of upcoming projects while Glonass was in an advanced stage of decomposition. Another GNSS, especially from such a well-developed region as Europe, would threaten the US’s space hegemony. The European countries with strong trade relations with the US agreed with the claims of Galileo’s superfluity and opposed it strongly.

How should a multibillion-Euro project be funded? The panacea discovered in the mid-nineties was public-private partnership (PPP). Banks and multinationals were persuaded to invest two-thirds of the deployment cost, triggered by revenues through charges on high-precision services (low-precision services would be free and open to all citizens). That business model mouldered in 2007 when the US publicised that its military did not mind the rest of the world using GPS for free. The PPP vaporised and the burden of Galileo came to rest on EU taxpayers’ shoulders. By 2010 the project, once marketed as a catalyst for economic growth, was three times over budget without having raised a penny and nearly a decade behind schedule. The system would not be operational before 2020 and would cost EU taxpayers over EUR20 billion. Another issue was the discrepancy in time horizon. Public-sector timelines blow in the political winds gusting through the various EU countries, while political preferences may change over time – a guarantee that projects will take decades. The private section cannot afford to wait patiently for profit to materialise.

In an attempt to win the sympathies of EU taxpayers, in 2011 the EC organised a drawing contest open to children born in 2000, 2001 and 2002. After all, our future is in the hands of our youth. The Galileo satellites would be named after the 27 winners – one per EU country (Croatia did not become an EU member until 2013). Hence, the four satellites launched in 2011 and 2012 bear the names Thijs, Natalia, David and Sif. The two satellites launched August 2014 – Doresa and Milena – were injected into the wrong orbit. Doresa Demay from Germany can nevertheless be proud since the engineers succeeded in switching on Doresa’s navigation payload once it reached its target orbit. However, Milena Kaznatsejeva from Estonia will remain disappointed; her satellite will continue circling aimlessly. It will be the year 202X before the Galileo signals will finally be operational for positioning and navigation purposes. Some call the project a textbook example of how not to run a large-scale infrastructure project.

With or Without You? – Analysis of a Galileo Outage