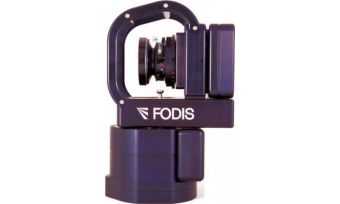 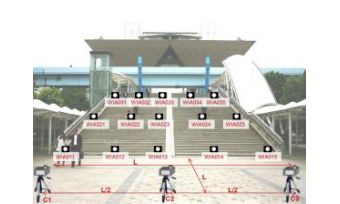 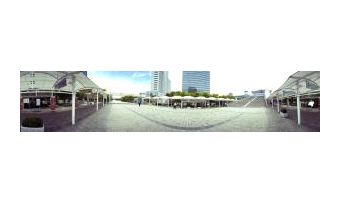 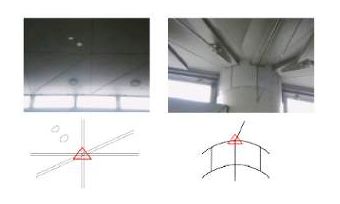 Under the leadership of the Japan Association of Surveyors, the new Fodis Measure3D system was benchmarked against total stations and single frame array cameras for detecting RFID tag positions. One test was performed outdoors for accuracy and two tests indoors for productivity. Fodis Measure3D proved to be an accurate and reliable solution and was shown to be time-efficient, especially for indoor applications where rapid, accurate and selective point measurements are required.

In Japan, outdoor navigation by GPS is both popular and successful, and such outdoor navigation technology is now available for use with smartphones - to provide an online restaurant guide, for instance. The demand for reliable indoor navigation is also increasing, and many Japanese companies are helping to develop the new market of indoor positioning. This entails establishing a system similar to GPS by means of Radio Frequency IDentification (RFID). RFID is a generic term which is used to describe a system that transmits the identity (in the form of a unique serial number) of an object or person wirelessly, using radio waves. Japan Association of Surveyors (JAS) wanted to compare the accuracy and efficiency of the Fodis Measure3D solution against the traditional method of measuring and documenting the tag positions.

In spring 2011, Fodis introduced the new Fodis Measure3D system. Fodis Measure3D is a combination of a fast, high-resolution, 360° panorama camera with innovative software packages, allowing direct 3D measurement in RGB images rapidly and accurately. The Fodis panorama camera has three parts: a camera head, an optical part, and a high-precision motor. The camera head, which consists of a linear array of Charge-Coupled Device (CCD), allows rapid image acquisition in Time Delay Integration (TDI) mode, typically in a few seconds for 360° image capture. Camera control and image transfer to a tablet PC are performed via gigabit Ethernet. The optical part of the system allows the use of different lenses. The camera head is mounted on a high-precision rotating motor. Upon rotation of the motor, the linear array sensor captures the scene as a continuous set of vertical scan lines. Rotation speed and scanning angle are pre-selectable and correspond to the shutter speed, image size and the focal length of the lens. Fodis Measure3D software is a unique, close-range photogrammetry software capable of processing frame array and panoramic imagery. It includes advanced methods of camera calibration, image processing and optimisation to assure high accuracy and reliability.

Experience has shown that, when it comes to measuring and documenting RFID tag positions, total stations in combination with frame array cameras are not particularly time-efficient. JAS wanted to compare the accuracy and the time-efficiency of the Fodis Measure3D solution against this traditional method of measuring the tag positions.

For the evaluation of the Fodis Measure3D compared to the traditional method, JAS designated three different locations: one outdoor site and two indoor sites, all located in the area of Tokyo Bay. The outdoor test site was used to test the accuracy of the Fodis solution. The outdoor test site was an outdoor staircase with a length of 30m, a width of 13m and a height of 10m. A total of 15 marked circular targets were distributed regularly over the staircase for the test (Figure 2).

The measurement team placed the Fodis camera at three different locations at a distance of approximately 12m from the beginning of the test field (Figure 2). At every station, one high-resolution panoramic image of 300 million pixels was captured (Figure 3) in about 6 seconds.

The marked circular targets were measured with both solutions - the Fodis Measure3D as well as the total station and the frame array camera.

Documenting the entire scene of the indoor spaces would have required many frame array images (more than 100) and hence would have taken a significantly longer time to process. It was therefore decided to only collect data using the panorama camera and the total station. The measurement team would normally set up four Fodis camera stations to cover the full area of each indoor space. However, because the first indoor measurement space was rectangular, and covering the entire scene would have been too difficult with only four camera stations, the team decided to locate the Fodis camera at eight different locations.

The Fodis team faced the challenge of people moving about in the field of view and creating occlusions for the measurement. Traffic regulating measures and suchlike usually stop people from interfering with image/data acquisition during this kind of measurement. However, since the Fodis images were being acquired from different stations, these occlusions did not pose any problems to the final measurement. If the area is very crowded, this challenge can also be overcome by capturing multiple images per station. Hence, the Fodis system is practical since it does not interrupt traffic or disturb the flow of people.

Measuring features with a total station can lead to a high degree of error, because the interest points are natural features which cannot be accurately identified from different stations. In addition, because of steep incident angles, features on the ceiling are difficult to measure for the operator of a total station (Figure 4).

As a consequence of the recent natural disaster in Japan, power supply was limited and therefore the hall had minimal illumination, which left the scene very dark. Despite such poor lighting conditions, the Fodis camera captured every 300 million pixel image within just 30 seconds without compromising measurement precision.

Fodis Measure3D works with just a few high-resolution panoramas covering the entire scene, thus allowing rapid processing. If a frame array camera had been used, a significantly greater number of frame images would have been required to cover the entire scene. Furthermore, the processing of the large amount of frame images would have taken significantly longer.

Similar accuracy results to the Fodis Measure3D were reached with the frame array camera solution. For this system, the images were taken from the exact same location as for the Fodis camera.

Overall, the Fodis Measure3D system proved to be useful for indoor measurement (Table 2). These tasks were carried out by only one operator. In comparison, the total station workflow required three hours of field work, approximately 1.5 hours of office work, and more staff (three operators).

When it comes to measuring and documenting RFID tag positions, total stations and frame array cameras are not time-efficient in practice. Japan Association of Surveyors (JAS) compared the accuracy and time-efficiency of the Fodis Measure3D solution against the traditional method of measuring and documenting the tag positions. One test was conducted for accuracy testing using a total station at 11 checkpoints. The results show an accuracy of 1mm in 10 metres. Two tests were conducted indoors to evaluate the time-efficiency of the system. The comparison shows that the system requires less time in the field and can be performed by just one operator. In addition, the Fodis Measure3D solution has the benefit of the 360° panorama image and, ultimately, can export the measurement results into a virtual tour which can be shared on a web platform for the assessment of tagged positions - with the owner of a building, electrical engineer and surveyor engineer, for example. In conclusion, the Fodis Measure3D is a viable alternative to total stations and frame array cameras. It is a highly practical method with regards to time-efficiency spent in the field, in automatic data acquisition/storage as well as completeness of the data acquisition.