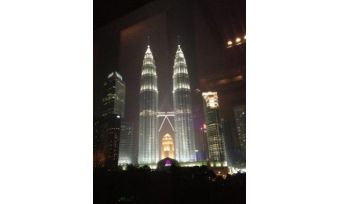 At the XXV International Federation of Surveyors (FIG) Congress in Kuala Lumpur, Malaysia, from 16-21 June, the Reference Frames in Practice Manual was released. Fundamental to any geodetic system is the spatial reference frame upon which it is based, and historically these were locally or regionally based. Through the use of global navigation satellite systems (GNSS) such as GPS and GLONASS, however, reference frames have increasingly become much more global in nature. For over two decades, the IAG’s International Earth Rotation and Reference System Service (IERS) has been responsible for defining the International Terrestrial Reference Frame (ITRF). ITRF2008 is the latest version, with the release of ITRF2013 imminent. GNSS technology, when used in combination with geodetic products from the International GNSS Service (IGS) – such as precise satellite orbits and clocks, and GNSS tracking data from its global network of permanent reference stations – has made connecting to the ITRF easier than ever. This means that a nation’s spatial reference frame, which allows a location to be unambiguously identified through a set of coordinates, can be aligned to the ITRF through services such as the IERS and IGS.

Within FIG Commission 5 ‘Positioning and Measurement’ (2010-2014), the Reference Frames Working Group 5.2 identified a strong need to provide training on the topic of ‘Reference Frames in Practice’ to provide practical advice on how nations could use the IAG services to modernise their spatial reference frames. Three successful Technical Seminars on Reference Frames were held: the inaugural meeting was held as part of the 2012 FIG Working Week in Rome, the second was held following the 2013 South East Asia Survey Congress in Manila, and the third was held as part of the joint FIG/UN-GGIM-AP Pacific Small Islands Developing States Symposium, Fiji, in September 2013.

Following the first seminar, a need was identified to develop and publish a manual on reference frames in the format of two-page factsheets that could be easily updated and used individually. The resulting Manual covers the following topics:

An extremely important aspect of this Reference Frame in Practice Manual is as a concrete demonstration of the value of the close co-operation in recent years between IAG and FIG. Contributions to the Technical Seminars and the Manual have been made by IAG and FIG experts in their specific fields of interest, and it is hoped that such collaboration will continue to grow and deepen in the future. The Manual can be downloaded from the FIG website.

Advances in GNSS precise positioning, the availability of geodetic products from the IGS, and the easy access to the ITRF, means that national geospatial reference frames or datums can be more easily aligned with the highest fidelity global reference frame than ever before.