Today’s advanced computer technology enables several players to play the same game at the same time. Can the visualisation technology used in 3D multiplayer games designed for leisure and entertainment purposes also be used to improve communication between the various stakeholders in spatial development projects? A Dutch company has developed a platform, called the Tygron Engine, which supports decision-making by visualising geodata, modelling it and facilitating interaction in a virtual 3D environment.

Tygron is a software company with offices in The Netherlands and New York City, USA. It was founded in 2005 as a spin-off of the Delft University of Technology. The founders started with the simple idea of supporting city planning by allowing stakeholders to try out various scenarios in a realistic 3D environment. Inspired by games such as Sim-City and LinCity, they wanted to create a gaming engine for processing accurate geodata and 3D modelling of cities which supported citizen participation. Today, the company employs 20 people.

The Tygron Engine offers a visual and interactive 3D platform which enables stakeholders to examine, plan and negotiate solutions for city designs and development projects. The software helps to streamline planning, to build stakeholder consensus and to reduce time and costs. The platform supports decision-makers, urban planners, architects and engineers as well as citizens and others with little experience of geoinformation in viewing and manipulating complex geodata easily and intuitively. It is possible to expand its functionalities and automated interaction using an application programming interface (API),

The virtual 3D environment is based on gaming in which several players are able to interact simultaneously. In this case, the ‘players’ are representatives of government authorities, project developers, interest groups, citizens and other stakeholders. In an urban development plan, for example, the effects of constructing new buildings or demolishing old ones are presented to all players at the same time. The changes are not brought in by just one authoritative user, such as the project developer, but rather all users can interact and make their own changes. Since all users may apply geodata and place, move or remove 3D objects, they can discover for themselves the effects of the changes on their own or other stakeholders’ budgets, on heat stress and on other relevant issues. A project developer gains insight into the effects of the plans on citizens’ quality of life, for example, while the water board sees the effects on water storage capacity. All users may respond on the spot as changes are presented in near real time.

The project starts with the upload of geodata from online sources, such as cadastral data, heights and images. 3D virtual representations of buildings, water bodies, height maps and more are created from that data. Building costs, parking demands, water storage capacity, carbon emissions, ownership details, other rights holders and many other parameters can be attached to each of those objects. Whenever stakeholders modify or move objects, the platform automatically calculates the effects on the parameters. In such a parametric model, road capacity can be increased by widening the roads for example. This will use more asphalt and reduce green space. Together, the two have a negative impact on heat stress and liveability. The widening of the road also requires involvement of the owner.

The Tygron Engine is linked to Esri’s ArcGIS for data visualisation and datasheet creation. The 3D representations are vector-based and thus allow realistic visualisations. Stakeholders add specific data, such as scenarios and options – parameters like the ones discussed above – and relationships to other stakeholders. During joint sessions, stakeholders implement alternatives to which the other stakeholders may respond (Figure 1). As the alternatives are explored, the plans can be adjusted in line with new insights or new developments. Throughout the sessions, the stakeholders gain a better understanding of their own and the other stakeholders’ roles. They negotiate and implement their plans and receive feedback on the effects. The platform speeds up the spatial development process, thus benefiting all parties. The results are saved and presented to residents, interest groups or other parties. As the project progresses, the stakeholders might collect new information which may impact financing and projected results or shift interests. The adjusted project also acts as a template for similar projects in the future. Such an adaptive approach has already allowed the development of a Climate Game template, for example, which provides new projects with a full set of climate-related stakeholders, data models and options such as green roofs, levees and dikes. 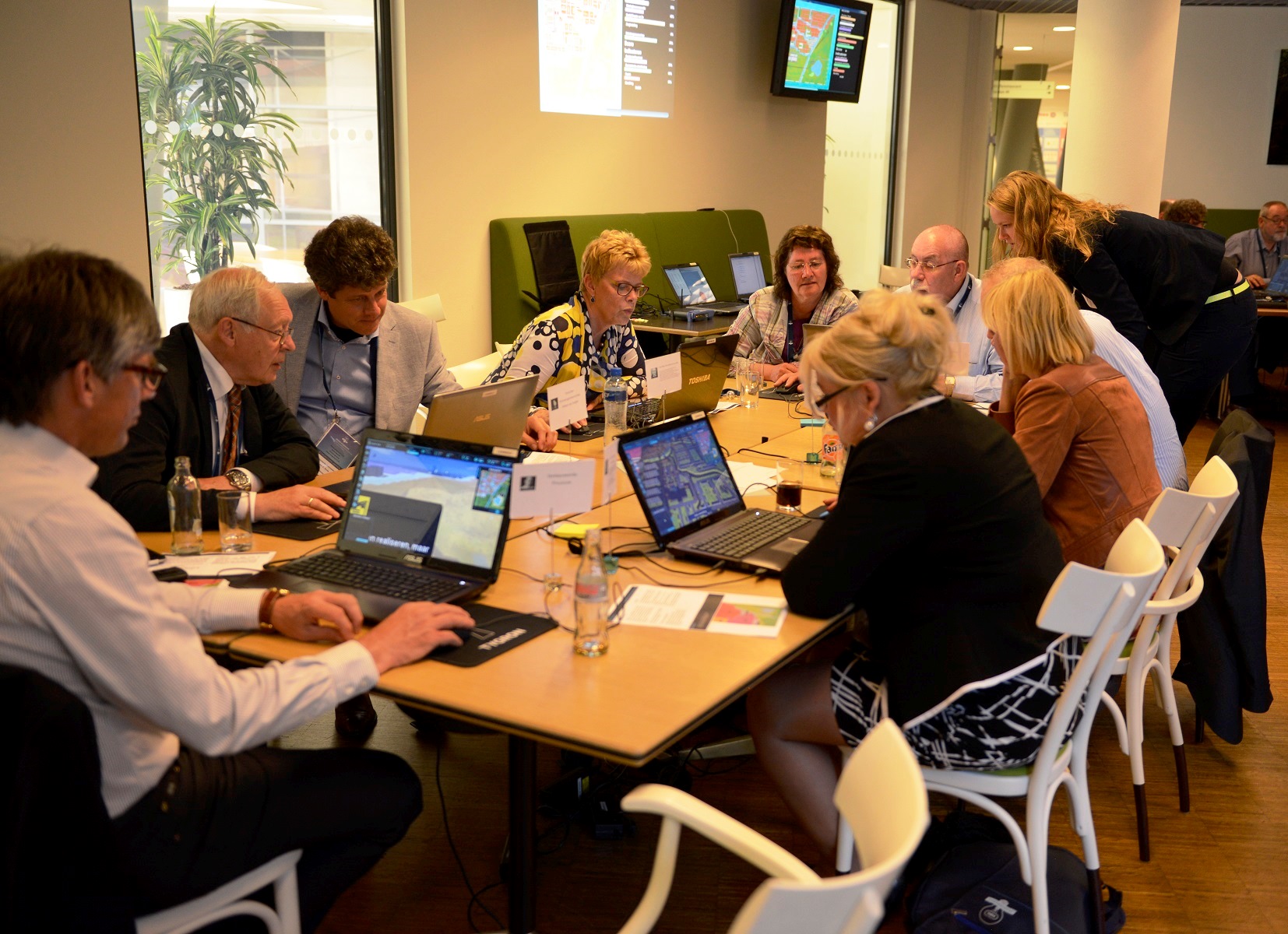 The power of the platform was first demonstrated in a deadlocked urban development. The local government of Delft, The Netherlands, had sold a land parcel to a project developer, but refused to grant a permit for development as long as the buyer would not allocate part of the land as an overflow reservoir to prevent inundation. Costly lawsuits dragged on for five years and the delay caused a loss of EUR12 million. Residents feared an increase of traffic in their neighbourhood, thus decreasing liveability. After years of stagnation, local infrastructure was degrading, a primary school suffered a drop in the number of pupils and the quality of life declined – a textbook example of a stagnant project in which stakeholders hire consultants to defend individual interests. The serious game introduced by Tygron enabled stakeholders to implement their ideas in a virtual 3D environment, resulting in consensus and understanding. This put an end to lawsuits and streamlined communication and progress. Today, the potential of this serious game has been recognised by municipalities, project developers and water boards, not only in The Netherlands but also in the USA (see Figures 2 and 3), South Africa and other parts of the world. 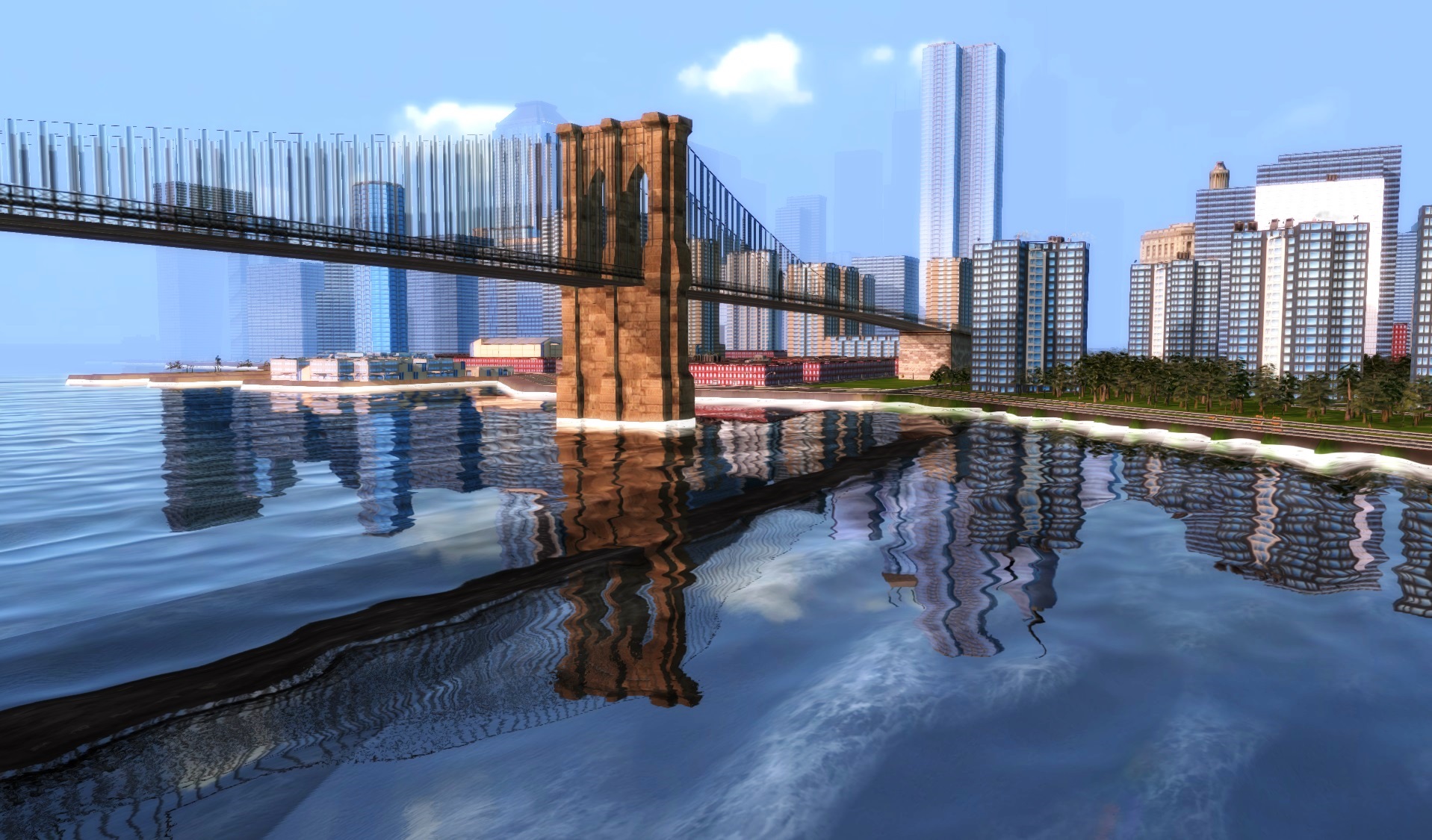 The functionality of the Tygron Engine is sufficient to present an initial overview but, as demands increase, users want to implement case-specific data. The built-in editor allows customisation of projects in a graphical ‘what you see is what you get’ environment (Figure 4). The parametric design discussed above shows the effects of, for example, building a new neighbourhood from the perspective of water-storage capacity and other related components. Hence any changes and their effects are transparent for all stakeholders, and this introduces a behavioural change; communication is more open since the data can be explored by all stakeholders and implementing incorrect or inaccurate data would harm one’s own interests. In one project, some stakeholders complained that the data was wrong and provided their own data. That stimulated the sharing of information, active engagement and transparent communication. In the traditional approach, each stakeholder would hire consultants, architects and lawyers to raise and defend their own interests. The Tygron platform helps stakeholders to collaborate, negotiate and develop scenarios. 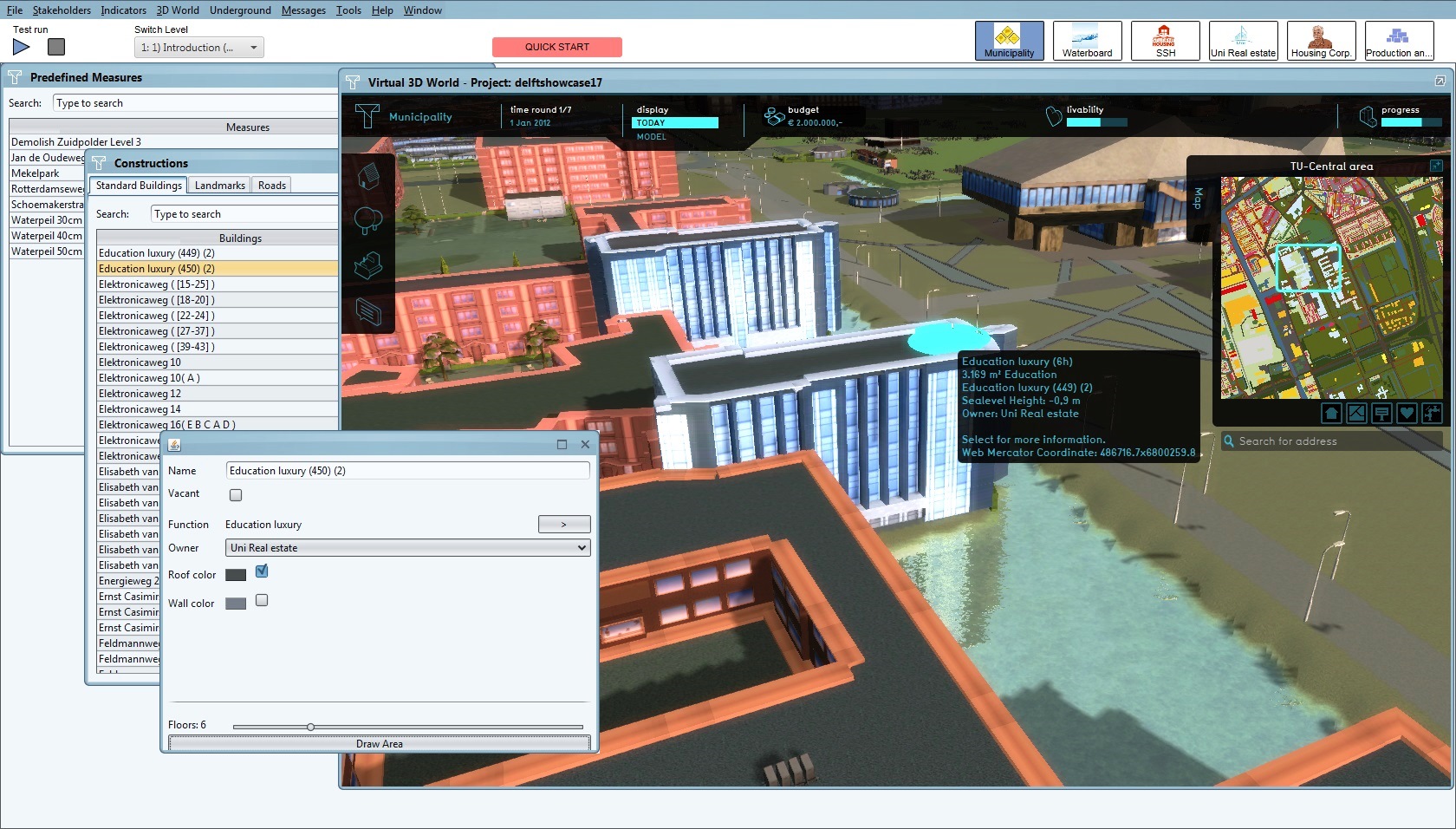 Figure 4: The editor allows stakeholders to tune the project.

Users can expand the functionality by connecting the platform to their own models using the API. One example is the calculation of the effect of a new road on the emission of particulate matter. The platform sends a request to the stakeholder’s external model, retrieves buildings, roads, key performance indicator targets, measures and other data, and calculates concentrations. The results are sent back to the platform which displays maps and data sheets (Figure 5). External models can also be called up by the platform through web services. To facilitate working with the API, a free open-source software Development kit (SDK) is available.

Florian Witsenburg, owner and CEO of Tygron, is a member of the Dutch government’s Smart Cities group and guest lecturer in software use for community engagement at the Massachusetts Institute of Technology, Cornell University and Oxford University. Email: florian@tygron.com

Rudolf Koster is software developer and specialises in API and SDK for interaction with the Tygron Engine. Email: rudolf@tygron.com

CHC Navigation is expanding its reach throughout Europe and the world, with more dealers and customer support and advanced training and service points. The Shanghai-based comp...

The release of Android version 7.0 in 2016 allowed users to access raw data transmitted by the Global Navigation Satellite System (GNSS) for the first time. More recently, it has b...

In early 2021, the Orthodrone team crowded itself and its equipment into a tiny Swiss gondola and made its way to one of two dams scheduled for water-side inspection – no eas...