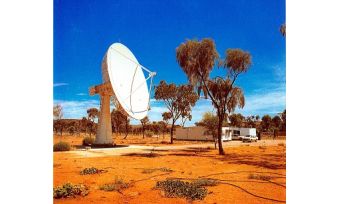 On 18 June 2015 in Canberra, Australia, the U.S. Geological Survey (USGS) and Geoscience Australia signed a comprehensive partnership to maximise land remote sensing operations and data that can help to address issues of national and international significance.

The partnership builds on a long history of collaboration between the USGS and Geoscience Australia and creates an opportunity for the organisations to pool resources. According to Dr Frank Kelly, USGS space policy advisor and director of the USGS Earth Resources Observation and Science Center, USGS and Geoscience Australia are to implement a shared vision for continental-scale monitoring of land surface change using time-series of Earth observations to detect change as it happens.

A key element of the partnership involves a major upgrade to Geoscience Australia’s Alice Springs satellite antenna which will see the station play a much more significant role in the international Landsat ground-station network. Following this AUD3 million upgrade committed to by the Australian Government, the Alice Springs antenna will transmit command-and-control signals to the Landsat satellites and support downloading of satellite imagery for the broader South East-Asia and Pacific region. Alice Springs will be one of only three international collaborator ground stations worldwide playing such a vital role in the Landsat programme.

The partnership will also include a focus on applying science and ‘big data’ techniques, such as Geoscience Australia’s Geoscience Data Cube and the USGS’s land change monitoring, assessment, and projection capability, to help users unlock the full value of the data from the Landsat programme.

Dr Suzette Kimball, acting director of the USGS, recently noted they are beginning to see that the combination of high-performance computing, data storage facilities, data preparation techniques and advanced systems can materially accelerate the value of Landsat data. By lowering barriers to this technology, it is possible to enable government, research and industry users in the United States and Australia, as well as the broader world, to realise the full benefits of this open-access and freely available data.

Immersive Geoscience to Be Key Topic at Virtual Geoscience Conference 2018 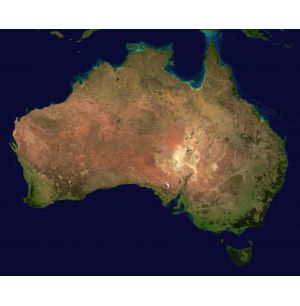