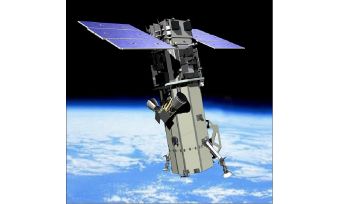 The first permanent Earth observation (EO) satellite, initially called Earth Resources Technology Satellite 1 but today better known as Landsat 1, was launched in July 1972 by the National Aeronautics and Space Administration (NASA), USA. With a ground sampling distance (GSD) of 79 metres, the images captured by the Landsat Multispectral Scanner provided an astonishingly comprehensive and panoramic view of areas never before mapped. That is to say, astonishingly for that particular space era. But technology is evolving all the time, and space power is gradually being distributed more fairly among the nations in the world, as Mathias Lemmens explains in this column.

After all, technology is not an independent being with a will of its own, but a product. Technology has no marital status, address or phone number. Technology is the result of the ingenuity and toil of a particular subgroup of mankind, often condescendingly referred to as ‘techies’ or ‘nerds’. Why are the bearers of technology belittled in this way? Without them, mankind would suffer and ultimately starve.

Launched in August 2014, WorldView-3 – also made in the USA – has a nadir GSD of 31cm in the panchromatic band. This means that the GSD of spaceborne EO sensors has increased by a factor of more than 260 over a time span of 42 years. In other words, the area covered by one pixel in 1972 is covered by nearly 70,000 pixels today, a laudable average year-on-year increase of 30%. This figure indicates a doubling of pixels per unit of area every two and a half years. In 1986, France joined the USA in space by putting the SPOT satellite into orbit, marking Europe’s appearance on the space stage. The first of the Pléiades twins (identical satellites) was put into orbit in December 2011, and the second almost exactly a year later in December 2012. With a GSD of 50cm and a swath width of 20km, these two EO satellites challenged the WorldView family with respect to spatial resolution. But Europe is not intent on keeping its technology to itself. Airbus Defence and Space – successor of the European Aeronautic Defence and Space Company in January 2014 – built an EO satellite for Kazakhstan with a GSD of 1m. Launched on 30 April 2014, the KazEOSat-1 captures 220,000km² daily and can revisit any area in Kazakhstan within three days. On 20 June 2014 the satellite was joined by the KazEOSat-2 with a GSD of 6.5m, aimed at agricultural and resource monitoring, disaster management and land use mapping. Kazakhstan’s neighbouring country and former fellow member of the Soviet Union, Russia, permanently challenges the space power of USA and Europe by operating and gradually extending the Resurs-P family of EO satellites; Resurs-P 1 was launched in 2013, Resurs-P 2 in 2014 and Resurs-P 3, of which one of the solar panels failed to deploy, in 2016. These siblings have a GSD of 1m and a swath width of 38km. With the launches of the Resurs-P family, Russia joined USA and Europe in operating very-high-resolution (VHR) EO space stations, i.e. with a GSD of 1m or better.

China is rapidly emerging as another nation which observes the Earth from space. The country is blasting EO satellites into space from the Gobi Desert with such frequency that it could well usurp the USA as the leading space power before long. China launched 22 EO satellites in 2016 alone, and that annual figure increased to 40 in 2018. One of the satellites is equipped with a sensor which takes 20 frames per second with a GSD of 90cm and a swath width of 22.5km, which now qualifies China as a nation operating VHR EO satellites.

Today, over 30 nations have hundreds of ‘eyes’ in space. With respect to spatial resolution, Europe and the USA still take the lead. Obviously, these developed nations are not hampered by the law of the handicap of a head start – at least, not for the time being. In the meantime, nearly 50 years have passed since the undisputed dominant nation of the planet drastically changed our view of the Earth: from a hostile, injurious environment which should be tamed, to a tiny, vulnerable celestial body floating in the universe together with millions of others – a body which needs protection against human exploitation and malicious depletion. This feeling is aptly captured in one all-encompassing term: climate change. Meanwhile, space power is gradually being distributed more fairly among the nations of the world.