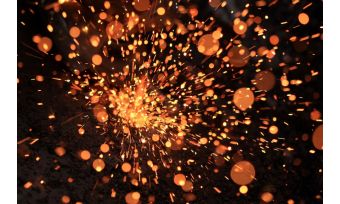 These days, watching the news, reading the newspaper or following social media doesn’t fill one with much joy about the state of the world’s economies, political stability and climate. At the risk of sounding like a grumpy old man insisting that things were better in the olden days, I have to admit that it is hard to find sparks of optimism in the day-to-day news. Our industry is being tossed around on the waves of international developments like the upcoming Brexit, the US elections, wars in the Middle East, low oil prices, and weak economies and currencies. As a result, you could generalise that the geomatics industry is barely growing, virtually stagnant, just riding out the storm and waiting for better times. But Durk Haarsma, publisher of ‘GIM International’, is so positive by nature that he has found a few sparks of optimism to share with you.

First of all, the economies in the BRICS countries – Brazil, Russia, India, China and South Africa – which just before the crisis of 2008 were regarded as the most promising emerging economies for the future. We haven’t heard much about BRICS over the past few years, but it appears that the Russian rouble and the Brazilian real are amongst the world’s fastest-rising currencies. And China and India are both showing growth figures of 6 and 7 percent respectively, numbers that politicians in the West can only dream about. The combined gross domestic products (GDPs) of the BRICS countries add up to USD16,600 billion – equivalent to 30 percent of the world’s total. Besides the quiet growth of these countries, another snippet of good news is that, according to a recent report by the World Bank, the percentage of the world population who have less than USD1.90 per day to live on has decreased from above 30 percent in 1990 to below 10 percent in 2015. This means that hundreds of millions people are no longer living in extreme poverty. The last spark of optimism I would like to highlight is the growing support for developing a greener energy sector. According to the Organisation for Economic Co-operation and Development (OECD), more and more policymakers and businesses are committing to renewable energy targets, which should deliver environmental benefits by reducing greenhouse gas emissions, air pollution and decreasing reliance on fossil fuels. Climate sceptics are losing ground, although still way too slowly for many.

These three upbeat examples will hopefully go some way towards brightening the day of the many industry professionals who feel saddened by the consequences of the daily news reports for both their businesses in geomatics and the world as a whole. By its very nature, geomatics is well positioned to take up the challenge; it can put existing technologies to work and develop new ones, helping to boost economies in emerging markets, to further decrease poverty for many in other parts of the world and assisting in the search for new ways of generating renewable energy to safeguard the planet’s future. I encourage you to go out and look for these and other sparks yourself, to boost not only your optimism but also your business.