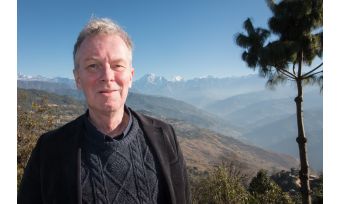 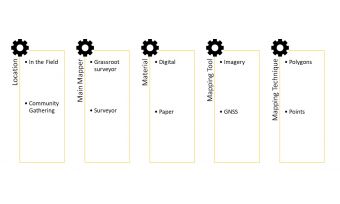 In 2017 Dr Christiaan Lemmen, a former contributing editor of 'GIM International', was appointed as professor of land administration modelling at Twente University’s Faculty ITC for Geo-Information Science and Earth Observation. He is the leading designer of the ISO 19152 international standard for geographic information – Land Administration Domain Model (LADM), the second edition of which has been in development since 2018. In this interview, he discusses the importance of LADM standards, poverty and tenure security, and the long and winding road to put well-functioning land administration in place in developing countries.

The Land Administration Domain Model is actually an international standard (ISO 19152). Why is it important to have a worldwide standard for land administration purposes?

ISO 19152 defines a reference Land Administration Domain Model (LADM) covering basic information-related components of land administration. To understand its importance, this standard should be looked at as a knowledge model in which the semantics of the land administration domain are defined, but in a descriptive way rather than a prescriptive way. The people designing land information models, which are the core of a land administration system, are the brains of the land administration organization. They are faced with the question of what to include and how to structure a data model at conceptual level. To start from scratch is far more difficult then starting with an existing, conceptual model which can be adapted to local needs. LADM meets these needs by defining such a model and can be regarded as the common denominator in land administration. LADM supports system design, system development and system implementation. LADM is also aimed at facilitating communication between organizations and governments on various levels.

There are many different land administration systems worldwide, which often consist of a conglomerate of divisions which may even belong to different ministries and agencies. Would standardization help in such a diverse world?

Yes, definitely. In many countries, land administration is fragmented between many institutions which often operate from silos and under mandates that do not support cooperation and coordination. Some institutions may cover one part of the country while others cover adjacent administrative units; some institutions operate at central level, others at regional or local level. The types of tenure the institutions register may also differ. Countries with well-developed land administration show that proper land information models are desperately needed. However, reforming established institutions is very complex and requires political willingness, particularly to ensure good cooperation and workflows. Not only are there many inconsistencies among institutions at the operational level, but the data is also inconsistent and incomplete in many countries. Standards do help here and also enable GIS and database providers as well as open-source communities to develop and offer consistent products and applications. Today, this solution has been initiated in the Open Geospatial Consortium (OGC) with the domain working group for land administration. I expect this initiative to greatly help developing countries arrive at well-functioning land administration. Additionally, only paper-based approaches are legally valid in many countries; paper-based systems may have backlogs and as a result they are sensitive to ‘motivation’ fees. A completely digital system may eliminate this. Since a transition from paper to digital may affect the ‘business model’ of officials and civil servants, objections to renewals will be met all along the winding road.

Would a non-corrupt land administration system supported by a proper legal system and population registration be able to contribute to the first two Sustainable Development Goals (SDGs): to end poverty and to end hunger?

Tenure security means that there is no risk of land grabbing, forced evictions or expropriation without compensation in the form of money or land. If land rights are documented or perceived to be secure, people do not live in fear of such risks and are therefore more willing to invest in improving housing and starting businesses. All such initiatives induced by tenure security do indeed contribute to poverty eradication. Ending hunger may require large-scale industrial food production. This can, for example, be achieved through consolidation and readjustment of land where existing land rights are respected. Existing land rights may be used to organize shares in the profits and benefits from large-scale agriculture. One benefit may be that women can be exempted from heavy work in the fields, enabling them to exploit their talents and skills in a more sophisticated way in more comfortable environments. In all cases, proper land information systems are needed to support documentation of land rights and reallocation of them where needed.

Why is it important that individuals – young and old, rich and poor, male and female – can own land?

It is not only about ownership or freehold, but additionally about perceived security of tenure as is also formulated in the SDG indicators. Tenure may be related to all kinds of personal rights and to informal or customary land rights. The people should feel safe and enjoy the reassurance of tenure security. By the way, it is not only about secure people-to-land relations, but also the other way around: land-to-people relations – i.e. it is not just what the people harvest from the land and what the land can give to the people, but also about what the people can give to the land and what the land can get from the people. If all land rights are documented, then it is easier to stop new human footprints outside the territories with documented land rights.

From a philosophical point of view, one may question whether individuals should be allowed to own land since there are good reasons to state that land belongs to all people or – viewed from another perspective – the divine. What are your thoughts on this?

That is why customary land rights need to be recognized, documented and protected. Many land administration systems are not designed for these important tasks. At global level, there is agreement that change is needed. On the other hand, I believe that many people really prefer individual ownership above state-owned land.

Does the right to own land not result in an adverse effect, namely to drive land into the hands of the rich and well-off? This process has been going on in Africa for decades and even seems to be accelerating due to the power shift from the West to the East.

The principle of tenure security is understood everywhere, but there is indeed a risk in relation to land markets and land being viewed as a collateral. People understand and sometimes even experience that land can be grabbed... but maybe it is not understood everywhere that land rights can be bought and sold. I think there are cases where it may be wise to introduce land markets separately from establishing tenure security. Again, this is about good information models; it should be clear to investors where markets apply.

It is fair to say that the LADM standard is in continuous development. On which aspects will the focus lie in the coming years?

The second edition, which has been in development since 2018, includes a series of proposals on new or extended LADM functionalities. Apart from management of property rights, attention will be paid to valuation, inclusion of land value and even taxation. Restrictions to land and changes in responsibilities resulting from spatial planning and land management in a broader sense are also being considered. All these amendments have to be underpinned by proper data, which should not only exist but also be well maintained. Initial data acquisition for land administration will be key in many countries over the next decade. Blockchain may be implemented for land rights transactions, for example, or for conversion from social to legal tenure. The second edition will also pay attention to maritime limits and boundaries, 3D and 4D, indoor and building information modelling (BIM) and indicators for the SDGs. This huge standardization effort requires agreement among professionals, scientists, NGOs, governments and global organizations. We will work in teams. One very important benefit is that I can cooperate with Peter van Oosterom from Delft University of Technology and his team.

In a nutshell, what action is needed for the successful implementation of LADM standards over the coming decades?

The OGC members have drafted a charter for a land administration domain working group which describes how to improve the effectiveness and efficiency of land administration systems by optimizing the use of OGC standards and complementary open standards. This development will enable land administration based on LADM to be operationalized and implemented in systems. OGC is really ambitious in this – it brings together experts and the geospatial industry. UN-GGIM is also very supportive here, as are FIG, UN Habitat, FAO and the World Bank.

The proper protection of ownership rights requires a well-functioning cadastral system in which property boundaries are accurately mapped. Recording and georeferencing boundaries is a time-consuming endeavour. Which measures and modern techniques could avoid a recording process which would otherwise take a century or more?

More flexibility will indeed be needed in initial data acquisition. Data may be collected in the field or gathered in the village, using aerial or satellite images or GNSS devices. Using imagery, the boundary surveys may be done by professional surveyors and legal experts or by supervised grass-roots surveyors and paralegals who are trained in subsidiary legal matters but not fully qualified. The process workflow may be fully digital or with interfaces to paper-based approaches. In GNSS-based approaches, the surveys can be done by the people themselves by walking along the perimeters of their parcels with a handheld device; points can be measured using an app with a very simple interface (see Figure). Therefore volunteer-based land administration and crowdsourcing needs support in LADM and in general processes apart from just data.

You were a contributing editor of GIM International for nearly 20 years. What was your drive to contribute to this professional journal besides also being active in science and regularly publishing scientific papers?

GIM International is a great magazine, renowned all over the planet. I’m active in the projects from my first employer, Kadaster International, with research and education at the University of Twente/ITC and also within Commission 7 of the International Federation of Surveyors (FIG). GIM International provides a very nice communication channel for sharing knowledge. I like the format as it gives readers a quick impression of the topics thanks to the attractive titles, summaries, headers and figures. The articles are very informative and to the point, but it’s not a time-consuming read.

After completing his geodesy degree at Delft University of Technology (TUD), the Netherlands, in 1982, Christiaan Lemmen worked at the Dutch cadastre, first as information manager until 1999 and subsequently as senior land administration advisor until present. In 2012 he received a PhD from TUD after defending his thesis on ‘A Domain Model for Land Administration’. In 2017 he was appointed part-time professor of land administration modelling at Faculty ITC, Twente University, where he had held positions as a part-time assistant professor and visiting researcher in cadastre and land management since 1999. Since 1995 he has conducted more than 60 short-term and long-term assignments in Central, Eastern and Southern Europe, South America, Africa and Asia. He was a contributing editor of GIM International for nearly 20 years (2000-2018). His life’s work is the design of the Land Administration Domain Model (LADM), which has been an ISO standard since 2012. He is an honorary member of the International Federation of Surveyors (FIG) and an internationally renowned expert in the field of land administration.