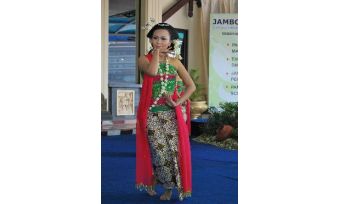 The ICA Commission on National and Regional Atlases last reported in these pages in May 2008, when discussion centred on the creation of a ‘cookbook' for national and regional atlas editors, the importance of effective geographic name handling (both within and outside the atlas arena), and the role of the national atlas as a portal, possibly to contemporary formal SDIs.

Worldwide Remit
The Commission clearly has a worldwide remit; over recent years it has organised meetings in a number of places, including Romania, Algeria and Chile. In co-operation with the Faculty of Geography, University of Gadjah Mada, Yogyakarta, Indonesia, and other Indonesian institutions, the Commission will hold its next workshop in Yogyakarta, Indonesia from 20th to 23rd October 2010, where presentation will take place of Part II of The National Atlas of Indonesia. The workshop will be devoted to two main topics: recent directions in national atlas cartography; and national, regional, city and school atlases as the expression and carriers of space-related identity.
ICA recognises the significant impact of national and regional atlases on national identity, but also on national economic, environmental and social development. The role of cartography in the wider world is clearly apparent through this form of mapping and this meeting will help develop such ideas further.

Learn More
Social and cultural events in this exciting location will be offered. Updated information about contributing to and participating in the workshop can be obtained from the Commission website (1) or by contacting the Commission chair, [email protected]