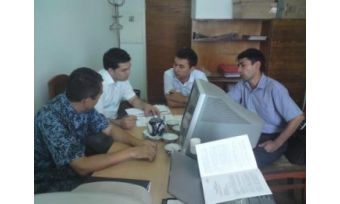 Receiving GIM international each month gives readers the opportunity to learn about important emerging technologies and some great initiatives that are moving the SDI agenda forward. It can be easy to forget that not all jurisdictions enjoy the technology or the access to information associated with modern spatial data infrastructure. These are simply not affordable nor accessible everywhere – at least, not yet.

Since its launch in 2003, the GSDI Association's Small Grants Program has addressed this gap by supporting more than 100 projects across the globe. Through 2012, the program was sponsored through a partnership between the GSDI Association, the U.S. Federal Geographic Data Committee and the GISCorps of URISA. Three types of awards are available: a cash award of up to USD2,500 per project; SDI/GIS consulting services (offered through the GISCorps) up to the value of USD2,500; or a combination of cash award and SDI/GIS consulting services.

In 2014, funding for four Small Grants projects has been provided by GeoConnections, a national collaborative initiative led by Natural Resources Canada. GeoConnections supports the integration and use of the Canadian Geospatial Data Infrastructure (CGDI), an online resource that improves the sharing of, access to and use of open geospatial information. The CGDI helps decision-makers from all levels of government, the private sector, non-government organisations and academia make better decisions on social, economic and environmental priorities[http://www.geoconnections.nrcan.gc.ca].

With the contribution from GeoConnections secured, a Call for Proposals was issued in March 2014. Volunteer reviewers from six continents were involved in assessing 40 proposals from organisations in over 20 countries. Eight proposals came from government agencies, another 17 originated in academic institutions, 5 were from private companies and 10 came from non-governmental organisations (NGOs).

The reviewers had a very difficult time in narrowing the field down to four proposals selected for funding. The majority of the proposals requested assistance in terms of introductory spatial data infrastructure initiatives familiar to most of us, such as data sharing, web portals, metadata creation and institutional cooperation. That said, several dealt with more advanced initiatives relating to application of remote sensing and GIS to support very worthy applications, as well as implementation of advanced geospatial standards, more extensive web-based services, and the next generation of training materials. Rather than cash support, at least 11 proposals were either seeking or would benefit from in-kind support of expertise from GIS Corps members. In all cases, the reviewers were impressed by the calibre and enthusiasm of the proponents and the teams they had assembled.

So many worthy proposals and so little funding! We are hoping we can still interest some of the GSDI Association’s members and other organisations in supporting some of the unfunded proposals. Progress on these and related projects will be discussed in a separate GSDI column in GIM International later this year.