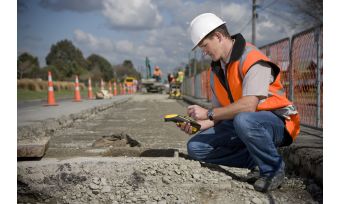 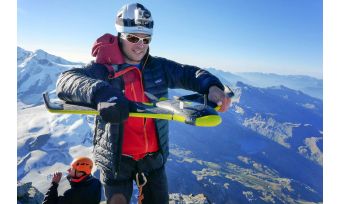 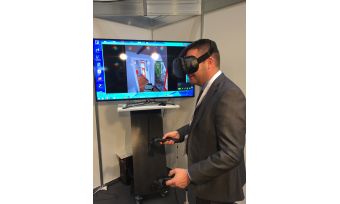 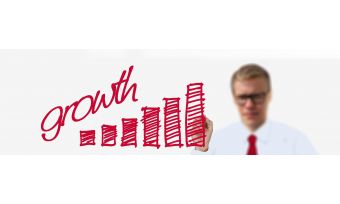 At the start of this year, GIM International conducted a readers’ survey aimed at gaining a clear picture of the current state of the geospatial industry. With more than a thousand replies received, the response was better than expected and resulted in valuable insights: which new technologies hold the most promise? What is the role of UAVs in today’s geospatial industry? Which other market trends are visible? And how do geomatics specialists view the future of their profession? With consideration of various fields of application – such as mining, forestry, agriculture and building & construction – this article takes you on a journey through the geospatial landscape in 2017.

GNSS, Lidar, photogrammetry, remote sensing, total stations and unmanned aerial vehicles (UAVs or ‘drones’) are all being used on a large scale. The total station has been called ‘the surveyor’s workhorse’ and is still a familiar sight in today’s world. Building information modelling (BIM), a topic that has received overwhelming attention during trade shows and conferences in the last couple of years, is being adopted slowly but steadily. As the survey reveals, many geomatics professionals are confident that BIM will evolve to play an increasingly crucial role in building documentation, and just over 20% of the respondents are already working with BIM. While BIM is still establishing itself, geographic information systems (GIS) have already secured a solid position in the market and are now commonplace.

GIS technology is widely recognised by the respondents as a major enabler in their field. Almost 75% of the GIM International readers participating in this survey indicate that they use GIS on a regular basis in their work. Typical GIS usage still mostly relies on desktop applications, with a mere 5% of the respondents indicating that they have fully switched to online GIS, aided by products such as ArcGIS Online or Smart M.apps. The adoption of online GIS systems is currently greatest among end users of geographical information, whereas geoinformation professionals continue to require the extra power of a desktop application. The general belief among almost the entire group of respondents is that this situation is likely to change soon, however. For all manner of usage purposes, they expect the transition from desktop to online GIS to be completed in the next five years at most. This quick transition fits in with the professionals’ general views of rapidly advancing digital technologies, with cloud technology as another major enabler. However, some readers rightfully point out that limited bandwidth and unreliable connectivity are major hurdles in regions such as Africa. If those issues are not addressed, the transition is expected to take a decade or more.

As the capabilities of GIS software expand, it facilitates the handling and processing of multiple types of data. This is resulting in ever-growing volumes of spatial data being stored by our respondents. In total, the survey participants store more than 84 petabytes of spatial data (1 petabyte equals 1,000 terabytes). If we extrapolate this to the entire geospatial industry, the amount of spatial data that is stored around the world is mind-boggling. However, that data is not evenly distributed throughout the industry: 80% of all data is held by less than 10% of the organisations participating in this survey, with only a handful of organisations storing over 10 petabytes of data. On average, most respondents currently store maximum 30 terabytes of data. Lidar data and satellite imagery are quoted as the largest datasets.

In contrast to the high adoption rate for GIS, the usage of BIM is still limited at only 20% of the respondents. BIM scores slightly higher in the infrastructure and oil & gas industries, but adoption remains low in the building & construction market. Given the growing importance of BIM, in particular for building & construction and infrastructure, this situation will need to change rapidly. The sheer amount of attention paid to the subject at the leading trade shows and conferences indicates that visionaries within the industry are aware of this fact – now the rest of the market just needs to realise it too.

Visitors to geospatial events were first confronted with a significant number of exhibitors showcasing their UAVs about five years ago. Back then, sceptics dismissed them as a hype. Now, just a few years later, the UAV has become a major tool for the professional surveyor. Findings from our readers’ survey show that 37% of geomatics professionals make use of UAVs. They are widely utilised in all fields of application, with mining and agriculture topping the table. Projects in those fields tend to be less affected by legislative restrictions than, for example, urban locations, which has led to quicker adoption.

One eye-catching development in the surveying profession is the integration of UAVs and Lidar, which has only been commercially possible for the past couple of years. Despite this short market availability, the UAV plus Lidar combination is rapidly gaining ground among surveyors. Results from the GIM International readers’ survey indicate that 15% of respondents use unmanned methods to capture Lidar data. With new (lightweight, flexible, easy-to-use and reasonably priced) solutions entering the market all the time, this trend seems set to continue. It’s worth mentioning that there is also a significant market for high-end solutions, which may not be affordable for everyone.

The fact that UAVs are here to stay is good news – not only for manufacturers of unmanned aerial vehicles, but also for software developers since there is a rising demand for accurate and easy-to-use point cloud processing software for UAVs. Agisoft and Pix4D currently top the list of the most-used software solutions, but the readers’ survey shows that there are many competitors in their slipstream; in this growing market, there are still plenty of opportunities for other providers.

For the purpose of the survey, GIM International identified IT, robotics/autonomous vehicles, apps/mobile devices, augmented reality, virtual reality, artificial intelligence, Internet of Things and blockchain as all being potentially disruptive technologies. The responses show that almost all of these are regarded as having a significant impact on the geomatics industry, except blockchain. This is somewhat surprising, especially given the fact that about a quarter of the respondents are working in the land administration sector and several recent articles in GIM International have advocated the potential of blockchain for land management purposes.

The respondents’ top three disruptors include apps and mobile devices. These do indeed offer endless possibilities and are increasingly being used for cadastral purposes, as highlighted in the article ‘Light Mobile Collection Tools for Land Administration’ by Mathilde Molendijk, Javier Morales and Christiaan Lemmen. And as Brent Jones, Esri’s global manager for land records and cadastre, wrote in a column for GIM International, “By combining technologies and leveraging standards, geospatial mobile apps can be rapidly deployed, eliminating the obstacles that typically impede land administration progress in developing economies”.

Two of the buzzwords that have been heard at geomatics trade shows across the globe in the past year are virtual reality (VR) and augmented reality (AR). In numerous keynotes and presentations, both technologies have been hailed as two powerful tools that may well make a revolutionary impact on the survey industry. But although the spotlight has been shining brightly on VR and AR, today’s geomatics professionals have relatively subdued expectations of working in a virtual or augmented world. The question is: are geomatics professionals simply more conservative than their peers in other industries, or are VR and AR – apart from being nice gimmicks – not actually beneficial for geomatics applications?

Rather than being a single, homogeneous world, the geomatics sector is made up of numerous different fields of application, and the perceived disruptive potential of some technologies varies depending on the respondent’s particular field of work. Opinions are divided on the benefits of artificial intelligence (AI), for example. Geomatics professionals in agriculture (who rank AI as the second-most disruptive technology) and forestry (who even rate it as number one) are currently the most enthusiastic about the potential of AI. Perhaps the other geomatics professionals will become convinced of the opportunities AI offers in their work in the near future.

The responses to the survey paint a generally positive picture of the market situation. On average, over 70% of respondents believe that the market in which they are active will grow in the near future, while a further 20% expect it to stabilise. This sentiment is echoed throughout all market sectors but is most notable in mining, where a hefty 40% expect stabilisation of the market conditions. Among those respondents who expect their sector to decline, over 20% believe that there is still room for survey services to grow within that sector.

The overwhelming majority of respondents, more than 90%, anticipate that private-sector organisations will play an increasingly important role in the geoinformation market – even in land management, an area traditionally dominated by government organisations. Nonetheless, knowledge development remains a great concern. Multiple respondents from different regions and market sectors explicitly express their concerns about the lack of new students and professional development. This seems to be an issue that needs to be addressed if the geoinformation community wants to successfully capitalise on the expected market growth.

The Future of Surveying

An often-heard remark is that the role of the professional surveyor is changing. Some people even say that anyone will be able to be a surveyor in the future, thanks to technological developments making it easier to operate equipment and lower prices making geomatics solutions more widely available. “Many jobs that don’t require high precision will be performed by non-surveyors using mobile apps. Examples are preliminary surveys and estimates in farming and construction. Our job as surveyors will be more focused in areas and jobs that require specific knowledge and higher responsibilities,” states one of the respondents.

Another development is the need for real-time data, which requires the time between acquisition and visualisation to be reduced. This can only be achieved by fully automating the data processing, which will change the work of surveyors currently involved in that step.

Traditional survey techniques are still widely used and highly valued by readers of GIM International, but newly emerging geoinformation techniques are entering the arena. Although there may be a slight difference between the perception of geomatics professionals and the disruptive technologies that are being developed in parallel to the geomatics world – one may not always be aware of advancing technologies just around the corner – it is safe to say that future surveyors must be tech-savvy. Maybe this perspective will open up new opportunities to attract more young people into relevant education and subsequently the industry, as a career as a geomatics professional will be full of appealing high-tech devices and software. A marketing strategy to highlight the cool factor of ‘geo’ would be a great step in the right direction!

Wim van Wegen is content manager of GIM International. In his role, he is responsible for the print and online publications of one of the world’s leading geomatics trade media brands. He is also a contributor of columns and feature articles, and often interviews renowned experts in the geospatial industry. Van Wegen has a bachelor degree in European studies from the NHL University of Applied Sciences in Leeuwarden, The Netherlands.

Martin Kodde is a specialist in the field of geomatics with a keen interest in real-time 3D data acquisition. He has a bachelor degree in geodesy from Utrecht University of Applied Sciences and a master degree in geomatics from Delft University of Technology, both in The Netherlands. Kodde leads the Geo-ICT department at Fugro in The Netherlands, where he is also responsible for R&D in geoinformation. He is also a contributing editor for GIM International.