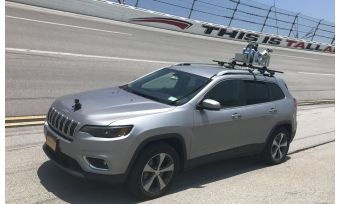 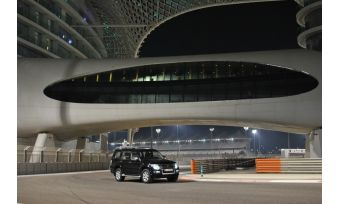 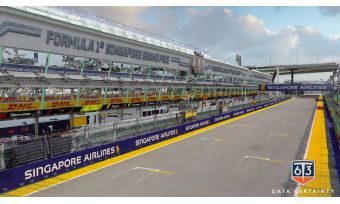 Looking back over the past 30 years, it’s hard to believe just how far we’ve come in such a relatively short space of time. Geomatics students in the mid-1980s were exposed to GPS test satellites, the first GPS receivers and the enormous potential that GPS offered the geomatics community (who had already perfected what could be done with the Transit satellite system). With unprecedented absolute accuracy and an impeccable timing mechanism, GPS clearly offered a quantum leap in geomatics capabilities. Two decades later, Lidar – and in particular mobile terrestrial Lidar – seemed to represent the next quantum leap in geomatics technology since the advent of GPS.

The integration of GPS/inertial measurement unit (IMU) systems with other sensors either enhanced or replaced many of the traditional instruments and methods used in the survey and navigation world. A paradigm shift was underway. Using kinematic differential GPS positioning coupled with orientation data provided by IMUs, calculating the precise geoposition and attitude of a moving camera at the precise moment of exposure established the exterior orientation of a photogrammetric camera. The process of aerial triangulation was made more simple and more accurate. These advancements made GPS-based photogrammetry possible.

Electronic distance meters coupled with electronic theodolites, popularly known as ‘total stations’, constituted another great breakthrough in instrumentation that revolutionized mobile surveying. These new instruments could collect five or six discrete points per minute at centimeter-level accuracy. 2D laser profilers were added to the mix and, like total stations, were used in static mode. Positioned over known survey points, these scanners could rotate 360 degrees, capturing a point cloud that accurately represented the surrounding environment.

Encouraged by the results generated using kinematic platforms, laser scanners coupled with GPS/IMU systems were installed on aircraft and helicopters. The first system integrations, while bulky and heavy, provided groundbreaking results. It was possible to fly and directly reference tens of thousands of points per second with remarkable accuracy and resolution. But acquiring test and calibration data using aircraft is expensive. A side-looking scanner system was developed in order to facilitate cost-effective testing and calibration; the laser was rolled through 90 degrees, pointed the system through the side opening of a van, and collected the data while driving down the road. In the process, the world’s first mobile terrestrial Lidar mapping system (called SideSwipe) was accidentally born. Nowadays, the geomatics business has standardized on the term mobile mapping system (MMS).

Acquiring and maintaining a solid GPS solution while operating on the ground presented another set of challenges. In an environment where there are many sources of potential satellite obscurations (overhanging trees, buildings, etc.) so substantial efforts were focused on developing a blended GPS/inertial positioning solution.

In 2004 our company was asked to survey a heavily damaged road connecting Kabul, Kandahar and Herat in Afghanistan using its helicopter-based system. Flying in Afghanistan at the time was considered prohibitively dangerous and so the first real application for the MMS was proposed. In 2014, 6T3 built a sub-centimetre, engineering-grade MMS to respond to clients who needed highly accurate and dense 3D point clouds. Four different versions of the system were developed in response to client requirements, and in 2015 the company developed the first backpack-mounted MMS, thus opening the door to a wide range of possible applications – including even by bicycle.

It is remarkable to see how far the MMS industry has progressed. As for crystal-ball gazing, it is difficult to make predictions on where we are going to be 20 years from now, but I will offer the following for consideration. I believe that high-accuracy point clouds covering urban areas all around the world should and will take the place of traditional geodetic control points. Once these high-end point clouds are recognized as verified control points, they will be used as the reference framework for future surveys and the base upon which all kinds of sensor data will be compiled.

Mobile mapping data will be essential in the development of autonomous driving and automated vehicle systems. High-accuracy reference point-cloud data will be required and the market for regular periodic updates will be significant. Change detection, fast and prompt accident and disaster monitoring, city planning, emergency response, traffic control and simulation, agriculture and forestry are all current applications that will expand in the future.

Sensors continue to get smaller, lighter and more affordable. Drone platforms are emerging. New sensors like SLAM, smartphones, dash-cams, personal cameras, security and traffic detectors and sensors installed and operating inside autonomous vehicles will be increasingly integrated in the global point cloud for further refinement.

How will the current technologies be eclipsed by new solutions? How much detail and accuracy do we really need? How will the next paradigm shift in the geospatial world look? Opinions differ. However, looking back over the past 30 years, it’s hard to believe just how far we’ve come in such a relatively short space of time.

- LiDAR on the Level in Afghanistan