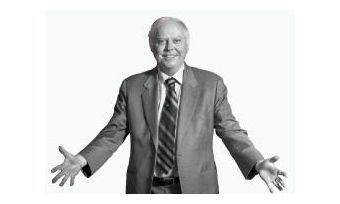 Management of the relationship between land and people has always been complex and sensitive. Land is part of the social and political framework that sustains communities around the world. It contributes to wealth and economic development and is fundamental to the management and preservation of our environment. On every continent there are people whose customary rights to land and natural resources have been ignored. But with global population having reached six billion, the challenges are bigger than ever. In 1970 two-thirds of the world's population lived in rural areas; today it is only half. In thirty years' time two-thirds of the world will be city-dwellers, posing a serious challenge to sustainability. John McLaughlin, Professor of Geomatics Engineering and president emeritus at the University of New Brunswick has devoted his life's work to improving land administration. He has been a leading figure in building the North American geomatics industry and worked extensively around the world in more than forty countries on the development of property systems with the World Bank, UNDP and other international agencies. Here he shares some of his views on what lies ahead in the story of property.

How did you develop an interest in land and property?
I started out as an undergraduate in surveying engineering, encouraged in part by my dad, who had been a surveyor himself. Then, in my third year, I took an elective course in the social sciences. That led me to such subjects as institutional economics and rural sociology, and the role of property in society. Property is an intrinsic part of every society, and it's a very important subject. However, it's one that is largely taken for granted; like the wallpaper in a room; it's there, but hardly anyone notices it. I became fascinated with the history of property, the institutions that govern it and its foundational role in the evolution of modern society.


What have been the highlights of your career thus far?
Professionally, my major contribution has been in relation to the field of land administration. First, building on my doctorate, I became very interested in developing a systems perspective to the very traditional field of land administration. This became a nearly two-decade journey, leading from initial development of the multipurpose cadastre concept to original work on the national spatial data infrastructure concept. This work was, of course, very much based upon developments in geomatics technology and IT infrastructure, but it was also informed by new perspectives in economics and the social sciences and by the wealth of experiential data coming from development projects all over the world.

Could you describe for us the first three waves of property reform?
Land and property reform has gone down a number of different paths over the last sixty years, each initiative conducted under different circumstances, for different reasons, and all impacted by local conditions and constraints In a very general sense, and with lots of caveats, these initiatives can be grouped into three overlapping waves of reform. The first began after the second world war and was largely focused on countries like Japan, Taiwan and South Korea. In very general terms, these reforms were more or less imposed and were largely based on institutions and structures imported from the West.
In Japan, for example, these reforms, very much reflecting the systems and values of the US, led to rapid modernisation of what had up till then been a feudal system of property ownership. The early successes achieved in Japan and elsewhere highlighted the crucial importance of property reform to economic development. But subsequent attempts to replicate this success elsewhere largely failed, such as during decolonisation of Africa.
These early post-war initiatives ran their course over a generation or so and were followed by a second wave of property reform. This had a much more overt ideological flavour, and can be seen for example in the land-reform movements in countries such as Argentina, Brazil, Chile and Peru, and in Vietnam in the 1960s and 1970s.
Beginning in the late 1970s, a third wave of property reform emerged (the formalisation movement in South America, privatisation programmes in the former Soviet Union etc.) It was during this era that my colleagues and I came of age and made our contributions. This third wave was fuelled in part by renewed interest in the importance institutions had for development, and by new technological imperatives. The approach to building property systems became much more professional and pragmatic. After the collapse of communism people began for the first time in their lives to hold property rights in some ex-eastern bloc countries. In others property rights were re-introduced for citizens who had lost them under communist rule. Peruvian economist Hernando de Soto became known for his work on the informal economy and the importance of formalising business and property rights. The main message of de Soto's work is that no nation can have a strong market economy so long as most of its people remain on the outside looking in. He highlighted the importance of documentation in building public memory, which in turn facilitates access to credit, provision of housing and infrastructure, property mortgage and a host of other economic activities that drive modern market economies and create a sense of engagement between government and civil society. In each wave lessons were learnt and progress made, but there were also widespread failures.


How will the fourth wave of property reform be different?
The fourth wave differs from previous waves in a number of ways. It will cost more in time and effort to implement, and will be more difficult to manage, since there is now a strong realisation that context is critical and property reform unsustainable unless that context is recognised and addressed. New contextual issues include a global drive to meet the Millennium Development Goals, a rising middle class and civil society, a much stronger environmental consciousness related to climate change and land degradation, an appreciation that culture matters, and a commitment to improving governance as a foundation for development.

What are the drivers of the fourth wave?
The fourth wave is being propelled by globalisation and by the growing economies, such as China, India and Brazil. This wave is characterised by a number of factors. It will be driven more and more by the needs and systems of the developing world rather than the practices of the developed world. There is greater recognition now than ever before of the need for multiple perspectives and multiple approaches. Just as China will define this century, so it will be a major driver of property reforms. This wave will include more flexible approaches to cadastres for all types of property, such as communal, indigenous and urban lands. It will include much greater recognition and accommodation of legal pluralism in recognising and recording land rights. It will focus on decentralised or devolved governance systems for identification, location and recording of land rights that can be readily upgraded and integrated across a hierarchy of governance levels it has to include a broader approach to defining land rights, so that land is only one asset in a set of essential assets that include natural, human, so We cannot leave property administration to the banks.
Property is not a panacea in its own right; there are many other reforms which have to be implemented in parallel. These are required to ensure that land meets its real potential to contribute to socio-economic development and environmental sustainability. It's critical to be sensitive to all the issues that affect communities, otherwise you run the risk of making the situation worse rather than better. The fourth wave will also be focused increasingly on governance and the development and tracking of indicators. We know that poor governance leads to failure because policy implementation is undermined by corruption, poor institutional development, opaque legal systems, weak enforcement mechanisms, lack of transparency
in administration, and inability to effectively provide and manage public service.

What role will be played by technology?
Technology has been a tremendously positive force in property administra­tion reform. But we must bear in mind that it's a means to an end and not an end itself. In the third wave we ignored the importance of institutions and related too much on the markets . The recent financial disaster and sub-prime debacle in the US evidences this. Both lack of professional oversight and legal controls contributed significantly to the crisis. Therefore, as critical as technology is, we have to get back to basics on the institutional side. We must involve the government, the professions and the law. We cannot leave property administration to the banks.
This is one of the reasons why property is such a fascinating subject right now; it's part of the discussion about revitalising institutions, bringing communities together, examining shared goals and moving beyond traditional models. Change is being driven by the fact that materialism has run its course. In the West, in particular, we are not becoming happier people because we have more. There is a deep, fundamental discontent with materialism. It's that sensibility that will force us to think more carefully about what really holds value for people.