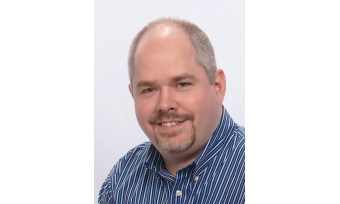 Data themes with the most diffused authority and largest number of responsible stakeholders generally have lower grades. Overall, the backbone of the U.S. National Spatial Data Infrastructure (NSDI) was assigned a C- grade following an assessment by a panel of experts initiated by the Coalition of Geospatial Organizations (COGO). The chair of COGO, Michael Vanhook, explains the context.

How important is COGO in the United States?

In our field it cannot be overlooked. COGO comprises 13 national professional societies, trade associations and membership organisations in the geospatial field, representing more than 170,000 individual producers and users of geospatial data and technology. We only take public policy positions with a unanimous vote of our member organisations.

Does COGO feel the need for a second stage in the U.S. NSDI?

The NSDI is intended to foster partnerships and form comprehensive, accurate, consistent and well-maintained national datasets. Innovations, concepts and standards generated in pursuit of an NSDI have helped to curate the geospatial landscape. While framework data have been gathered as ‘best available’ collections and made available for use over the past two decades, an objective vision of a digital geospatial framework that is national in scope has not yet come into existence. So yes, there is clearly a need for a second stage in NSDI development. We must have consistent national framework data layers that meet the future business requirements of the entire geospatial community. Without this authoritative data, we can’t have a fully functional NSDI and agencies will continue to develop multiple datasets to meet their own particular requirements and missions.

Is money a very important barrier to progress?

Currently, there are no effective metrics to gauge the federal government’s progress in implementing the NSDI. This has prevented us, as a nation, from making a compelling case for adequate funding for national efforts and for the partnerships that will be essential to the completion of the NSDI. Over the years, however, several COGO member organisations have developed performance metrics for state and local datasets. Continuing efforts to standardise and coordinate shared data resources have always been challenged by limited budgets and high expense. We all recognise the individual contributions that federal, state, regional, tribal and local government have made in concert with the private and academic sectors to develop the components of the NSDI as it exists today. And yet despite valiant efforts, no one agency, organisation, business or community can do it alone. Expenses are multiplied under individual efforts. The original vision and greatest potential value of the NSDI framework have not yet been fulfilled.

One of the key areas requiring attention in the view of the panel of experts is the need for legislation, which would make the NSDI a truly ‘national’ initiative. COGO wants to engage in meaningful dialogue with the federal government and Congress to ensure that clear expectations are established and that the agencies are provided with the appropriate authorities. Few problems are solved by simply throwing money at them, but once the other issues are resolved, we certainly hope that appropriate resourcing will also be provided by Congress.

What does the Report Card show?

Put simply, the left side of the Report Card (see Figure) represents the current state of the actual data layers, while the right side of it represents the infrastructure that is needed to support a robust NSDI. I’ll give you two examples: ‘Geodetic Control’ was graded B+ because the data is accurate and accessible on a consistent basis across the nation and there are coordination efforts ensuring continual improvements in the control network, working very effectively with the stakeholder community. Government, industry and the general public are able to accomplish their missions and perform a wide variety of tasks and analysis requiring detailed information. Necessary improvements include replacing outdated references, expanding interoperability, improving collection methodologies and developing geodetic surveying standards. Meanwhile, the D grade assigned to ‘Transportation Data’ concerns the significant duplication of data in the past, particularly road data. The grade suggests that the federal government faces challenges in adequately addressing the needs of federal agencies and partnership efforts. A central issue with regard to transportation and other data layers is that without authoritative base data, multiple datasets continue to develop to meet specific needs. There are, for instance, at least four different datasets being used by federal agencies for road centre lines, including commercially produced data.

Who or what should take the blame?

We want to be very clear that we are not faulting the federal agencies and staff that have done some truly remarkable things over the past 21 years, since the issuance of the 1994 Executive Order on the NSDI. However, as these individuals and agencies work on overarching national issues, they often lack the benefit of a very clear mandate and there has not been any consistent Congressional oversight. Framework themes with the most diffused authority and largest number of stakeholders with roles and responsibilities have the most challenges and generally lower grades. Also, the shift in the production of data from the federal agencies to the private sector and state and local government clearly calls for new partnership forms.

Is it efficient to focus this report on the federal level?

The lead agencies for the NSDI framework are federal agencies, and the Federal Geographic Data Committee has the overall responsibility for the U.S. NSDI. As Jim Geringer said at the presentation of the Report Card in Washington: “Government agencies at every level are dependent on this data, as are private sector businesses. We need state and federal government to make improvement of the NSDI a high priority so the nation can make significant, rapid progress on economic growth, public safety, natural resource management, health care, transportation and other areas.”

Things are moving. The COGO action almost coincided with one in the U.S. Senate; Bill 740, also known as the Geospatial Data Act of 2015, was introduced one month after the COGO Report Card. In their presentation, senators stated: “The federal government wastes vast amounts of taxpayer dollars by not properly managing and coordinating our federal investments in geospatial data.” The Bill has been introduced as a bipartisan effort to provide supporting legislation, make needed improvements and establish reporting and accountability.

What outcome are you hoping for?

Recommendations from the expert panel are that the concept of the framework needs to be reaffirmed, a new model acknowledging the importance of local partnerships needs to be adopted, and models should be transaction-based with the emphasis on current information technologies. This updated approach supports the original vision of the NSDI framework by building modern systems that facilitate local partners to create the data they need and share it through the NSDI from the bottom up. At a minimum, what is needed is a commitment to improved spatial data, and recognition of the place of multiple stakeholders and coordinated investment strategies. These are the first steps in an ongoing process.

COGO hopes the next update for the Report Card can be issued in two years’ time. It will focus on the same issues so that it will be clear where improvements have occurred. With any relative aspect, a completed NSDI would greatly extend the benefits and capabilities of the nation at any level, create more jobs and leverage literally trillions of dollars in economic activity by users and applications.

This year, the Coalition of Geospatial Organizations (COGO) in the U.S. published a Report Card that is intended to address the condition of the U.S. National Spatial Data Infrastructure and help spur additional progress. The completeness and suitability of data on the basic themes – from cadastral to transportation – was evaluated during 2014 by a seven-member expert panel chaired by (former Governor of Wyoming) James E. Geringer, who is currently the director of policy and public sector strategies with Esri. The panel also included vice-chairs Dr David Cowen, Professor Emeritus of the University of South Carolina, and John J. Moeller, former staff director of the Federal Geographic Data Committee.