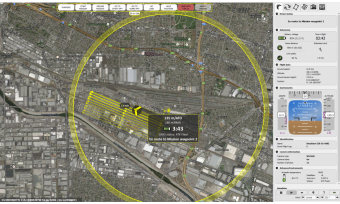 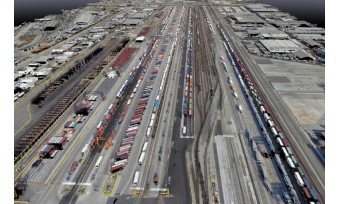 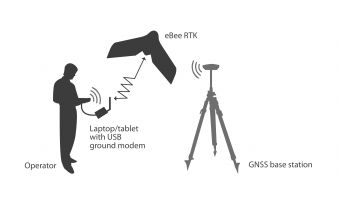 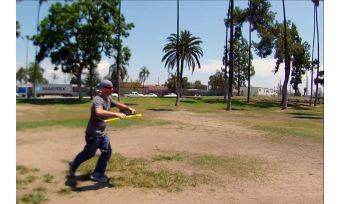 In 2029, the US state of California will see the opening of the first high-speed rail system in the country. The project, commissioned by the California High-Speed Rail Authority, will connect San Francisco and the Los Angeles basin - the state’s so-called ‘mega-regions’ - allowing customers travelling the route to reach their destination in under three hours with speeds exceeding 200 miles (322km) per hour.

(This story is brought to you by senseFly)

Californian transportation engineering firm JL Paterson & Associates (JLP, now Jacobs Engineering Group) was enlisted by the authority in early 2015 to perform the engineering design work for the Los Angeles to Anaheim corridor. The challenge facing former vice president at JLP, Marc Cañas, and his colleagues, however, was that no surveying data existed for this route prior to the project’s inception. This meant that, before work could commence, it was necessary to survey the entire area: a 30 mile (48km) long by 1,500 feet (457m) wide active railroad corridor, which sees up to 100 trains a day pass through it.

With a significant area to map and a tight timeline to work to, it was vital for the team at JLP to collect the data they needed accurately, quickly and with minimal disruption to the corridor’s day-to-day operations. Traditional surveying options, such as aerial mapping via a manned flight and ground-based surveying, were considered in the early stages; however, these were not able to meet the stringent time or flexibility requirements. Ground-based surveying techniques required lengthy permits to access the site and would have experienced continuous disruption due to train traffic. Alternatively, while a manned aerial flight over the area would have avoided the necessity for disruption, it would have taken eight to ten weeks to collect and process the data. The team also required a more in-depth, three-dimensional data model to best inform project logistics and guide decision-making, leading them to conclude that unmanned aerial vehicle (UAV) technology would be the best solution.

Having previously used senseFly eBee drones on small-scale projects, Cañas and his colleagues opted to use the senseFly eBee RTK, a survey-grade mapping drone. Designed to capture both aerial photography and mapping data, the eBee RTK can create highly accurate 3D models in real time and was chosen for its professional, survey-grade quality and portability. Using this technology, the team could be on site and flying within a matter of minutes, without the need for complicated launching systems or disruption to rail processes and operations. The software’s geofencing feature, available via the pre-installed eMotion software, was also an important factor in the decision, as it helps to enhance the safety of the vehicle during flight by enabling flight planning in advance.

While familiar with drone technology, JLP’s experience of UAV technology on a large scale for surveying was limited. In addition, stringent Federal Aviation Authority (FAA) regulations meant that, although JLP owned two eBee RTKs when the project was carried out, the team was only able to fly one aircraft at a time to collect data. The result of this was that, in the early stages of the project, a significant amount of trial and error was required to identify any factors that might interfere with data collection and to enable the team to integrate the software as seamlessly as possible into workflow and operations.

Based on these trials, JLP then created a series of 1,500 foot (457m) by 5,200 foot (1,585m) flight polygon areas with overlapping areas of approximately 300 feet (91m), which formed the basis for ground control points (GCPs). While GCPs are not typically required with an RTK drone, the nature of the project environment meant that the RTK network was unreliable and ran the risk of dropping out in certain areas. As well as helping to refine the execution of their missions, the initial trials also showed that the chosen approach would fit JLP’s corridor objective and optimise time out in the field.

The team at JLP also had to take into consideration the challenge posed by FAA regulations on maximum elevation levels, which specify that UAV flight elevation cannot exceed 400 feet (122m) above take-off altitude (ATO). To overcome this and obtain high-quality orthomosaic aerial imagery, JLP used the eMotion software to set a 3.6cm (1.4in) per pixel ground resolution. The eMotion program was also used to incorporate elevation data, which helped to ensure that all flights remained at the same altitude above the ground and provided consistent, reliable data.

Perhaps the biggest challenge of all for JLP, however, was that the area surrounding the Californian rail corridor was heavily urbanised, which meant that the team’s initial ground planning did not always transfer well in practice. For instance, when identifying take-off and landing sites, what looked like a suitable location in the office was often, in reality, obstructed by overhead wires or street lights, or even by buildings that were not yet visible on the satellite imagery. It was, as a result, necessary to adapt to the environment, and the final GCPs were painted in the surrounding streets approximately two weeks before the commencement of the project.

On the right track

With all 82 GCPs finalised, the team at JLP was able to pave the way for the beginning of the data collection process. To map the 30-mile corridor—an area of 61 square miles (158km2)—JLP deployed three of its staff to the site to fly a total of 41 flights. With an average flight time of 28 minutes and average flight altitude of 200 feet (61m), 11,800 images were captured. These were downloaded and processed in a matter of hours by three other members of the JLP team using Pix4Dmapper Pro software – all in the comfort of the JLP office.

By using the senseFly eBee RTK, JLP was able to pull together highly accurate, professional-quality surveying data of the Los Angeles to Anaheim corridor of the California high-speed railroad in less than one month – a job that would have taken more than 18 weeks with traditional surveying techniques and cost twice as much if using a manned aircraft. The team collected ortho-rectified images at 1.5 inches (3.8cm) per pixel – twice the resolution of even the best manned aerial product – and was able to achieve accuracy of one to two inches (2.5 to 5cm) for both vertical and horizontal.

“Since the completion of the California high-speed rail mapping project, JLP has put its senseFly eBee RTKs to work in a further 15 projects, including construction monitoring and engineering. These operations have hugely benefited from having access to large amounts of in-depth, accurate data in the early stages – in some instances helping to prove the financial viability of a project."

“It is clear that UAV technology has the potential to transform the way that surveying data is used and collected and can be an excellent tool to revolutionise the efficiency and effectiveness of business operations and workflow. While the project was a learning curve for myself and my team, our initial investment, both in terms of financial ROI and training time for our employees, has been worth it many times over.”

Positioning the World for the Future 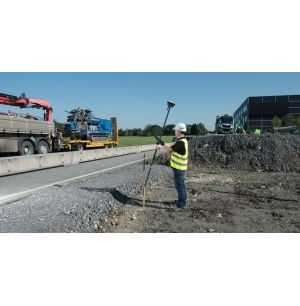 The Evolution of the Smart Surveyor
Latest article