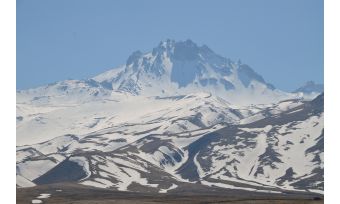 Back in 2008, when I was doing my degree in European Studies, I spent almost six months as an intern in Turkey. I still cherish many great memories of my time in that lively and dynamic country at the intersection of Europe and the Middle East. I experienced the famous Turkish hospitality first-hand, I drank countless cups of tea and I learned a lot about the culture and the customs of the people. While I was there, I seized the opportunity to travel and explore as much as possible of the captivating country. I recall how I loved the fascinating landscape of Cappadocia, enjoyed the open-minded atmosphere in Eskişehir, and was impressed by Istanbul, but an absolute highlight was Mount Erciyes, situated in central Anatolia. Erciyes Dağı, as the mountain is called in Turkish, is a large stratovolcano that rises up from the Anatolian plateau. The snow-covered mountain is visible from a distance of 50km, and its majestic appearance made a lasting impression on me; it is one of the most breathtaking landscapes I have ever seen in my life. And now, ten years later, I have the honour to include an article in this edition of GIM International titled ‘UAS Photogrammetry for Mapping Mountains’. This project shows that unmanned airborne systems have great potential for rapidly mapping mountainous areas, and takes us to Mount Erciyes, which was 3D mapped to produce a DSM and an orthoimage. So don’t delay – and read this inspiring story! 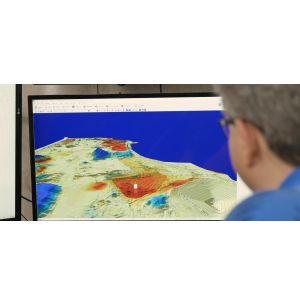