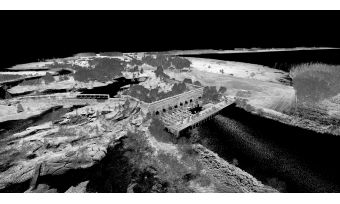 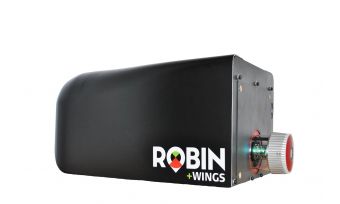 3D Laser Mapping aims to help survey teams to cover more ground in a shorter space of time with a new aerial mapping system. The ROBIN +WINGS airborne Lidar system is an extension of the ROBIN mobile mapping unit which allows survey teams to mount the system to a backpack, vehicle or aircraft. The +WINGS system works with both single-pole and nose helicopter mounts and can be deployed in a range of sectors, including forestry, environmental monitoring and transportation infrastructure mapping.

Graham Hunter, managing director at 3D Laser Mapping, explained that ROBIN +WINGS provides surveying teams with higher levels of flexibility than previously available with airborne Lidar systems. Most systems are designed to fix only to an aircraft or helicopter yet ROBIN works for ground and airborne applications with the +WINGS add-on extending this flexibility to rotary and fixed-wing aircraft and gyrocopters.

It is particularly effective in hard-to-reach areas or difficult terrain like coastlines and forests as operators can generate detailed maps without being exposed to hazards like falling rocks or unstable ground.

When 3D Laser Mapping launched ROBIN last year, the idea was to create a flexible mapping system that would allow users to gather data in areas accessible by foot or land vehicle. Now the capabilities have been further increased with +WINGS, which gives operators yet more options, Graham Hunter said.

Airborne Lidar technology has already been tested as part of a joint partnership between 3D Laser Mapping and Durham University. Close to the coastal town of Whitby in Yorkshire, where erosion poses a threat to buildings and infrastructure, ROBIN +WINGS was deployed to monitor the rock faces and identify changes that could lead to landslides. This ongoing study has identified how, where and when the cliff face at Whitby has eroded, allowing for 3D models to be created to calculate the erosion rate and plan for the future.

Coastal areas and railway sidings are notoriously difficult to closely monitor due to their largely inaccessible nature and danger of rock fall and landslides, Hunter said. But thanks to this technology, teams could capture all the data they needed in a matter of minutes or hours, without having to set foot on the site.

As well as collecting millions of data points, ROBIN +WINGS comes with a number of features such as an extended capacity hard-drive. It can also be plugged into the aircraft’s power supply, allowing it to be used for longer periods of time and the pod supports as many as three industrial cameras for mapping and point cloud visualisation