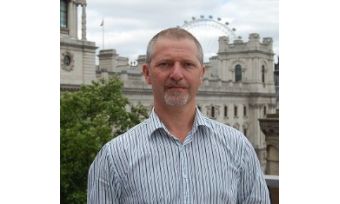 The 2015 United Nations Climate Change Conference (COP 21/CMP 11) is being held in Le Bourget, Paris, France, until 11 December. The conference objective is for all the nations of the world to reach a legally binding and universal agreement on climate change, aimed at reducing greenhouse gas emissions and hence preventing global warming due to human activities. GIM International posed five questions on this topic to James Kavanagh, director of RICS (Royal Institution of Chartered Surveyors) Land Group.

The climate change conference is currently being held in Paris. How are you following the event from a geomatics perspective?

Mainly through social media (Twitter is especially good). It’s a vast event with over 50,000 delegates, several exhibitions and myriad outbreak sessions. RICS has a stand there, in a ‘sea of stands’, and we are particularly involved in the COP21 sessions on the built and natural environments, the final sessions of which were held on 4 December. Our focus is on the adoption of international standards (on land reporting, valuation, ethics, construction and property area) as a precursor for efficient use of resources – either built or natural. From a geospatial-specific point of view, I’m watching the Twitter feeds from USAID, 100 resilient cities and several industry commentators. There are several big global geospatial players at COP21, mainly related to imagery; GIS and Hexagon Geospatial are there too.

How is climate change connected to land administration?

Land administration, or at least effective land administration, is all about maximising the efficiency of scarce land resources for the benefit of all involved. This is why the FAO Voluntary Guidelines are so important. Climate stress is already happening and could affect land and property administrative models in several adverse ways. For example, the value of agricultural land in some geographic areas could fall, increasing pressure on fragile economic markets and usage pressure on fragile ecosystems. Vulnerable populations (especially women and indigenous groups) could find themselves removed from areas of productivity, or land could be overused. It’s important that the land administration systems (and their policy-enactment planning systems) have built-in ‘resilience’ much like any other ‘infrastructure’.

What role do you foresee for national mapping agencies?

They have a role, but I think it crosses borders. Climate change does not respect the lines we draw on maps to entrench political boundaries (much like the founding concepts behind Inspire and Euro-Geographics, for example). National mapping and cadastre agencies (NMCAs) have to come together to understand and track regional and even global climate change phenomena (e.g. El Niño, extreme weather patterns, deforestation, etc.) and enact global geographic standards. On a country or city scale, it’s really all about wide-scale asset management of infrastructure and the built environment (in the developed world). There is a need for NMCAs to become more involved in ‘smart city’ engagement, rapid updating and open-data protocols. In the developing world, NMCAs can help with monitoring climate change effects and providing the geographic data backdrop for environment agencies, carbon trading exchange, tenure security and agricultural productivity.

Do you have a message for the geomatics industry when it comes to climate change?

Yes, it’s time to look beyond the traditional ‘voyeuristic’ geospatial approach where we ‘monitor’ outcomes and look at how we can help drive change. The geomatics industry must change behaviours – in the developed world by engaging with people-centric ‘smart city’ technologies, and in the developing world by providing the governance capacity to deal with robust and resilient land administration systems and their implementation. Climate change could potentially cause 200 million people to become refugees; it’s already happening in Bangladesh. Desperate people do desperate things, and we can’t just sit by and watch it all happen. Yes – provide wonderful geospatial data to government and NGO bodies to help alleviate the problems, but also become part of the solution by helping people to understand cause and effect. Geospatial is an enormously powerful industry; we’re really just starting to flex our geo-muscles and realise our potential to help change the world. But first we have to change our view of ourselves a little.

What would be a satisfying outcome of the Paris conference?

For the world’s governments to all sign up to binding agreements on climate change-reduction targets, to offer compensation to those already – or about to be – affected, and to force industry to face its responsibilities. It’s not a long-term issue anymore. 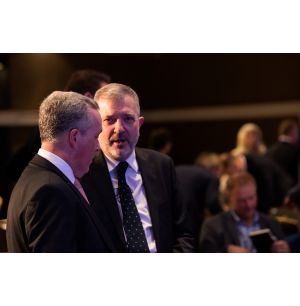 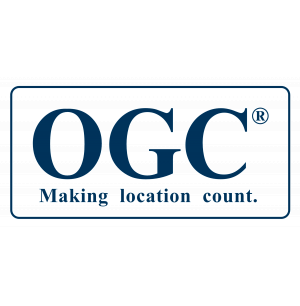