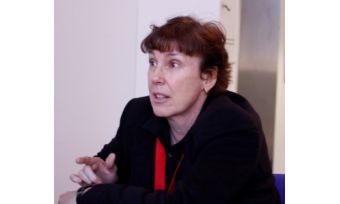 Dr Clarissa Augustinus is chief of the Land, Tenure and Property Administration Section, Shelter Branch, Global Division, in UN-HABITAT. She is the key driver behind the Global Land Tool Network (GLTN), focusing on innovative pro-poor land tools. At the end of July 2015, Augustinus, after more than 12 years of dedicated service, will leave the post in UN-Habitat. GIM International took the chance to ask her a couple of questions with regard to GLTN.

What are the latest achievements in the Global Land Tool Network?

The first version of the Costing and Financing of Land Administration services for Land Agencies has been developed and validated by the land industry and is being piloted. The software codes of the pro-poor land information system, the Social Tenure Domain Model (STDM), have been made public to facilitate further development. The STDM for slums is being scaled up and is already being used in many countries and regions of the world, including in over 4 municipalities in Uganda, by the Mombasa city council (a city of over 2 million people) in Kenya, and in customary areas experiencing urbanisation in Zambia. A methodology for participatory and inclusive land readjustment, which can also be used for slums, will be available in early 2015 for piloting at country level. GLTN partners have created the Global Land Indicators Initiative which has identified indicators for monitoring at the global and country level, as well as for the Sustainable Development Goals being developed by the UN.

Are the tools available now to achieve and maintain global coverage in land administration?

Some of the GLTN tools are more mature such as the STDM and participatory enumeration approach – the latter is often used to generate the data, the Continuum of Land Rights, the Gender Evaluation Criteria which are being used to evaluate the gender responsiveness of land systems in over 40 countries. Other tools are still in the first phase, such as the Participatory Inclusive Land Readjustment which is ready to go to pilot. The Land Indicators will be piloted in a number of countries using a range of methodologies beyond the land registry data. Land-based financing now includes a sufficient body of knowledge for capacity development to be undertaken. Critical tools for land administration still in an early stage of development include: the valuation of unregistered land; customary land tools including for families and groups, which are especially critical for Africa and the Pacific; and land use planning particularly for the peri-urban areas. Tools not yet started include public-private, deceased estates, expropriation and compensation, and the prevention of evictions.

Are the tools accepted and supported by the global community?

The recent game-changing publication on ‘fit for purpose’ land administration by the International Federation of Surveyors and the World Bank has shown a new way to approach land administration, and the publication used a number of the GLTN tools and experiences to argue for that approach. Freehold is now no longer the only way of doing business, and instead the continuum of land rights has been accepted at the global level. In 2011 the countries linked to UN-Habitat approved a resolution accepting the GLTN tools (Governing Council 23/17). The African Union, UNECA and African Development Bank Land Policy Initiative have welcomed the tools and showcased many of them at their first continent-wide inaugural conference in 2014. The Malaysian Prime Minister, the World Bank, a range of GLTN partners, and the Housing sections of some governments and municipalities have accepted the tools.

Do the tools really contribute to poverty reduction?

It is too early to measure the impact using indicators. An early poverty reduction result is that GLTN tools are used by a range of international NGOs to help them to meet the needs of their poor constituencies at national level in over 40 countries in South America, Africa and Asia.

What and where are the bottlenecks?

Ministries of Land do not yet know how to use pro-poor tools. While many in the industry want to see increased coverage in their countries, vested interests remain in the professions. Land needs to be placed at a higher level globally as the politics of land at country level remains a key problem, also in regard to the frequent use of the land registry by the rich to protect their land rights and claims against others (also known as ‘elite capture’). Corruption in the land industry remains high, and many people often do not want greater transparency.