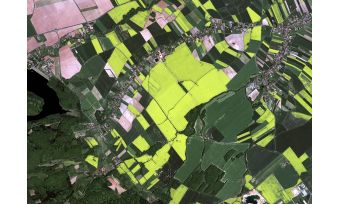 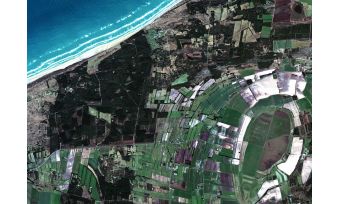 European Space Imaging has finalised the collection of nearly half a million square kilometres of satellite imagery for the European Commission. This marks the completion of its very-high-resolution (VHR) image acquisition for the 2017 Controls with Remote Sensing (CwRS) programme. With a 100% success rate, the company has once again demonstrated its capacity and reliability as Europe’s leading VHR satellite image provider.

The CwRS programme monitors agricultural land for which farmers have been granted subsidies under the EU’s Common Agricultural Policy (CAP), which amount to around EUR40 billion per year. European Space Imaging has been the major provider of VHR satellite data to the programme since 2003.

EU Member States give European Space Imaging an individual collection window for each of the 842 agricultural zones spread all over Europe, and on average it has 51 days to gather the data. This year cloudy weather over Latvia, the United Kingdom, and Ireland made the operation particularly challenging.

Despite the clouds they managed to collect images for over 70% of the zones within two weeks of the window opening, which helps the EU Member States manage their own deadlines, said Dr Melanie Rankl, project manager at European Space Imaging.

From its ground station in Munich, Germany, European Space Imaging takes into account real-time weather conditions before directly tasking the world’s most advanced satellite constellation: WorldView-1, GeoEye-1, WorldView-2, WorldView-3, and WorldView-4. Direct tasking allows it to minimise cloud cover and increase collection efficiency, it was able to deliver the vast majority of imagery with less than 10% cloud cover.

The addition of WorldView-4 to the satellite constellation in May 2017 really boosted the collection capacity, said Dr Rankl. It gathered over 79,000km2 of imagery in less than four months.