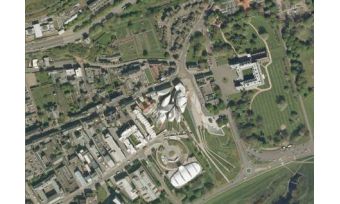 An aerial photographic survey of Scotland was recently completed by Getmapping. The whole of the country has been made available in digital format, and can be supplied either on disk, as specific area downloads from Getmapping.com or via a WMS feed. This is the most up-to-date aerial photographic survey of Scotland so far, with over 80% captured in the last three years using the large-format digital camera technology.

Scotland is difficult to survey from the air for a number of reasons, the main one being the variable weather. Scotland is also very mountainous and high latitudes mean a limited flying season due to less than optimal sun angles. Much of Scotland is also under snow for at least 4 months of the year. In the early spring and late autumn the sun angle reduces the amount of available survey time to less than 90 minutes per day.  A recent break in the weather enabled the last two ‘holes' in the 2011 survey targets, in South Aberdeenshire and Angus to be captured.

Getmapping started its aerial survey of Scotland (including the Shetlands, Orkneys, St Kilda and other islands) in 2004 flying with analog film cameras. Getmapping was one of the first companies to adopt large format digital cameras specifically aimed at helping to capture the whole of Scotland. The survey is now complete using third generation digital cameras. During this time Getmapping has engaged in an ongoing update programme flying year-on-year to create the most up to date data.