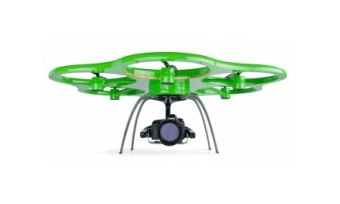 Aibotix, Germany, has announced that Atlanta-based CCLD Technologies, which is partnered with Traxpertise, also of Atlanta, USA, has acquired an Aibot X6 for its own use and has also become the distributor for Aibotix products in the United States. The Aibot X6 is a UAV with advanced, multi-sensor, intelligent guidance systems.

CCLD selected the X6 after thorough review of the commercially viable UAVs in the market. The X6 is the only UAV the company has seen that includes rotor and collision protection with the intuitive guidance system needed to do work safely, said Brett Burke, founder and president of CCLD. Jobs that currently require climbers, such as cell tower, bridge and power line inspections and audits, will be vastly simpler, and this UAV will reduce not only the personal risk to climbers and engineers but also provide the customer-efficient scheduling and production of crystal-clear close-up images of problem areas of whatever structure needed, he added.

In fact, the images captured with an X6-mounted camera are superior because it is possible to manoeuvre the robot into positions giving perspectives outside the structures that people cannot reach, Burke further commented.

Demonstration flights of the X6 have impressed CCLD customers, who see the potential to reduce project costs by an order of magnitude by reducing the need for climbing teams and eliminating the hassle of scheduling expensive, piloted helicopter flights when project scope dictates.

CCLD is gaining experience and moving forward with this X6 agreement now, remaining in strict compliance with FAA regulations for UAV use in the United States, to capture the progressive initial use by governments for law enforcement, transportation, public safety, and disaster assessment. CCLD management is gearing the company up to be a day-one provider for those applications. Commercial usage will follow as soon as permissible.

As a minority company, distributing Aibotix UAVs in to government entities makes perfect business sense for CCLD, Burke said. Building on CCLD’s existing know-how, the company will quickly gain experience in using the X6 for challenging customer applications. Helping others to see its benefits and training them on how to get the most from it are logical extensions of their core competencies.

Aibotix is delighted to establish this relationship with CCLD in the US, said Jörg Lamprecht, managing director of Aibotix. Aibotix needs experts in field engineering and aerial inspection to show the way on how public and industrial needs can be served with UAVs. CCLD has the reputation for excellence that matches up perfectly with Aibotix products, and the company expected to be a superior provider of sales, service and training, Lamprecht added.