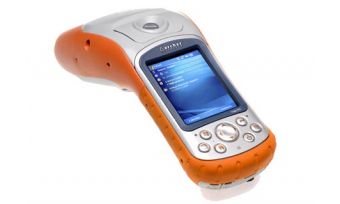 The user simply points the Archer Longbow at a target up to a kilometre away, pushes a button, and captures the target's GPS coordinate plus a picture of the target. It then produces a verifiable, geo-tagged digital image with crosshairs and other information superimposed on the image to precisely record which target was recorded.

Users such as the military, oil & gas industry, utilities, forestry, land surveyors and public works agencies have been using Surveylab's IkeGPS technology for years in situations where targets are difficult to reach or safety is a concern. For example, IkeGPS is making the task of humanitarian demining much quicker and safer for some of the world's leading NGOs working in the most threatening environments. IkeGPS technology is also used in aviation, local government, in water reticulation, in agriculture and in power transmission. IkeGPS is being used to support reconstruction efforts in Iraq and Afghanistan.