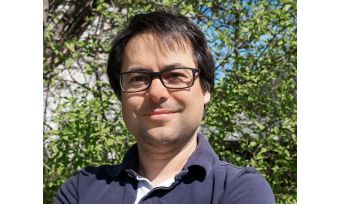 Wingtra, a Swiss manufacturer of professional vertical take-off and landing (VTOL) drones, has appointed Cyril Halter as its new COO. Halter will be taking over Wingtra's operations with a focus on the industrialisation and ramp-up of production to enable forecasted triple-digit growth over the coming years.

Cyril Halter, who is known in the geospatial industry as the co-founder and former COO of senseFly, commented on his new position that Wingtra inspired him with its technologically outstanding VTOL system and the passionate team behind the company's wheel. He stated he has followed their work for a long time and believe that Wingtra has a huge potential to grow even further. Wingtra's successful market entry last year, fundraising, and rapid international growth were a clear incentive for him to get on board and push the industrialisation process.

Maximilian Boosfeld, the co-founder and previous COO at Wingtra, is handing over the COO role to Cyril Halter and planning to focus further on business development at Wingtra. Boosfeld commented that the onboarding of Halter is a huge opportunity that couldn't be missed. With the launch of the high-precision drone WingtraOne PPK, Wingtra team expects to become the most desired UAV in high precision surveying and mapping applications. Cyril Halter is exactly the person Wingtra needs to help reaching this goal. His tremendous industry experience will definitely be put to a good use, he added.

The WingtraOne VTOL design that attracted Halter, is rapidly gaining ground in the industry. WingtraOne takes-off and lands as a multicopter but flies in the air as a fixed wing drone. VTOL technology eliminates the risk of damaging the aircraft while landing, lets the drone carry heavier and thus better sensors (e.g. 42 MP Sony RX1RII) and still allows mapping of large areas. With the latest upgrade, WingtraOne PPK drone offers a combination of large coverage, ultra-high resolution and accuracy down to 1cm. WingtraOne is also among the first VTOL UAVs to be equipped with professional aerial photography sensors.