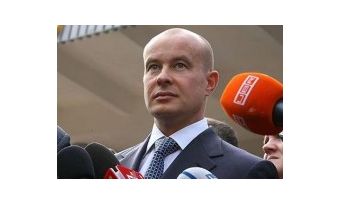 The State Service of Geodesy, Cartography and Cadastre in Ukraine has recently achieved a milestone: the unified National Cadastral System was launched in January 2013. For the first time since Ukraine became independent, paper archives were opened and all data on land brought into a single database in electronic form.

At the same time the public cadastral map has been opened to the citizens and users.

Eurogeographics, the membership association of the European cadastre, land registry and national mapping authorities commented that it already can be said with confidence that the national cadastral system works well. As proof, over 27,000 registrations of new land parcels have been carried out during three weeks of actual work. Through automation of the registration, the process took no more than 5-10 minutes instead of weeks by the previous way of registration. Also during this period, they have issued over 5,000 deeds from the inventory to support land transactions.

Sergey Tymchenko, director general of the State Service of Geodesy, Cartography and Cadastre gave an interview providing more information about the ambitious project, with a budget exceeding USD50 Million which started in 2004 and came to its successful conclusion under his leadership.